With three FEI events occurring this weekend in different parts of the country – many of them containing Kentucky-bound riders looking for one last fitness-peaking prep – there’s much action to recap. CCI4*-S divisions can be found at Chattahoochee Hills (Fairburn, Ga.), Fair Hill (Elkton, Md.) and Twin Rivers Ranch (Paso Robles, Ca.), with Twin also hosting its inaugural CCI4*-L division this weekend. 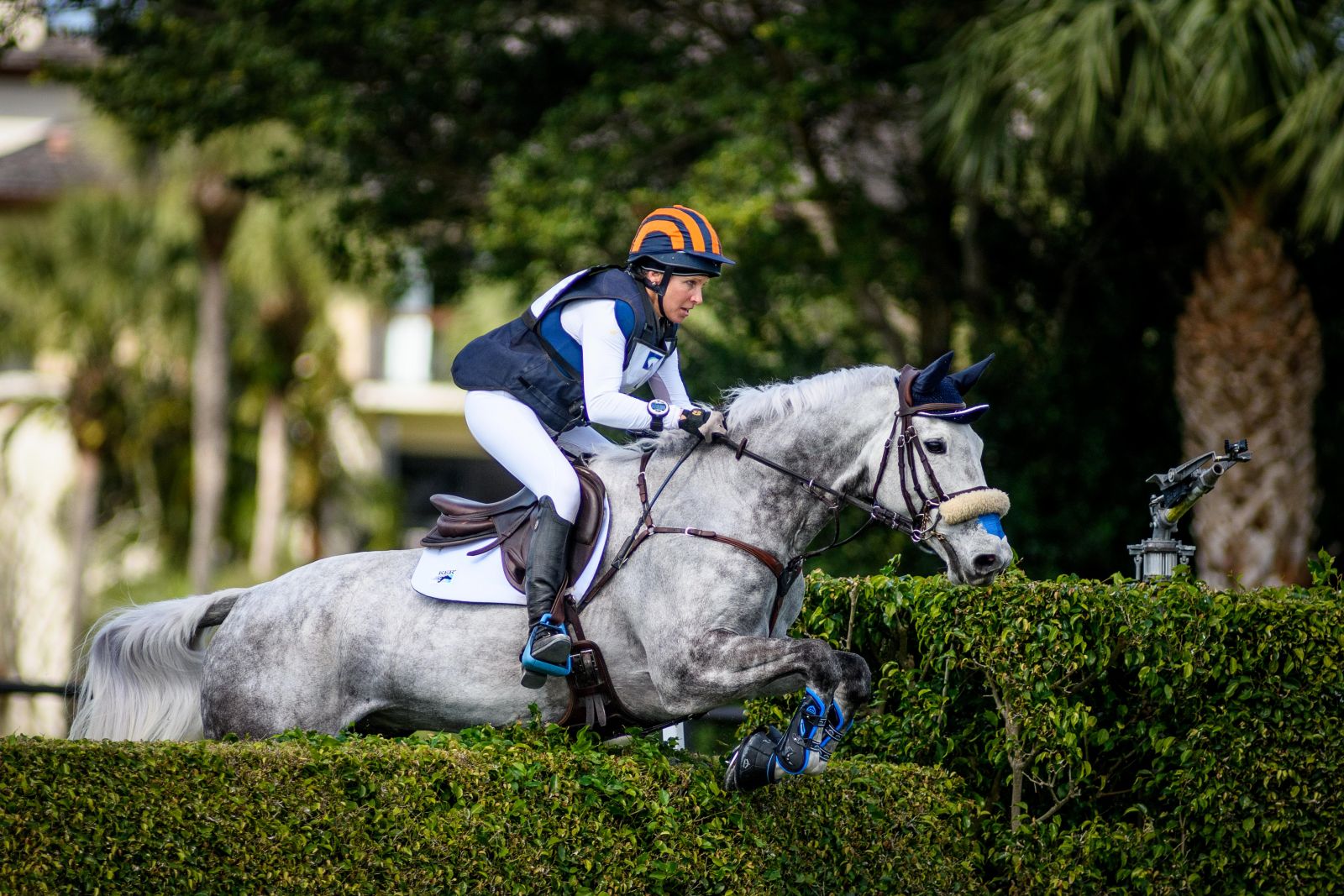 A heavy storm system blanketed much of the southern region of the country with rain today, and competitors tackling cross country at Chattahoochee Hills in Fairburn, Ga. were among those braving the elements.

Liz Halliday-Sharp and The Monster Partnership’s Cooley Quicksilver (Womanizer – Kylemore Crystal) were the best of the CCI4*-S here, collecting 6.4 time penalties to add to their final tally and finishing on a 35.9 ahead of second-placed Lauren Nicholson and Ms. Jaqueline Mars’ Vermiculus (43.2). Both of these pairs will next pack their bags for the Bluegrass state and the Land Rover Kentucky Three-Day Event.

Keeping with the trend of Team Davidson students tearing things up, Natalia Neneman (The Electric Group LLC’s Electric Lux – 43.5) and Allie Knowles (Katherine O’Brien’s Ms. Poppins – 43.8) each moved into the top four after clear runs across the country with time added. Hannah Sue Burnett and Christa Schmidt’s Capitol HIM complete the Chatt CCI4*-S top five on a score of 46.1.

Other winners from Chatt Hills include: 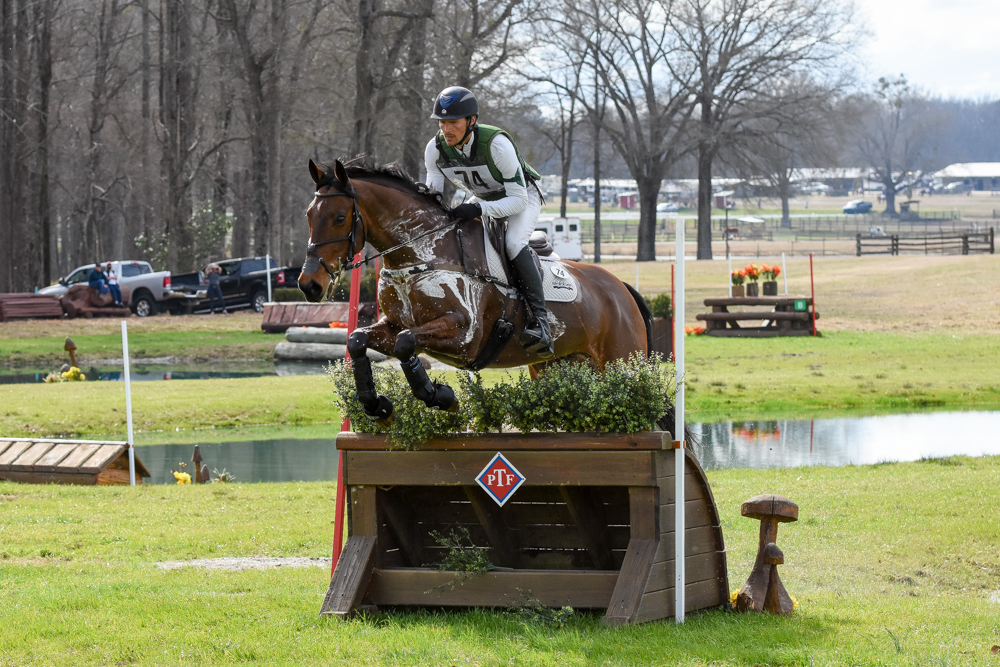 Another Kentucky CCI5*-bound pair, Daniel Clasing and the MW Gangster’s Game Syndicate’s MW Gangster’s Game (Solitair – Fernhill City Girl, by Ghareeb), were the victors in the CCI4*-S division running at Fair Hill this weekend. Daniel added just some time on cross country to finish the weekend on a score o 46.0.

Proud of Tim and Nina Gardner’s FE Connory winning the 3S at @fairhillint wire to wire.❤️I am excited to have his name added to this talented list of horses in memory of Judy Thayer.

Bronte eating it up today! So thrilled with how she jumped and how she handled the course. I did my first Advanced on Bendigo here four years ago, so I picked it for her thinking it would be a nice move-up. It was actually more massive than I remembered last time, and a huge test for her with some properly big combinations! The ground was quite holding in places because of the rain we had overnight, but she ticked along and was just so honest and brave. We need to get the show jumping smoother and will spend some time at SJ shows to sort that out. But what a horse! Counting myself so lucky to ride her.

Thank you Amina Harouna, Char Harouna, Morgan Cillo Connelly, Lucia Hanmer and my Mum for helping out on a very busy morning.

Also of note: a special shout-out is in order to Nation Media family member and Jumper Nation editor Ema Klugman, who debuted her young mare, Bronte Beach Z, at the Advanced level and finished fifth. She also enjoyed a second place finish in the Advanced with her Kentucky-bound partner, Bendigo. Go team!

Quality Time lived up to her nickname of “Miss Perfection”: winning her 2nd Advanced in a row! A little planned time… 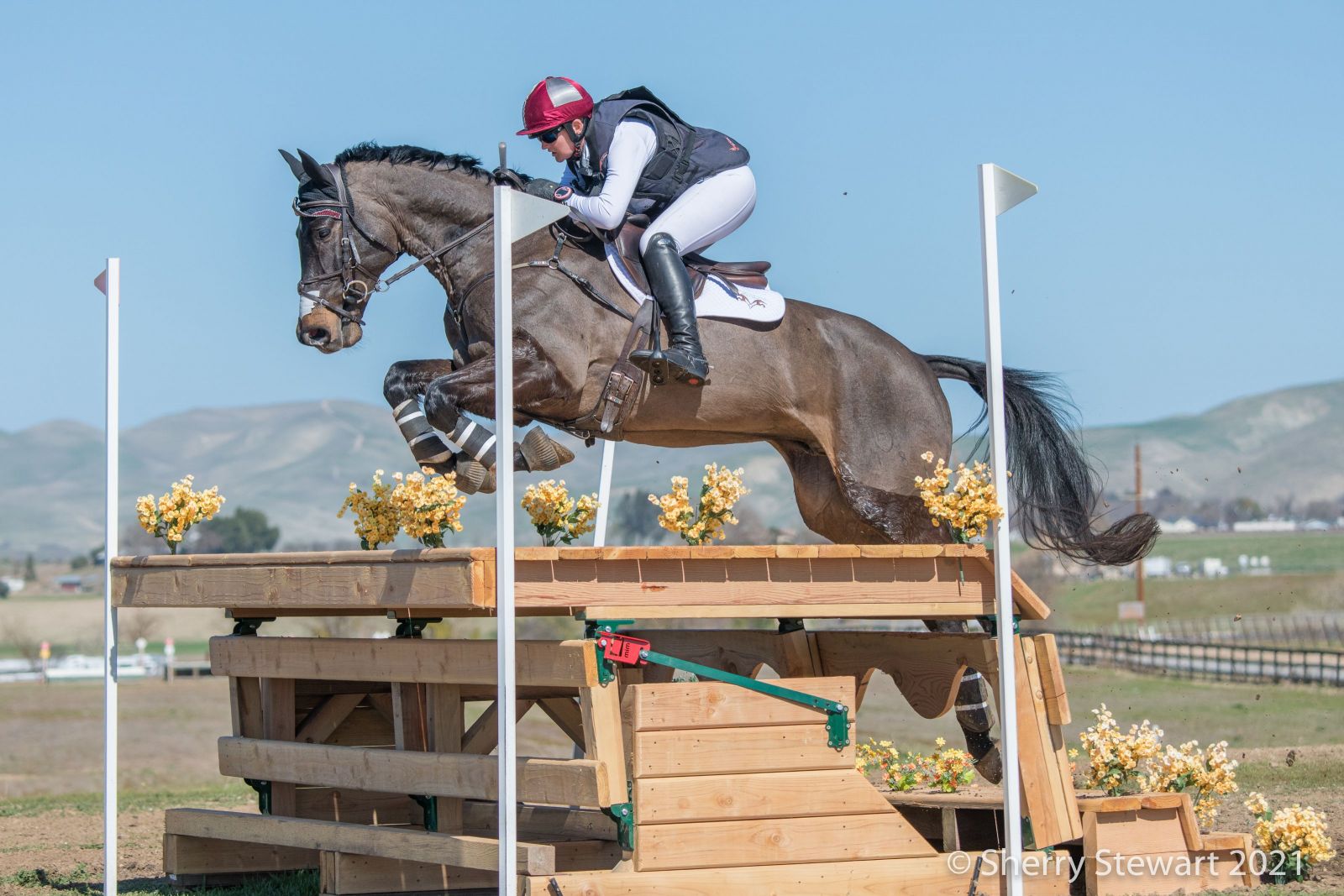 Hugh Lochore’s track at the inaugural Twin Rivers International CCI4*-L was open, bold and flowing and caused no trouble for the majority of the field. After the second phase, it’s Amber Levine with Cellar Farm’s Cinzano (Classe VDL – Walta, by San Patrignano Corrado) still in the driver’s seat after crossing the finish four seconds inside the optimum time of 10 minutes even. They’ll remain on their dressage score of 31.5 to hold the overnight lead ahead of tomorrow’s show jumping.

Swapping places for second and third are Marc Grandia and Team Rebecca LLC’s Campari FFF (Camiros – Tanner, by Ariadus) will take second into tomorrow on the only other double clear effort of the division, finishing two days on a score of 36.3. Bec Braitling and Arnell Sporthorses’ Caravaggio II (Vangelis-S – Courtesan, by Handstretch) picked up a few seconds of time on an otherwise clear run to end their second day on a score of 46.4.

Early second-placed Madison Temkin ran into trouble early on at the first water with a runout at fence 6A aboard Dr. Hart (Skimming – Moving Memo, by Memo), but they went on to complete the rest of the course positively and with poise. They’ll be in fourth place heading into tomorrow on a score of 57.9.

Completing a winning weekend in the CCI4*-S are hometown pair Andrea Baxter and Laguna Seca (Linaro – Indy 500, by Cromwell), who held on to their early lead after show jumping to take home the win on a final score of 53.2. They’re followed in second place by Lauren LoPiccolo and Diego (Vingino – Twilight, by Kojak), who finish the weekend on a score of 60.1.

We’ll have a full report on the day’s action from Twin Rivers coming your way thanks to the hard work of press officer Kim Miller, so stay tuned for much more from California. You can read Kim’s report from the first day at Twin here.