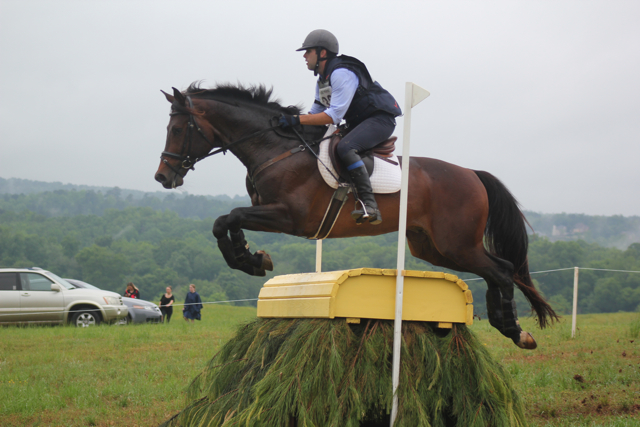 Andrew Palmer and Tatendrang added just the four penalties from a rail in the show-jumping to his winning dressage score to win the inaugural CHC International CIC*. After quite a lot of rain overnight which continued during the morning there were a couple of scratches from this division before the cross country, and some questionable riding, and tired horses but also some sensible riding, some lovely horses and a few really great rounds. 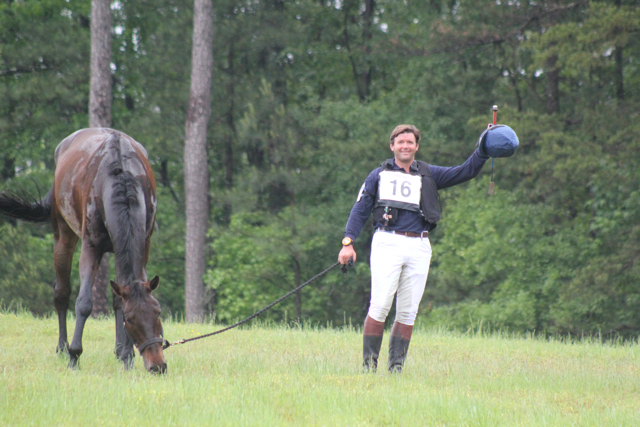 Clayton Fredericks finishes on his dressage score on Catchascatchcan and moves up to second place, and yes, his was one of the great rounds! 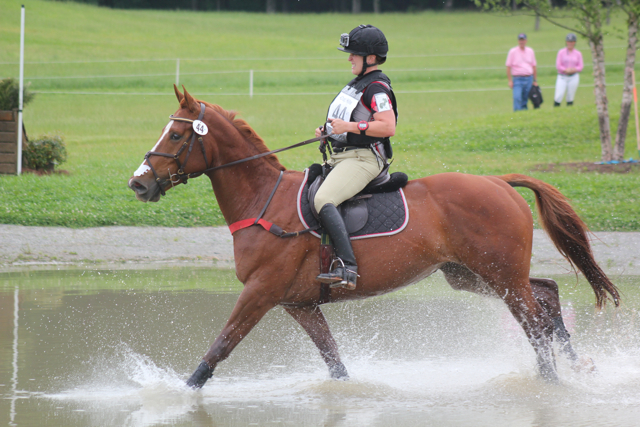 Jessica Shull and Calysta MWF in sixth place. The problems seem to be spread around the course although perhaps the first part of the double in the arena claimed more than it’s fair share of victims; not quite a corner but a narrow edge of a brush fence it tempted some riders to come too quickly and too sharply off the turn, or conversely others to come with too little pace. To me the course looked fair; maybe the conditions made it slightly more testing today but I’ve definitely seen far, far worse. 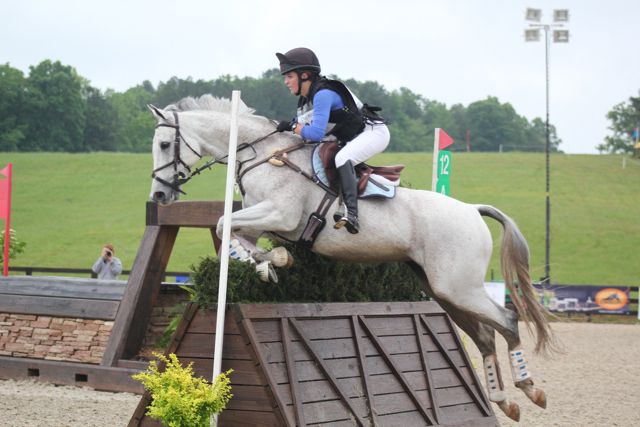 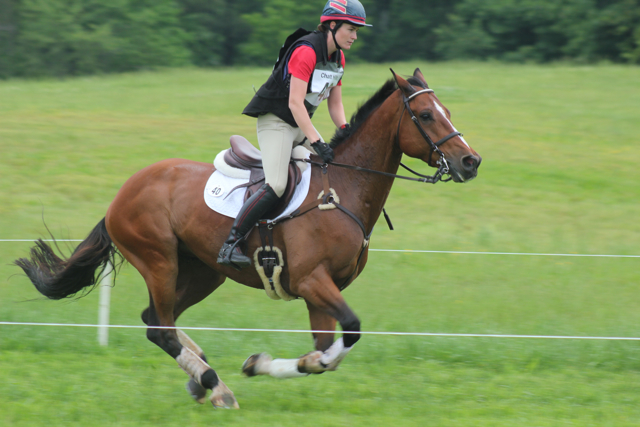 Bonner Carpenter on another nice young horse, this time Picture This, 9th 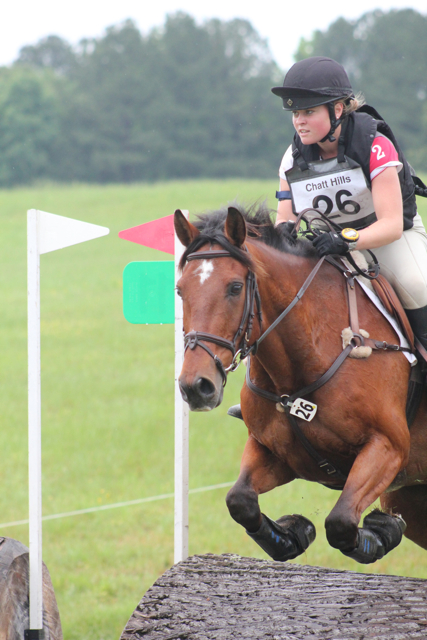 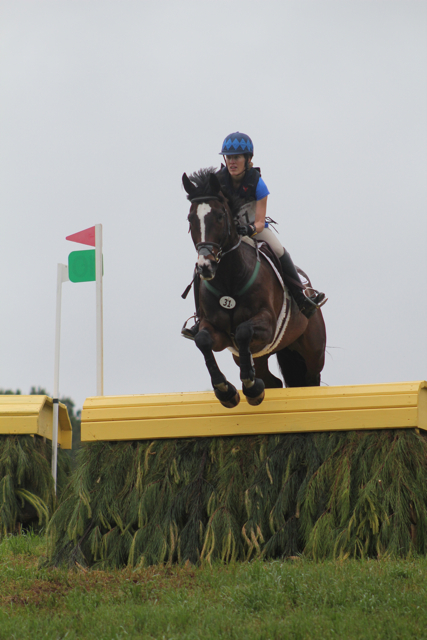 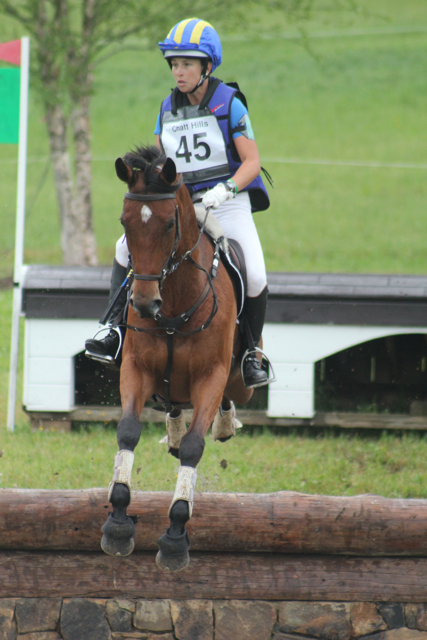 Wheee! It was wonderful to see Andrea back out on Mystic My even though it looked as though she was pulling her arms out and she did have a run out or a stop right near the end of the course; the water here was quite near the end and Mystic My looked as if she was on a mission, I doubt these fences were backing her off much!  The preliminary divisions are continuing as I write this with a lovely view of the arena fences and the rolling Georgia hills  (and looming grey clouds!) in the background.  Beautiful rides by Anna Kjellestrom, Sarah Dunkerton and Ellie Macphail on a simply gorgeous grey horse Rendezvous with Charlie, but still lots more problems for others too. The CIC** begins just before 1pm, followed almost immediately by the CIC*** at 2:30pm so it’s going to be a long and busy day here at Eventing Nation. Thanks for sticking with us, Go CHC International and Go Eventing!