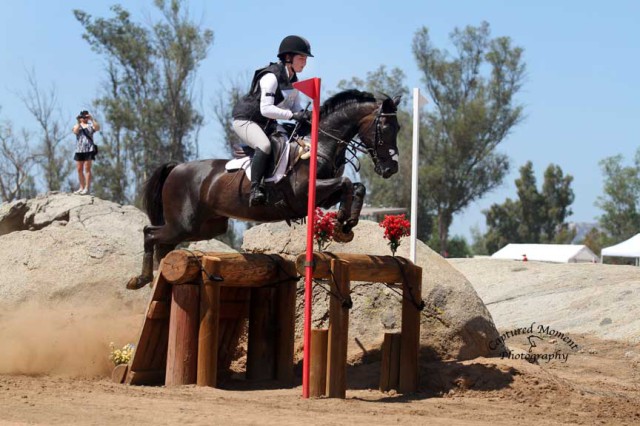 Claire Jan wasn’t shopping for an upper level horse when she first met Artistic Flaire, a 14.2 Morgan gelding. Claire was 11 when she found “Ace” in 2009 as a 5-year-old, and it’s been a journey she’ll never forget ever since she brought him home.

“I was just looking for a good first horse,” Claire recalled. “I was not by any means ready to bring a horse up through the levels. But we went and tried him and it was just one of those cliche moments where I knew it was right.”

Ace has just started jumping, competing in two Novice events before Claire purchased him. They began their career in 2009 together at the Beginner Novice level, finishing fourth on their dressage score in their first recognized event.

“When we got Ace, we were told he’d probably go Training level,” Claire said. “It’s just the way he is; he’s a good jumper and he’s cute but he’s got pony gaits. He doesn’t have a super fancy trot. We just kind of thought he’d be a good, safe first horse.”

Claire and Ace took their time, solidifying their partnership before attempting to move up. Their move up to Training level in 2011 wasn’t without its bumps, but Claire and Ace pressed on and their results began to improve. “When we moved up, it went really well but then we started to have some problems,” Claire said. “We just kept working through everything, and once we did it’s like everything began clicking for us.”

Claire went on to complete two T3Ds with her pony, and she was thrilled to find that he seemed not to find anything impressive or difficult. Claire was beginning to realize that Training may not be the limit for her special gelding.

She intended to continue moving up the levels, and once she had moved Ace up to Training level she began shopping for a horse who could go higher, remembering what she had been told about her pony only being able to go so far. The horse buying process didn’t turn up anything for Claire, so she instead decided to give Ace a shot and see how far he wanted to go.

“I went to California to be a working student for James and Taren Atkinson, and we sat down and talked about our future plans,” Claire recalled. “We made the decision to go ahead and try for Prelim.“ 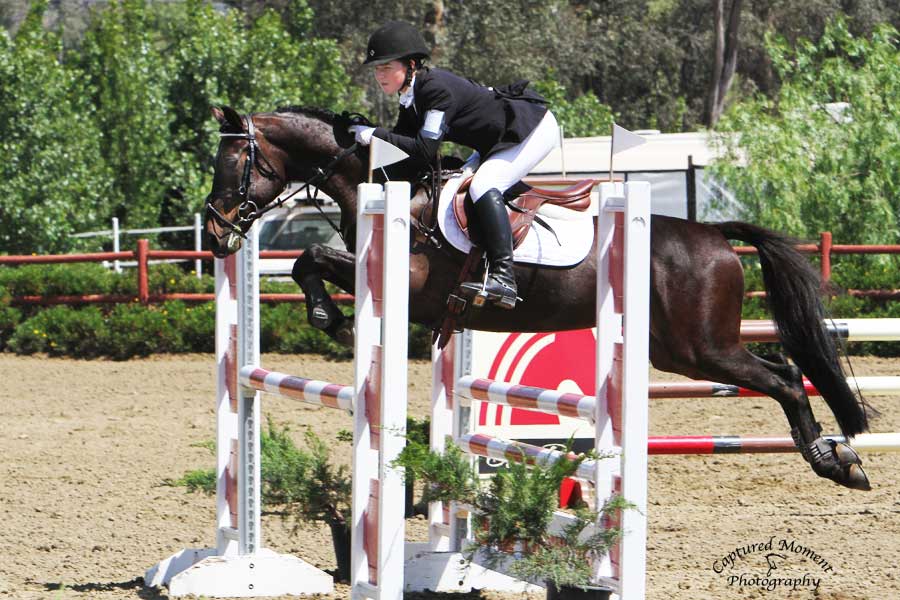 Claie and Ace moved up to Prelim in 2013 at Copper Meadows, finishing seventh after adding just time and a pair of rails in the show jumping. If nothing else, Claire was sitting on a horse who was always up for a challenge.

“He really enjoys stepping up to the plate,” she said. “It’s just his personality. He loves to please. It really helps that he is so game and honest; even when he is a little unsure, he still is always honest and tries his little heart out to make it work.”

Since their move up, Claire and Ace have completed seven Prelims, two CCI*s and one CIC* — very impressive for a 14.2 pony who was only supposed to go Training level. Ace wasn’t done showing what he had yet, though, and he and Claire completed their first Intermediate earlier this month at Copper Meadows.

“I’m extremely happy with how it went,” Claire said. “On paper, it doesn’t look like it was as successful of a weekend as it was. He was so obedient in the dressage, he scored very well. On cross country, it never felt hairy or backed off. It was like he just went out there and told me to hang on. Show jumping was a lot of rider error. I think the mental game of it all got to me, and we had five rails. I just didn’t ride him the way I should have.”

From here, Claire plans to do the CIC* at Twin Rivers the second weekend of April and plans to continue getting mileage at the Intermediate level. Claire’s also hoping to make the trip to the North American Junior and Young Rider Championships in Kentucky this summer at the CCI* level representing Area 9.

“I want to focus on getting more experience now, and then we’ll see if maybe a two-star isn’t out of the question,” Claire said. “I think it would be awesome if he could do more — and I think he could — but we’re just taking it one day at a time.”

Claire knows the game is very much mental when it comes to piloting a pony around a cross country course where the jumps often rival him in size. “I remember my first Prelim, I was walking the course and I thought ‘Wow, this jump is bigger than him,'” she said. “I have to trust that he is smart enough to take care of himself.”

“If he thinks he can’t make it, I think we’re both smart enough to realize it. But it is a bit intimidating to gallop down to something that is wider than your horse  or getting up there and his shoulder is about where the top of the jump is. But he’s quick and agile, and he can get himself out of a lot of sticky situations.”

Claire trains out of Utah, where she returned after her working student stint concluded. Training with longtime coach Robin Sundeen, Claire is enjoying her time flying high aboard her little pony who could.