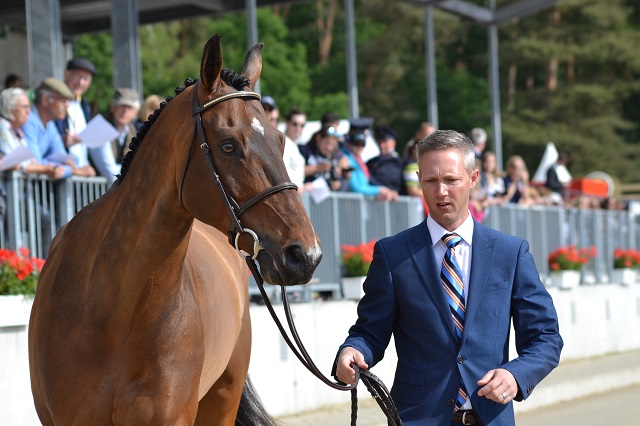 Clark told EN in February that he is strategically not competing in a CCI event this spring and is instead opting to run CICs in his quest to make the U.S. Olympic team with Loughan Glen, a 13-year-old Irish Sport Horse gelding owned by Jessica Montgomery, Kathryn Kraft, and Holly and William Becker.

Event Rider Masters is playing an integral role Clark’s road to Rio, as he’s competing in both the first leg at Chatsworth and the second leg at the Equi-Trek Bramham International Horse Trials on June 11-12, about a week before the U.S. Olympic team will be named.

Clark and Glen competed at Belton last month as their first key spring competition, finishing 17th after adding 7.6 time cross country time penalties and a rail to their dressage score of 42. You can watch a full three-phase video of Clark and Glen at Belton here:

With a string of wins in 2015 (Blenheim Park CIC3*, Somerford Park CIC2*, Belton CIC3*) and a sixth-place finish in the Luhmühlen CCI4* last June, Clark and Glen made a strong case for their inclusion on the team, and now they’re in the final stretch to make their bid through Event Rider Masters.

The series is intended “to be packaged specifically for television, with sophisticated commentary, innovative camera techniques and informed by statistical analysis of the kind used by other televised sports — intended to welcome and entertain new audiences as well as those already engaged with the sport.”

Even better, the entire competition will be streamed live for free on eventridermasters.tv. The CIC format spans two days, with dressage on the first day and show jumping held the next morning followed by cross country that afternoon.

Fortunately for U.S. viewers who wish to tune in, Clark is in the latter half of the 40-entry CIC3* division. His dressage time is at 11:50 a.m. EST Saturday, with show jumping and cross country times to be posted on Saturday night.

Not only is Event Rider Masters a boon to the sport’s accessibility but it also bolsters financial support for the riders. The series boasts a hearty prize money fund of £350,000, which provides £50,000 for each of the six classes and a £50,000 prize fund for the leading riders at the end of the series.

The field chasing that prize money at Chatsworth includes many of the names we saw at Badminton last week, including third-placed Gemma Tattersall. William Fox-Pitt, who was entered at Badminton but withdrew, will be making his first return to an FEI competition since suffering a head injury after a fall at Le Lion d’Angers last fall.

EquiRatings produced a full analysis of the star-studded field, and Event Rider Masters kindly allowed EN to publish the report in full at this link. Who do you think will take the win?

Check out EN’s feature on the series here and visit eventridermasters.tv for everything you need to know about this exciting new series. Scroll down to preview the course courtesy of CrossCountry App.