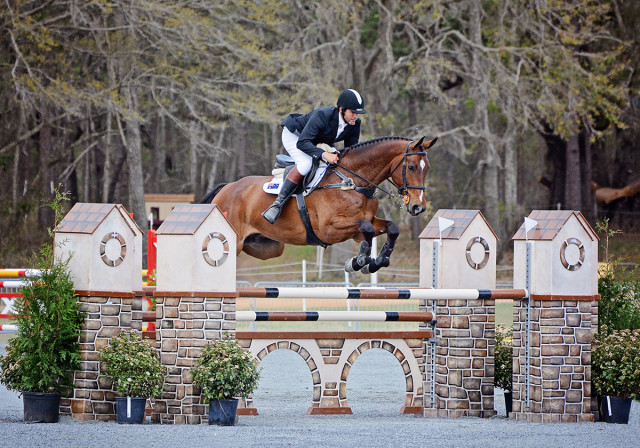 Clayton Fredericks and FE Money Made at Red Hills. Photo by Jenni Autry.

It was Clayton Fredericks and FE Money Made’s event to lose today in the final phase of the CCI2* at the Ocala Horse Properties Festival of Three-Day Eventing. The pressure may have been on, but Clayton kept his cool and handily won the division with a double clear show jump round.

This was the first CCI2* for FE Money Made, and the horse made an emphatic statement by adding just two time penalties to his overall score for a finishing result of 36.2, the only score in the 30s at the end of the weekend.

Also retaining their position from cross country were Hannah Sue Burnett and Under Suspection, who jumped around clear without time to finish on a 40.5, their dressage score. This weekend was a booster for Hannah Sue, and we’re sure she’s thrilled with her results as the Ocala season wraps up.

Julie Richards and her exciting new mount, Sandhills Brillaire, moved from fourth into third overall with another double clear round. This was a qualification run for this pair, who most recently finished third in the CIC3* at Poplar, and it looks as if this partnership is off to a cracking start this year. 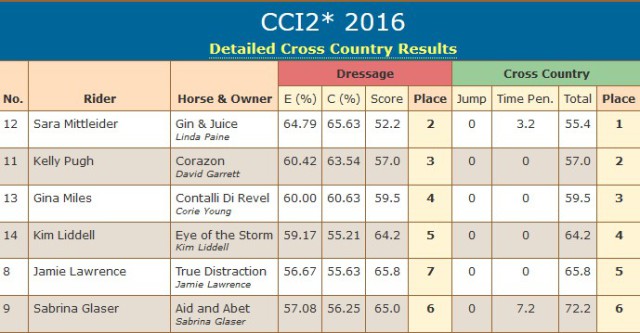 On the West Coast, Kelly Pugh and Corazon picked up the CCI2* win at Twin Rivers thanks to a double clear show jumping effort. They finish their weekend on a final score of 57.0 and their first win at this level. We’re excited to see more from this talented pair in 2016! 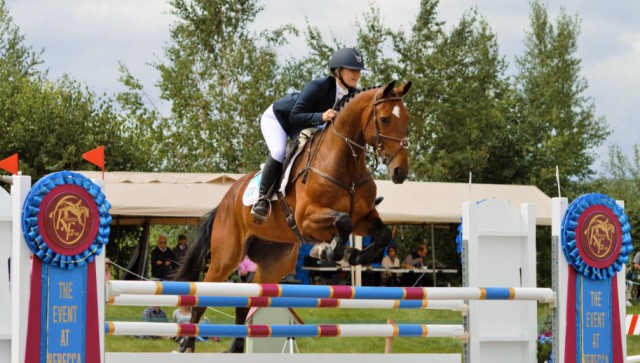 Sara Mittleider and Gin & Juice dropped into second place after picking up four jump faults and some time on the show jump course today; they finish their weekend on a final score of 61.4.

Bringing up third place at Twin are Jamie Lawrence and True Distraction, who moved up from fifth following cross country thanks to one of just two double clear rounds today. This was the first CCI2* for this pair, who most recently finished tenth in their Intermediate division at Galway. They moved up to the Intermediate level last fall after enjoying many consistent results at the Prelim and one-star levels.