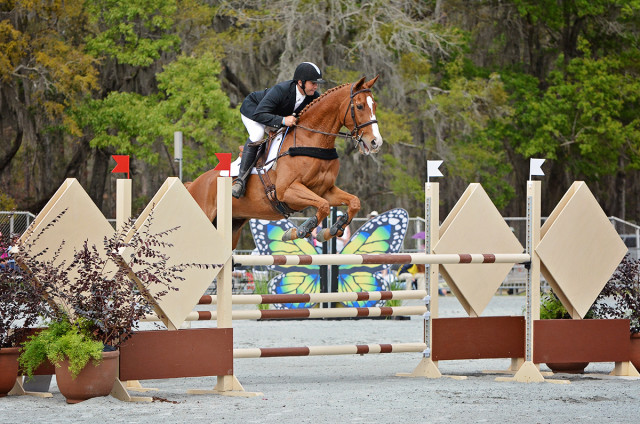 Clayton Fredericks is on a roll at Red Hills. After finishing first and second in the CIC2* last year, he took the win and third place today, as well as a win in the Open Preliminary division. Katie Ruppel’s Houdini, a 13-year-old Thoroughbred gelding, jumped a clear show jumping round to finish first in the CIC2* on 44.5.

With a win under their belts, Clayton said he and Houdini will gradually work towards the 2018 World Equestrian Games, with making the Australian team as their major goal. “I’m being very careful. I don’t want to rush it,” Clayton said. “If we play our cards right, I think he’s got the makings of being on the team.”

Katie has competed Houdini at the Rolex Kentucky Three-Day Event three times, and she said instead of focusing on competing at the four-star level right now, she’s passed the ride to her coach and mentor Clayton so he could aim for WEG and she could focus on her younger, up-and-coming horses. 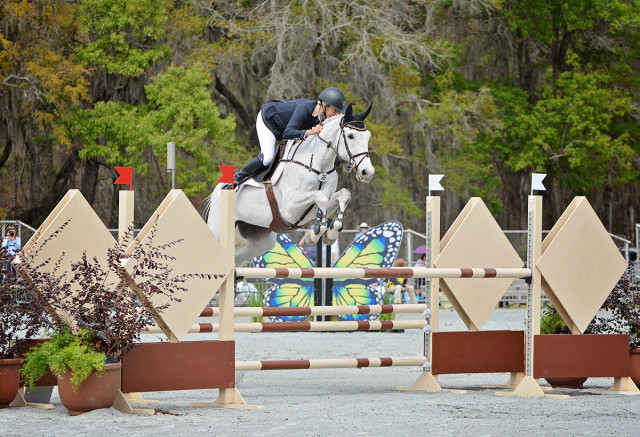 “I know what I am and I know what I’m not. I’m not one of those riders that can ride 10 horses at a horse trial. I can’t do it well. I really want to take a little bit of time and focus on the (young horses). I’m not giving him the ride forever,” Katie said.

“Our plan is hopefully the following year if Houdini is still doing well and happy in his job and sound, I think that Clayton is going to try to help me get to the Pan Ams. I think that’s a realistic goal for the both of us. … I’m just glad their partnership is coming together and they’re doing well and communicating. It’s going to be a fun journey.”

Clayton and Houdini will next compete at Carolina International before aiming for either Bromont or Rebecca Farm to gain their qualification for WEG.

While he joked it’s hardly a fair trade to swap a four-star horse for a 4-year-old, Clayton has given Katie the ride on FE Mardi Gras, one of his homebreds out of Be My Guest, his German Sport Horse mare that finished third at Burghley in 2010 and fifth at Rolex in 2011. 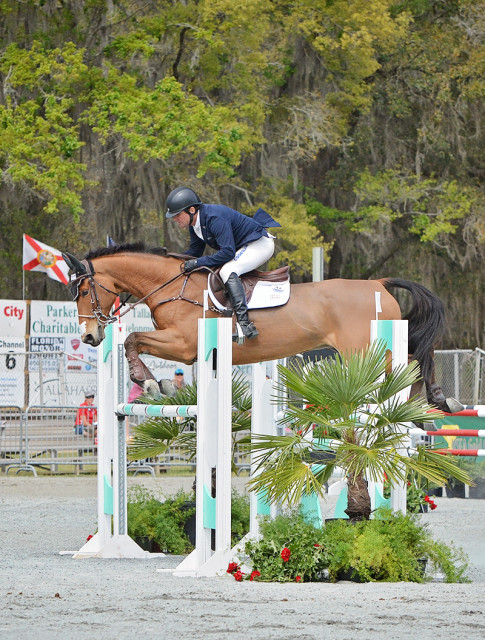 Looking to the rest of the leaderboard, Phillip Dutton and Tom Tierney and Annie Jones’ Fernhill Fugitive also left the poles in the cups to finish fourth on 50.8 in preparation for Rolex. Caroline Martin and Sherrie Martin’s The Apprentice jumped clear as well to finish fifth on 50.9. 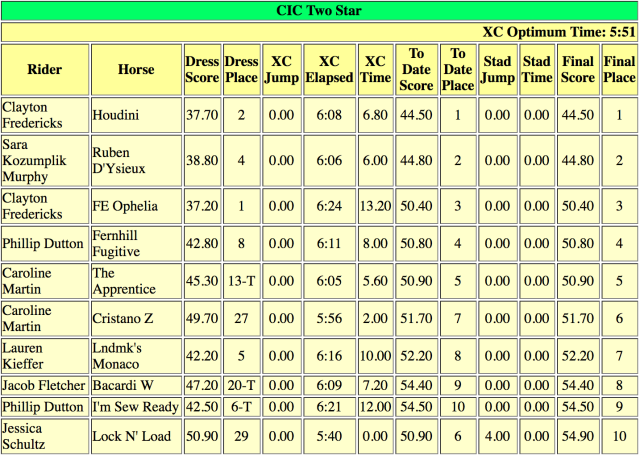