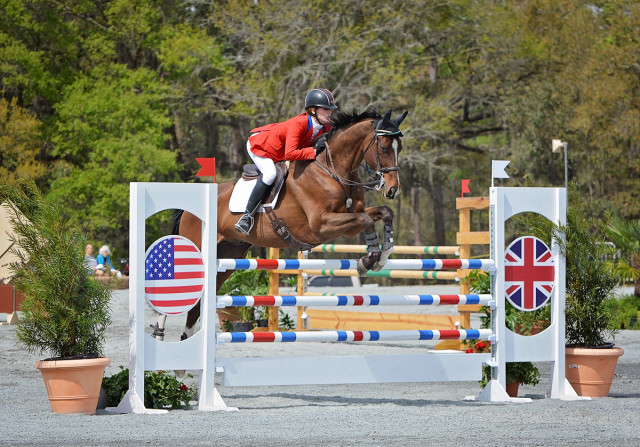 Selena O’Hanlon and John and Judy Rumble’s Foxwood High clinched the win in the Advanced division at Red Hills International Horse Trials today, dropping one rail in show jumping to finish on 36.2. “Woody,” a 14-year-old Canadian Sport Horse gelding, knocked a wide oxer near the VIP tent on Chris Barnard’s course, but Selena said she was still very pleased with how he jumped.

“Last year I had trouble on that outside line near the crowd. He peeked into the crowd and it took away from the arc of his jump. Today I went in and made sure I went around the outside, but I didn’t get a chance to go near the VIP tent. I wanted to make time, and I’d had to hold back in a few places so I did the inside turn and I was a little bit facing the VIP tent,” Selena said.

“It’s a wide enough oxer back there and I think the combination of me being on a little bit of an angle and the width plus him peeking into the tent cost me that rail because he has more step than anybody here. … He’s getting so much more adjustable now and easier to make the time. I  have to remember to do all the tight turns because it’s easy to leave strides out with him but then it gets a little flat.”

Bruce Davidson is her longtime show jumping coach, and she also has benefitted immensely from having Canadian Olympic medalist John Rumble as an owner. “John has hawk eyes; he doesn’t miss a thing, and he’s got Jimmy Elder as his best friend. They both said, ‘Stop interfering with him so close to the fence. You’ve got to leave his head alone and try and get there.’

“So I’ve just been working on suppling his back and making him more adjustable through his body so it doesn’t affect the length of his neck, and I don’t have to touch him right in front of the jumps.” 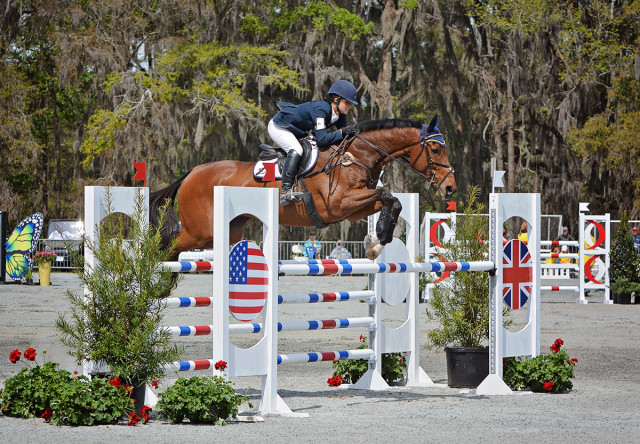 Woody had a long break following the Nations Cup at Great Meadow over the summer and then ultimately being replaced on the Canadian team for the 2016 Rio Olympics, and Selena said she thought that horse deserved a long holiday after such a busy season.

As for how she handled the disappointment of not going to the Olympics, she said the support of great people, primarily her mother Morag, helped her through. “My sponsors never gave up on me; they backed me 100 percent. And my teammates. … They all contacted me and said they were really sorry and I deserved to be there. That kind of camaraderie is why I love eventing, so here I am.”

Next Woody will go back to Ocala and prepare for The Fork at Tryon before going on to the Rolex Kentucky Three-Day Event. After Rolex she will evaluate with the Rumbles whether they want to aim Woody for the 2018 World Equestrian Games. 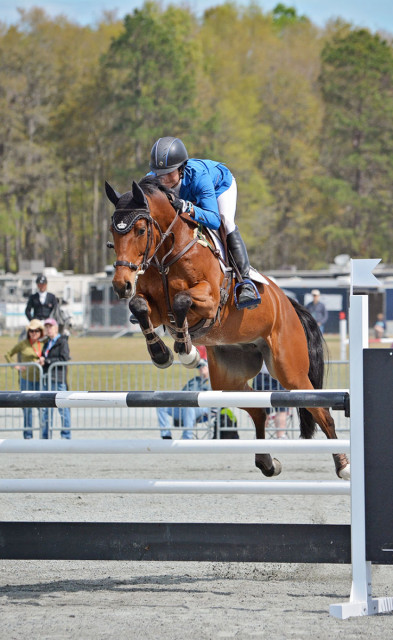 Jennie Brannigan and I Bella. Photo by Jenni Autry.

Whitney Mahlock and her own Military Mind, an 11-year-old Thoroughbred gelding, had one rail down to finish in second place on 38.5. Jennie Brannigan and Tim and Nina Gardner’s I Bella, an 11-year-old Dutch/Holsteiner mare, jumped clear and inside the time to finish third on 51.4.

Just one other combination of the 11 that show jumped managed a clear round and made the time, Jennie Brannigan and Beth Battel’s Stella Artois, to finish fourth on 55.5. Holly Jacks and her own More Inspiration had one rail down to round out the top five on 62.8.

Click here to catch up on all of EN’s coverage of Red Hills. Go Eventing. 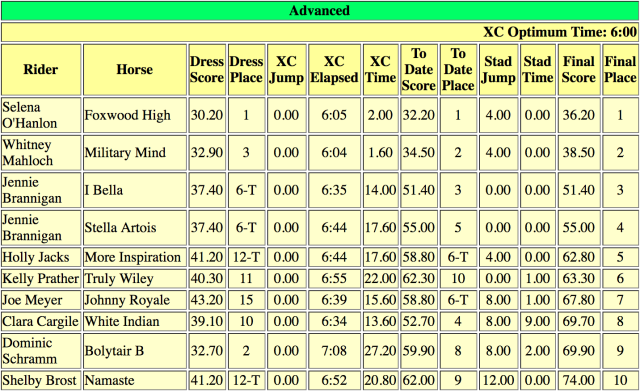