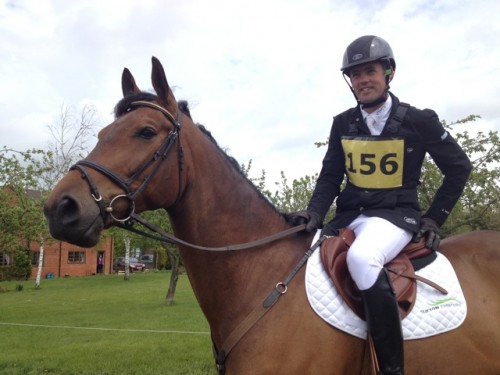 Equestrian Sports New Zealand received notification last week that Clifton Promise’s B sample had tested positive for Reserpine, and now Equestrian Australia is announcing the same grim news about Clifton Pinot, ridden by Kevin McNab at Burghley. The positive B sample results for both horses shouldn’t come as much of a surprise, as the A and B samples were taken at the same time following Burghley. Like Jock Paget, Kevin will now present his case before the FEI Tribunal at a date not yet announced.

Equestrian Australia (EA) has received notification from the International Equestrian Federation (FEI) confirming the B sample taken from Clifton Pinot, ridden by Kevin McNab at the 2013 Burghley International Horse Trials, has tested positive for the banned substance Reserpine.

In accordance with FEI processes Kevin must now provide a written explanation to the FEI. EA has spoken to Kevin who is now considering his options.

Kevin has been provisionally suspended from international and national competitions since his horse Clifton Pinot returned a positive A sample finding for Reserpine following routine testing conducted under the FEI Clean Sport program at the 2013 Burghley International Horse Trials.

EA treats any breaches of doping and medication control seriously and has fully adopted and endorsed the FEI and ASADA anti-doping policies and procedures in this regard.

As the case is ongoing, Equestrian Australia cannot make any further comment at this time.