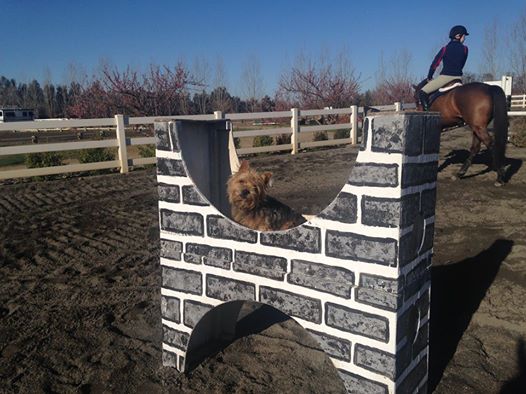 The second day of the Hawley Bennett clinic had a wide variety of challenges. The skinnies from the previous day also featured heavily in the day’s coursework, as well as an exercise reminiscent of last month’s clinic, involving a series of bending lines up the far side of the arena. 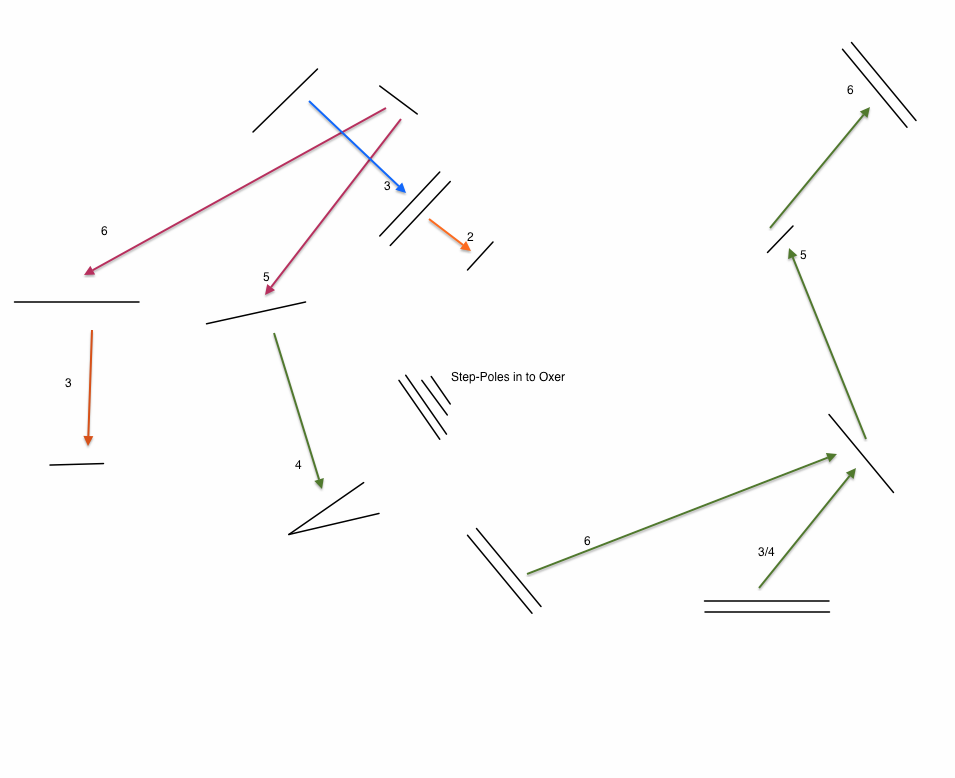 Hawley had riders start by warming up over an oxer with some placement poles ahead of it. This ensured riders were waiting with their bodies and that the horses were using themselves well. As someone who has a tendency to pick all the way to the base of the jump, this warm-up had the added bonus of getting me to let my horse do the work.

The first course mimicked the previous clinic’s broken-line exercise. Riders came down a vertical to corner line in four strides, rolled back to an inviting swedish oxer and rode to another vertical in six. From there, riders were asked to make a fairly challenging left turn to a skinny hay bale and an immediate right turn back to an oxer. The course ended on a long approach to a skinny chevron. The skinny hay bale in the middle of the broken line encouraged riders to set up for the turn and the straightness before the preceding vertical. The long approach to the skinny chevron required riders to ride actively and accurately.

One of the last courses of the day included a simulated coffin series: vertical to faux-ditch in three then to the skinny chevron in two.  The faux-ditch was composed of a tarp and some flower boxes. Hawley pulls no punches, and even though it’s highly unlikely you’d see a Novice course with a skinny out of a coffin series, we were still expected to tackle it. I will admit that I was a bit anxious about it, as I’ve only jumped a handful of ditches, and I’ve been known to catch a foot on the standards of ultra skinny fences, but it rode very well and was an excellent confirmation of putting it all together.

You can check out some of the ways the course was used on the second day in the recap video below. Check out some additional pictures on Dragonfire Farm’s Facebook page!