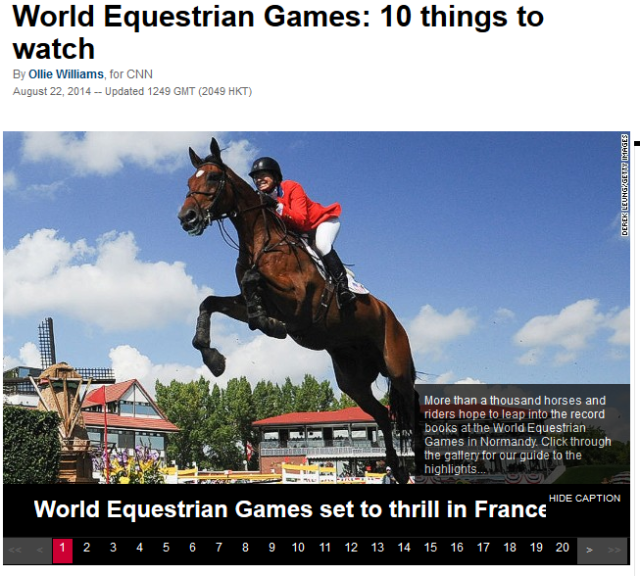 CNN has been making a big effort to broaden its international sport coverage, and the Equestrian coverage has focused heavily on the World Equestrian Games recently. This morning, a preview of WEG was published, and the list contains some exciting highlights to be sure to watch over the next few weeks.

Eventers get a shout-out in the fourth bullet point on the list, “Relish the Royals.” Zara Phillips will be riding for Team Great Britain this year with her veteran partner, High Kingdom, just months after giving birth to her first child, Mia.

What list wouldn’t be complete without mention of Andrew Nicholson? As the equine sport world looks ahead to the 2016 Olympics in Rio, New Zealand powerhouses Andrew Nicholson and Mark Todd get a mention on this list as notable names to watch for both Normandy and Rio.

You can check out CNN Equestrian’s full list of things to watch at WEG here.