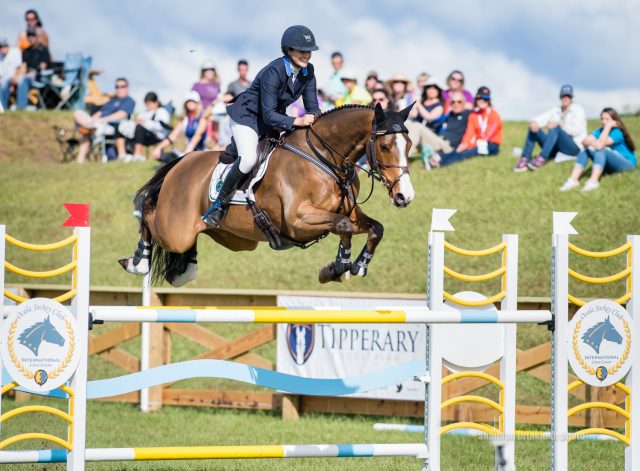 Katherine Coleman clinched the first three-star win of her career today aboard Monte Classico in his own debut at the CCI3* level here at the Ocala Jockey Club International Three-Day Event, leaving all the poles in the cups and adding 5.0 time penalties today to top the leaderboard on 39.5.

Katherine has produced “Monte,” a 9-year-old German Sport Horse gelding (Monte Bellini X W-Sally, by Saami xx) she owns, from a 6-year-old after he was originally sourced through Bettina Hoy in Germany. While she had originally considered taking him to Boekelo for his first CCI3*, she opted to wait until she returned to the U.S. for the winter season.”

“I could not be happier with this horse. This season he’s consistently showing up in every phase, and I think he’s a horse of a lifetime and I’m grateful to have the ride on him,” Katherine said. “He’s a pleasure to ride, and he really jumps. He moved up to three-star this season and he hasn’t had a pole all season. That’s a really nice feeling going into a phase like this, especially when you don’t have a rail in hand.”

Erin Sylvester and Frank McEntee’s Paddy the Caddy, an 11-year-old Irish Thoroughbred gelding (Azamore x Slamy), have yet to add a rail to their CCI show jumping record, jumping clear with just 1.0 time penalty to move up and finish second on a final score of 44.8.

Lauren Kieffer and Jacqueline Mars’s Paramount Importance, an 11-year-old Holsteiner (Pasco X Gesche II, by Louis) owned by Jacqueline Mars, had two rails down in their first CCI3* as a combination to finish in third place on 45.1.

Only two pairs delivered clear rounds inside the time on Chris Barnard’s CCI3* show jumping course: Leslie Law with Voltaire de Tre and Jacob Fletcher with Atlantic Domino. You can rewatch all the action on EQTV Network’s Facebook page and catch up on all the live scoring here. 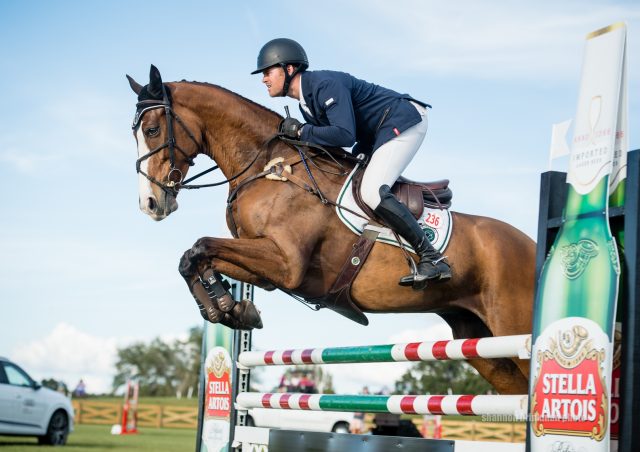 Looking to the CCI2*, Alex O’Neal and Fury H, an 8-year-old KWPN gelding owned by Sally Cox, delivered a clear show jumping round to take a wire-to-wire victory in the CCI2* — his first win at the level.

“I thought he felt really fresh. He gave the jumps a few taps, but he really tried in there. It was a great feeling. I thought he would jump clear all the way,” Alex said. “It’s definitely the biggest win I’ve had, and to do it at home five minutes from my house with my family here is really incredible.

“And with my wife (Ellie) here — she picked the horse and produced him, so I feel really lucky that she’s helped me bring him along after she decided she was willing to give me a shot at him. She’s helped me come a lot way with him. I’ve learned a lot from her.”

Alex said “Marvin” will now enjoy a long break, and then he plans to spend the rest of the winter season honing their show jumping in preparation for a move up to the Advanced level next year.

“I think he’s ready — on cross country he’s a machine. My show jumping coach, Richard Picken, has helped me a lot with that horse. I’ll keep ticking away with him and get him up to the next level. Richard has been a huge change in my riding in the last year. He’s just a great coach and a great supporter, so I feel really confident with him in the warm-up.”

Doug Payne and Starr Witness, a 7-year-old KWPN mare Doug owns with Catherine Winter and Laurie McRee, jumped a super clear round in the mare’s CCI2* debut to finish in second place on a score of 29.6.

Allie Knowles and Casarino, an 11-year-old Holsteiner gelding owned by Katherine O’Brien, also delivered a clear round to move up to third place in the CCI2* on a final score of 30.6.

Looking to the CCI*, Tamie Smith and Ruth Bley’s Danito also jumped clear to take a wire-to-wire win on their dressage score of 22.6. Liz Halliday-Sharp and Pru Dawes’s Gorsehill Cooley finished second on 26.9. Will Zuschlag and Quintana K jumped a lovely clear to finish third on 27.2.

You can rewatch SO MUCH OF THE ACTION on the EQTV Network Facebook page, so we strongly recommend clicking over there immediately. We had an absolutely fabulous competition here in Florida this weekend, and we sincerely thank everyone who followed along with our coverage this weekend. Go Eventing. 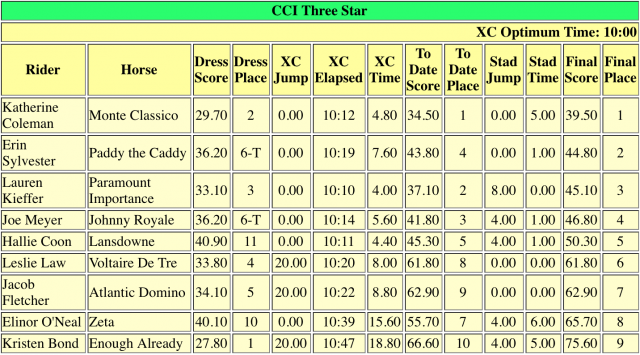 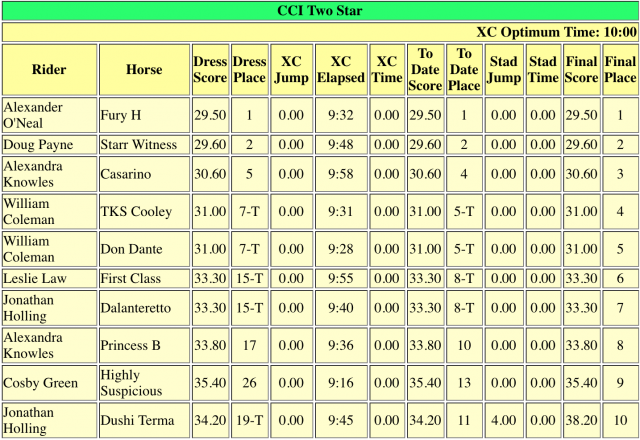 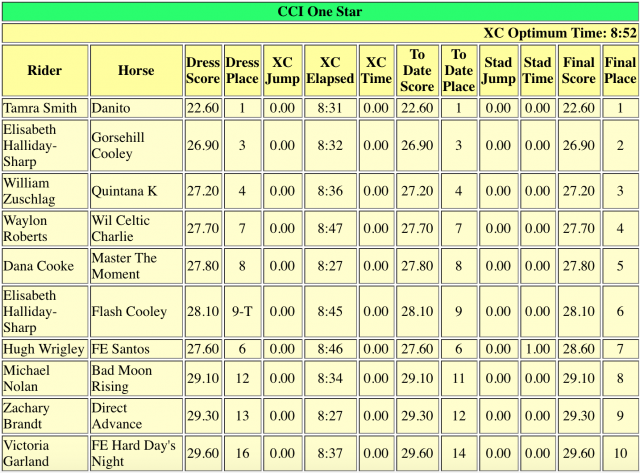