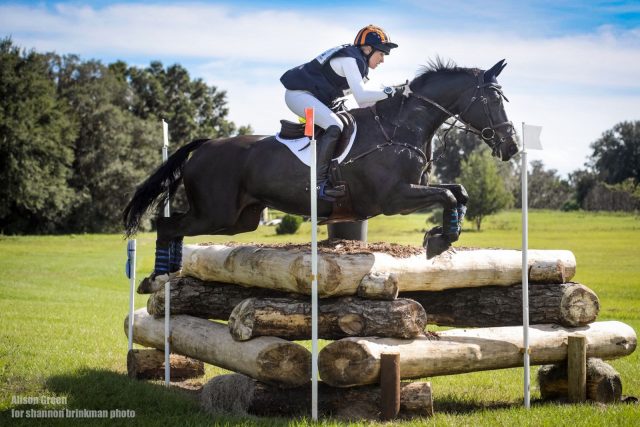 Liz Halliday-Sharp and Fernhill By Night led after the first two phases in the CIC3* at the Ocala Jockey Club International Three-Day Event last year before a runout on cross country stymied their chance at taking the win. She returned one year later to seal the deal, leading wire-to-wire in a decisive victory and adding just 2.8 time penalties on cross country to win on 30.0.

“I was nearly more nervous here than I have been at all the events that I’ve done with him in Europe, which were probably collectively harder courses throughout,” Liz said. “I suppose having a mistake last year, and being back home again — it’s hard to go out when you’re in the lead.”

Liz clinched the first CIC3* win of her career today and her 19th career international win. It is also the first season in which “Blackie,” a 15-year-old Irish Sport Horse gelding owned by her lovely mother Deborah Halliday, has finished the year without a cross country jumping penalty.

“Blackie has been amazing this season. He’s really been brilliant everywhere he’s been. I kept thinking to myself, ‘he’s done a lot of hard questions this year, and he’s good enough to do this.’ He was absolutely fantastic through all the tough questions like the corners and the angled hedges. He got a little bit tired and sleepy toward the end because he hasn’t run in 12 weeks,” Liz said.

“I had not-our-best jump into the last water, which is untypical for him, but I think a year ago he wouldn’t have even fought for me there, and he actually just kept going and got it done. The horse deserves this. We’ve had a long time together and he’s never won a three-star, so this is his time to win. I’m very happy for him.” 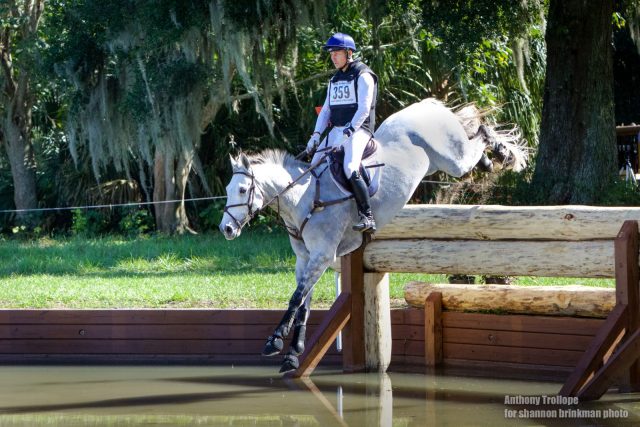 Jon Holling and Team Rebecca’s Avoca Druid were on their own redemption trail after the horse’s CIC3* debut at Stable View last month, when the 10-year-old Irish Sport Horse gelding picked up 40 jumping penalties on cross country.

“Avocado” — can we all agree that’s the best stable name ever for a horse? — was foot perfect all weekend in his second attempt at the level, adding just 4.8 time penalties on cross country today to finish in second place on 37.2.

(We also have to send a special shoutout to Jon and his fabulous wife Jenn, who are celebrating their wedding anniversary today — cheers, you two!)

Jacob Fletcher had a day of highs and lows, falling from Van Gough on cross country but battling back with Bacardi W to rise up from 11th place after dressage and finish third on a final score of 41.6. Bacardi W, a 12-year-old KWPN gelding owned by Fletcher Farms, delivered the fastest round of the day, adding just 2.4 time penalties. 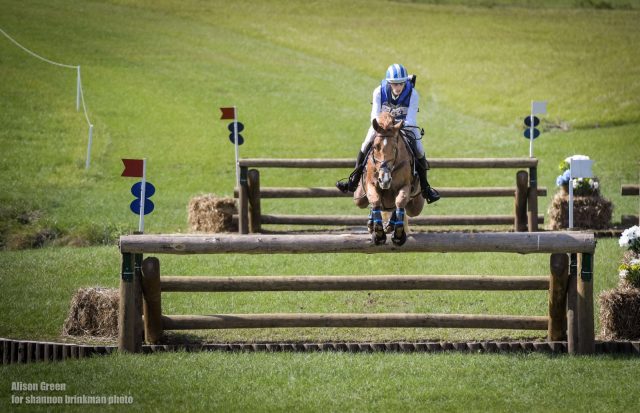 Phillip Dutton finished both of his rides in the top five. Fernhill Singapore, owned by Sue and Shawn Foley, Tom Tierney and Annie Jones, had a steady run in his CIC3* debut, adding 13.2 time penalties to finish fourth on on 46.7. Fernhill Fugitive, who has been sold to Michael Willham and had one last hurrah with his former rider, added 9.2 time penalties to finish fifth on 47.1.

No pairs caught the optimum time of 6 minutes, 42 seconds on Clayton Fredericks’s CIC3* cross country, which caused its fair share of trouble. There were two more rider falls in the division, with Joe Meyer parting ways with Buccaneer and Grace Fulton also falling from Wild Orange. No major injuries were reported.

Click here to view final scores in the CIC3*. You can watch a live stream of the CIC3* clubhouse water complex below courtesy of R.N.S. Video:

Click here to catch up on all of EN’s coverage from #OJC3DE. Go Eventing. 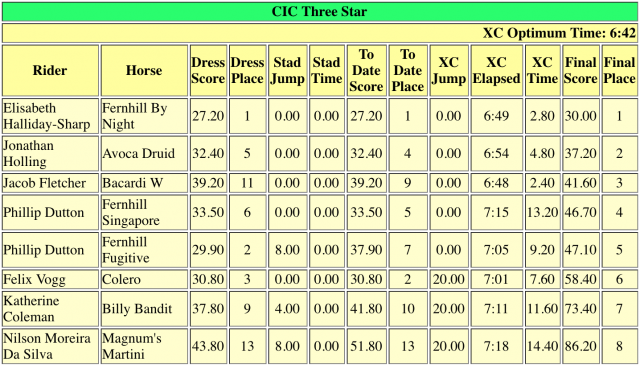