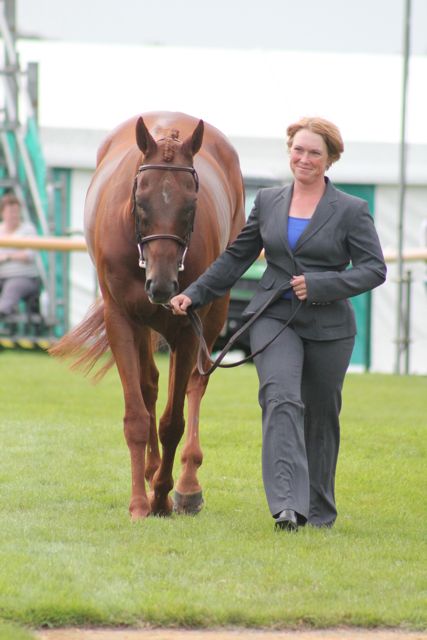 There is one major problem that stands out about the USEF training list that was released on Sunday and the developing rider list that was released Tuesday evening.  Colleen Rutledge didn’t make either list.  This year Colleen and Shiraz were 12th at Rolex and 37th at Burghley as the third highest placed American pair.  Only one pair placed higher than them at both events and that pair is currently on the USEF A List (Sinead and Tate).  Colleen and Shiraz completed clear rounds at two four-stars this year–an achievement that, off the top of my head, only one pair on the lists accomplished (again, Sinead and Tate).  You can tell me that Shiraz doesn’t have the dressage score or the speed to compete in London, but we’re not talking about picking a team right now.  We are talking about a training list and a developing rider list and I think it sends a pretty bad message to ignore such an accomplished and classy pair.  But, enough of what I think.  Colleen herself has written a post on her blog about being left off of the lists.

“After having crawled out from underneath the rock that I’ve been hiding under for the last few weeks (months), I have just a few things to say about the lists. They don’t change what I’m doing or what I am planning on doing. I finished up this year having met almost every one of my goals for my horses, I am riding better than I ever have and I have a awesome plan to go forward. What else do I really need? The people that believe in me, still believe in me and my family is doing great. The only thing that inclusion on a list really would represent to me is an outside acknowledgement of my achievements. It’s just a list made by people who don’t know me, and I just haven’t shown them what they’re currently looking for. But I truly have received my acknowledgement from my horses. They are happy, sound and working better than I could have hoped at this time of year. I have an amazing set of horses who are teaching me so much, but the only reason I do this sport is for me, not for outside accolades. This is fun for me and my horses. This is the game we play…This year has been priceless. What is meant to be, will be. Everyone who has supported me, stood up for me, even just thought good thoughts about me, I thank you. You make this game so much more fun. Now on to next year.”

That’s an incredibly classy way to respond to what must be a crushing disappointment for Colleen.  From getting to know her in a small way this year I wouldn’t expect anything less.  Let’s just say I wouldn’t stop at writing that the selectors didn’t know me.  There’s no way to pick 47 pairs for training and developing rider lists without creating disappointment for somebody, but it seems clear that there should have been at least 48 pairs on the lists if only from the way that Colleen has responded to being left off.