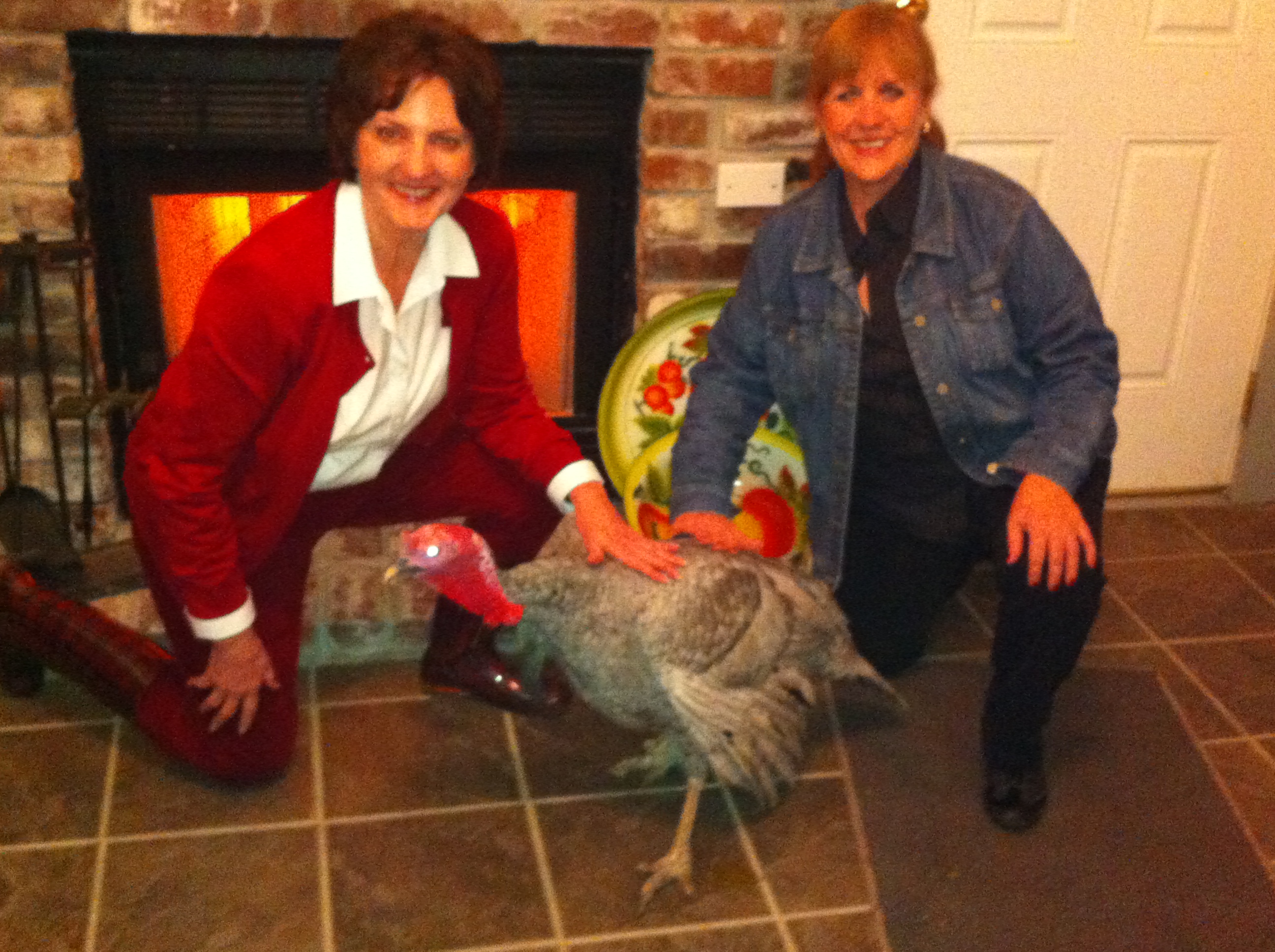 My mother and her best friend caught Thanksgiving dinner…. or made a best friend. Which means- this turkey is one lucky turkey (he will be missing dinner).
As today dragged on and my eye lids became increasingly heavier, I started to get anxious. I realized it was my responsibility to provide you with your Wednesday News and Notes. While this might not seem daunting, it is when you run the possibility of John taking all the links for his afternoon post. As I sat in Sociology, willing my phone to find some serivice, I worried John would steal the links. Yes, a real, legit worry. But, the service rolled in and I was relieved to stalk EN and see there were no links sacraficed. So basically, this entire introduction was to thank you, John. Thank you for not stealing the links on my night to write.
Now, to get your day going, take a look at these dashing grooms in a revealing calendar. Now, if someone could just tell me where to find these handsome men. And how the heck do I get a job with them? Pictures found via ECOGOLD. [Haaat grooms]
NickerNews would like to share a Thanksgiving message. This message probably resembles so many of you. But who has a grand entrance like the one at the end? [NickerNews]
A few weeks ago, at Galway Downs, Barbara Crabo was crowned the winner of the long format CCI* on her mount, Over Easy. However, today Barbara found out she would be disqualified due to Over Easy being 5 (FEI rule is 6). In a statement, Barbara addressed the situation:
It’s just a bummer. When I was going to enter her, I wasn’t sure if 5 was too young, so I    searched to find the ruling and couldn’t find an age listed. Then I called the [U.S. Eventing Association] office, and they looked it up and told me that she could be 5. I went through all of the right avenues and talked to the right people but was misinformed. I feel like the FEI should make the rules clearer and more user-friendly. In my mind she still won, and I don’t feel like I was asking too much. It didn’t make me think that we’re moving up to intermediate immediately in the spring. She’ll stay at preliminary until next summer, but I’m still ecstatic with her. [Over Easy]
In case you missed it, the USEF has released the 2012 Developing Rider list. While there are certainly some talented riders on the list, I feel as though some really talented people have been left off the list. What about riders with multiple top ten CCI*** or better finishes? So EN, who would you liked to have seen on the Developing Rider list? [USEF Developing Riders]
In some sad news, Canadian Olympic Dressage horse, Seafox has passed on at the age of 29 after enjoying 9 years of retirement. Leslie Reid and Seafox competed at Grand Prix until he was 17 years of age. For the next few years, Seafox taught Leslie’s young rider students the ropes of upper level dressage until he was officially retired at the age of 20. We would like to extend our sympathies to Leslie and all of Seafox’s connections. [Seafox]
Sinead Halpin is always great at blogging. But this one gave me goose bumps. I LOVE Sinead. I admire her dedication, her drive, and her shear will to win. To get your inspiration on, read this blog. [READ NOW] Oh ya, I agree with Sinead, Ham is BETTER than turkey.
One of EN’s favorites is looking for a working student. If you are hard working and want to be in an awesome, competitive and extremely educational environment, consider applying. Who wouldn’t want to spend all day in Boyd Martin’s presence. Yes, I love talking at Boyd. Please accept it. [Work for Boyd]
Best of Blogs: Colleen talks about being left off the training lists
Go eventing.