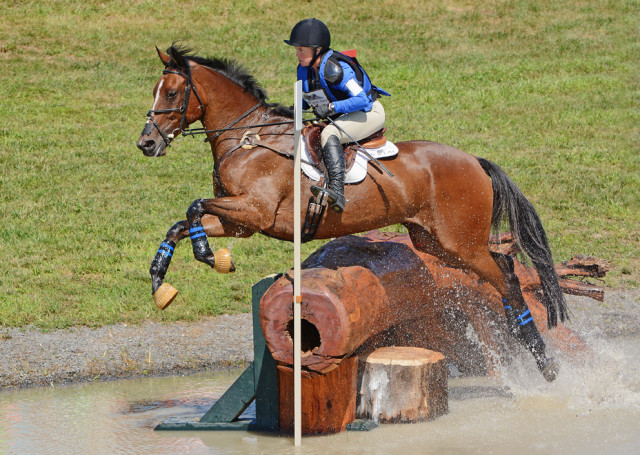 The USEF has just named Colleen Rutledge and Covert Rights as additional members of the U.S. Nations Cup team that will be competing in the CICO3* at Aachen this week. This announcement comes on the heels of an invitation for the U.S. to field a full team of four horses and riders.

Colleen and Covert Rights are having a remarkable season in 2015, and they’ve been given the opportunity to travel overseas this summer and fall thanks to the fall competition grants awarded in July.

The USEF previously announced that, should the U.S. be invited to send a team to Aachen, travel grants would be given out depending on how many slots were open, and Colleen was on the list of potential recipients. Colleen also received a Jacqueline B. Mars Competition Grant to compete at Burghley in October.

Covert Rights traveled to Europe last week, and he and Colleen will join the other team members at Aachen for the First Horse Inspection tomorrow. The start list has not yet been updated with Colleen and Covert Rights, but should be updated prior to the start of competition.

Lynn Symansky and The Donner Syndicate’s Donner, a 2003 Thoroughbred gelding

Colleen Rutledge and her own Covert Rights, a 2006 Thoroughbred Cross gelding

Jenni has arrived on the grounds at Aachen, so stay tuned for much more and please join us in wishing our U.S. team the best this week. Go Eventing!