Collegiate eventing is a growing sport among college athletes, offering an alternative to the traditional hunter/jumper, saddleseat and western options typically seen in athletic programs. We begin our new series on collegiate eventing with the University of Georgia. Do you have a tip about a college team or rider? Email [email protected]. 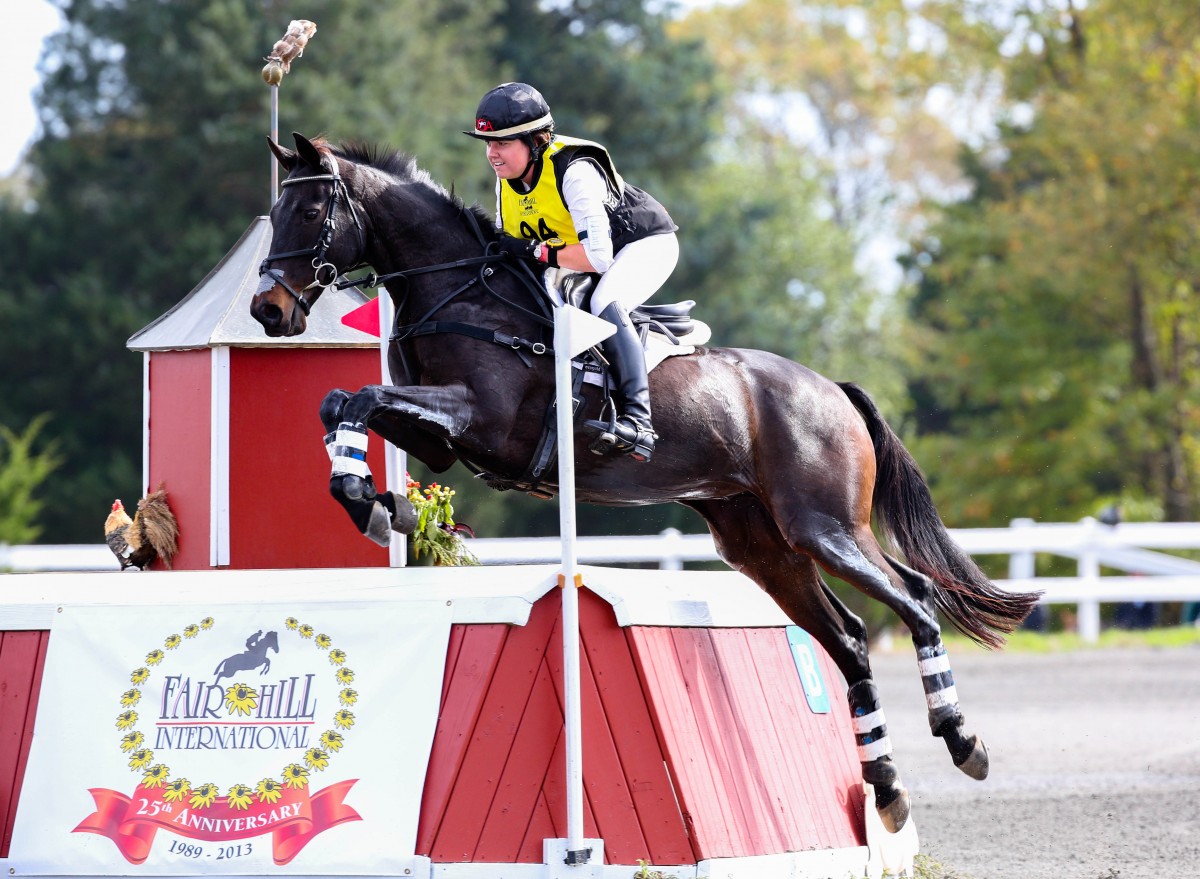 Libby and Sir Rockstar at Fair Hill this year, their first CCI3*. Photo by Alec Thayer.

Libby Head is a student on the University of Georgia’s eventing team, which we featured last month. Libby and her 15-year-old OTTB Sir Rockstar have had quite the breakout year, culminating in their successful run in the Fair Hill CCI3* on a cross-country course that took many victims. Libby and “Rocky” finished 12th at Fair Hill, putting themselves firmly on the map of the American eventing scene. I caught up with Libby, and she was gracious enough to tell me all about her and Rocky’s partnership and their plans for the future.

Libby came upon Sir Rockstar in 2008 when he was 10 years old. At the time, Rocky was enduring neglect that had led to anemia, and he had not done a whole lot in the eventing world besides one Novice event, from which he was eliminated. It did not take long, however, for Rocky to flourish under Libby’s care. He quickly showed his aptitude for jumping, although to this day he still struggles with nerves in the dressage ring. 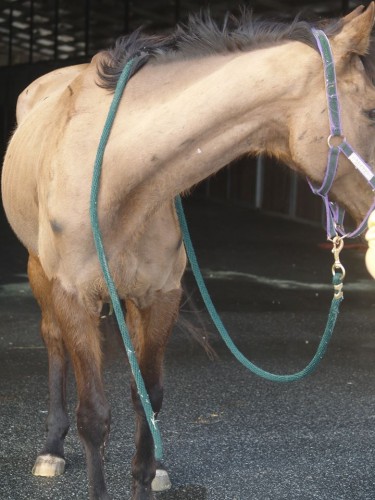 Rocky on his first day with Libby in March of 2008.

A few short months after beginning their partnership, Libby and Rocky placed fifth in the Beginner Novice division at Poplar Place, and Rocky’s eventing career was launched. “Riding at the top level was always a dream, but it always just seemed too far away,” Libby said. “When I got Rocky, he just kept showing me how good he was, and now it’s become a reality.” 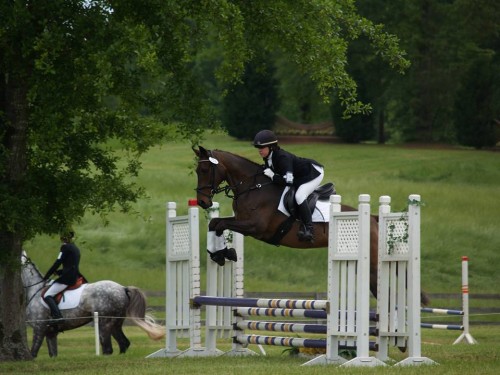 Libby and Rocky at their first event together in May of 2008.

Rocky is the first horse on which Libby competed above Preliminary. In 2012, Libby and Rocky made the move up to Advanced, also at Poplar Place, finishing seventh. From there, the pair didn’t look back, and their whirlwind tour at the Advanced level came to a head at this year’s Fair Hill CCI3*. “I was really nervous about cross country at Fair Hill because it was definitely the biggest I’ve seen,” Libby said. “I was pretty early in the order of go, so I didn’t really hear about the problems the course was causing.”

As we all know by now, Libby and Rocky absolutely rocked around the cross-country course, making child’s play of a difficult track that caught out many veterans throughout the day. “The course seemed pretty straightforward, but it definitely wasn’t easy. Rocky helped me out everywhere, which he usually does,” Libby said. “He’s pretty natural with it and definitely enjoys it.” 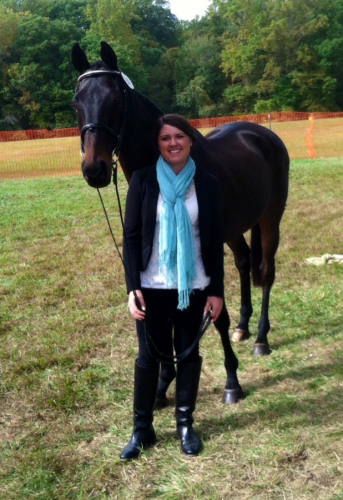 Libby at the Fair Hill jog. Photo from Ellie Thompson.

After such an impressive round at Fair Hill, Libby returned to Georgia to get back into the routine of school and horses. Libby is a senior at UGA, where she studies Animal Science. Libby admits that her primary focus has been campaigning Rocky, but she still finds the time to ensure that her studies are taken care of. This winter, Libby plans to head to Florida to train with Kyle Carter, and the goal for 2014 is to compete at Rolex.

“We haven’t really hammered out the spring schedule yet. I really pushed it with school to compete at Fair Hill, so Rolex will take a lot of adjustments.” Libby said. “As far as Rocky’s competition schedule, he was in the dressage ring every weekend leading up to Fair Hill, which really seemed to help him there. So this winter he will hopefully do a couple of dressage schooling shows.”

Libby and Sir Rockstar have certainly had a Cinderella-type tone to their story together. Libby has done quite an impressive job putting herself and Rocky on the map, and both of them certainly seem to be enjoying their journey. We would like to wish Libby the best of luck as she prepares for a competitive spring calendar. Thank you to Libby for taking time out of her busy schedule to chat with me. Go Libby and [email protected]