Collegiate eventing is a growing sport among college athletes, offering an alternative to the traditional hunter/jumper, saddleseat and western options typically seen in athletic programs. We begin our new series on collegiate eventing with the University of Georgia. Do you have a tip about a college team? Email [email protected]. 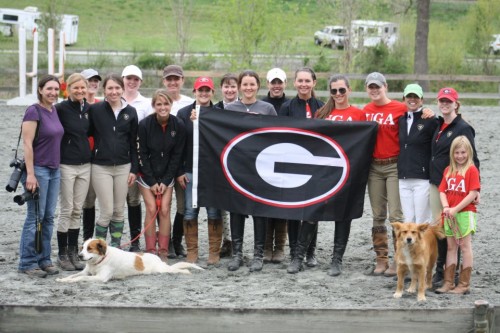 The University of Georgia has laid claim to many an NCCA equestrian title, so these students are no strangers to equine sport. As a former member of the UGA Intercollegiate Horse Show Association hunter/jumper team, I can attest to the potential for an involved equine community on campus. UGA is currently home to both an NCAA-level team and an IHSA team, both of which compete in their respective circuits representing the school. Until recently, the school had no eventing presence. This is where team president Jorja Miller stepped in after seeing a need for an eventing team.

Jorja hatched the idea for an eventing team after meeting other eventers who wanted to keep competing in college, and she worked closely with NCAA team members from other equestrian sports to formulate a plan to get the eventing team off the ground. Together, Jorja and her newfound advisors were able to come up with a Collegiate Challenge, in which schools bring a team of up to four members competing at any level. In order to keep all levels equal for scoring, each level receives its own coefficient to determine the team’s score. This keeps the challenge open to more schools that might not have four riders competing at the same level. 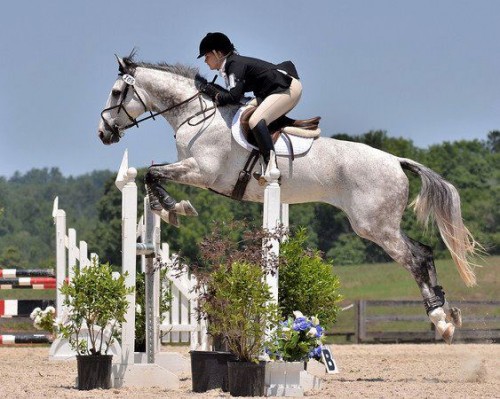 Once the eventing team at UGA launched, the popularity increased. The team currently boasts 27 members at both the undergraduate and graduate level, as well as alumni members. The team welcomes members of all levels and currently has riders actively competing from Beginner Novice all the way up to Advanced. If a member does not have his or her own horse, the team is able to assist the member in finding a suitable lease for competition. Non-riders are also welcome to be a part of the team, helping out and cheering their teammates on at competitions.

Currently, the UGA team is gearing up for the College Team Challenge at Chattahoochee Hills on Oct. 26 and 27. Riders from schools around the area, such as Clemson University and the University of Kentucky, will be proudly representing their universities. Jorja and the rest of her team members hope the team’s success at competitions will help them attract more attention and, ideally, support from the school. Jorja said that the ultimate goal is to be able to join the ranks of the NCAA, and although this is a long and tedious process, it appears UGA is well on its way. For more information on the UGA Eventing Team, visit the website or Facebook page. Go Eventing, and Go Dawgs!