Collegiate eventing is growing leaps and bounds.  We’ve featured quite a few colleges, including the University of South Carolina-Aiken, Alabama, Clemson, Georgia, Virginia, UC-Davis, and Otterbein University.  The latest school joining the crowd is Transylvania University from Lexington, Kentucky.  Many thanks to Ivy Johnson for writing, and thank you for reading. 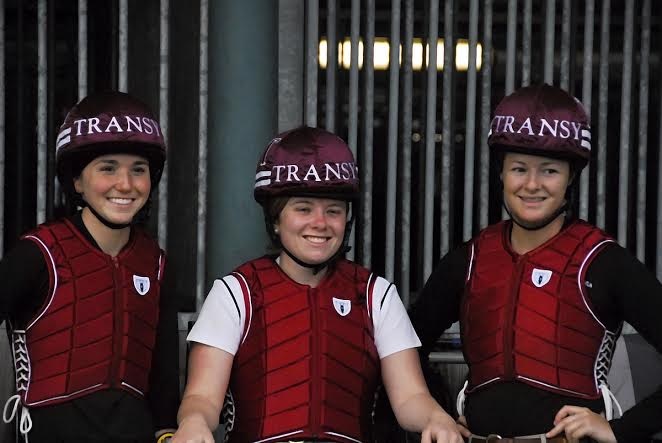 Hey everyone! My name is Ivy Johnson and I am a senior on the Transylvania University Eventing Team. This weekend our team (all three of us–we’re still a fledging team!) came down to the Poplar Place Horse Trials for our first official outing as the Eventing Team. I am the oldest member: I grew up in Pony Club in Lexington,KY and evented through most of high school,but stopped riding for the most part when I came to college. This past summer, I learned that Transylvania had hired a coach with an eventing background to be the Equestrian Team coach,and I was convinced to get back in the saddle (after I took the LSAT in October) and join the team.

The team consists of myself and my mare Molly Malone, freshman Charlotte Pruet and her mare Flicka, and freshman Hannah Williams and her gelding Brighton Beach. Our coach is Tanya Davis.

At Poplar, Hannah and Charlotte competed at Training Level. Charlotte finished 5th and Hannah finished 9th. I competed in the Novice division (it’s been six years since my last event-I’m still a bit rusty!) and had a blast, finishing on my dressage score with two double clear jump rounds.

The hope is that we attract as many promising young student eventers to Transylvania, and establish the team early on in the world of intercollegiate eventing. We are very lucky to have lots of support from the athletic department at Transylvania, which has made a world of difference in terms of the team’s ability to actually come to fruition.