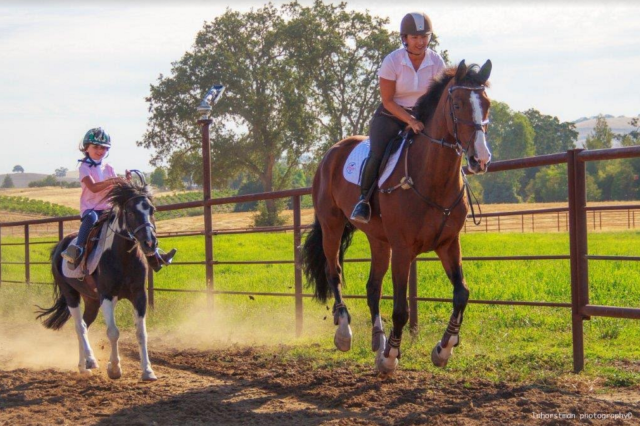 The mom-daughter duo of Gina and Taylor Miles had a big weekend of firsts at Copper Meadows!

Gina won first, literally, in the CIC2* on Lanacapri, an 8-year-old Oldenburg mare owned by Liza Jane Macnaughton. The pair moved steadily up the leaderboard from fifth after dressage to first on the wings of double-clear cross country and show jumping rounds.

Taylor, age 10, accomplished a big first as well, finishing sixth in her first Beginner Novice horse trials on Philippa, a horse she’s been riding since literally before she was born.

“I was pregnant with Taylor when I was riding and competing Philippa!” Gina says. She imported the Holsteiner mare from Germany as a 5 year old and campaigned her through Advanced, and now, at age 18, Philippa is showing Gina’s daughter the ropes of eventing. 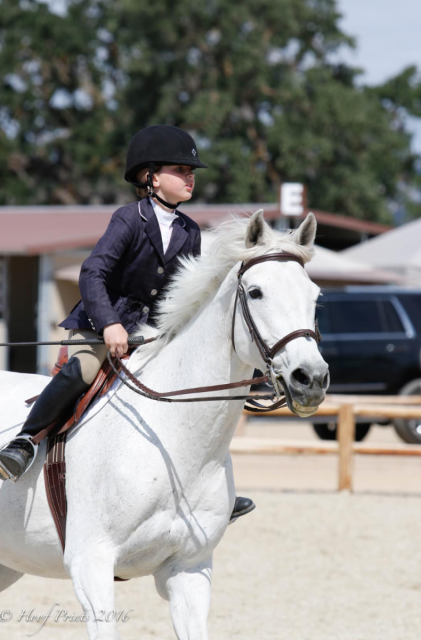 Taylor first competed at Intro this year in February at Fresno and has been wanting to move up to Beginner Novice, but the pony she was riding wasn’t quite scopey enough to do the level.

“Taylor started showing Philippa this winter, riding her in the .65 at Thermal, but I was reluctant to let her take her out cross country as Philippa does still have a lot of scope and I was worried that Taylor was too little to be able to control her out in the open,” Gina says. “After riding ponies that needed a lot of ‘kick,’ she has had to transition to one that has more of an engine! But after we schooled the cross country at Twin Rivers, we decided to give it a go!” 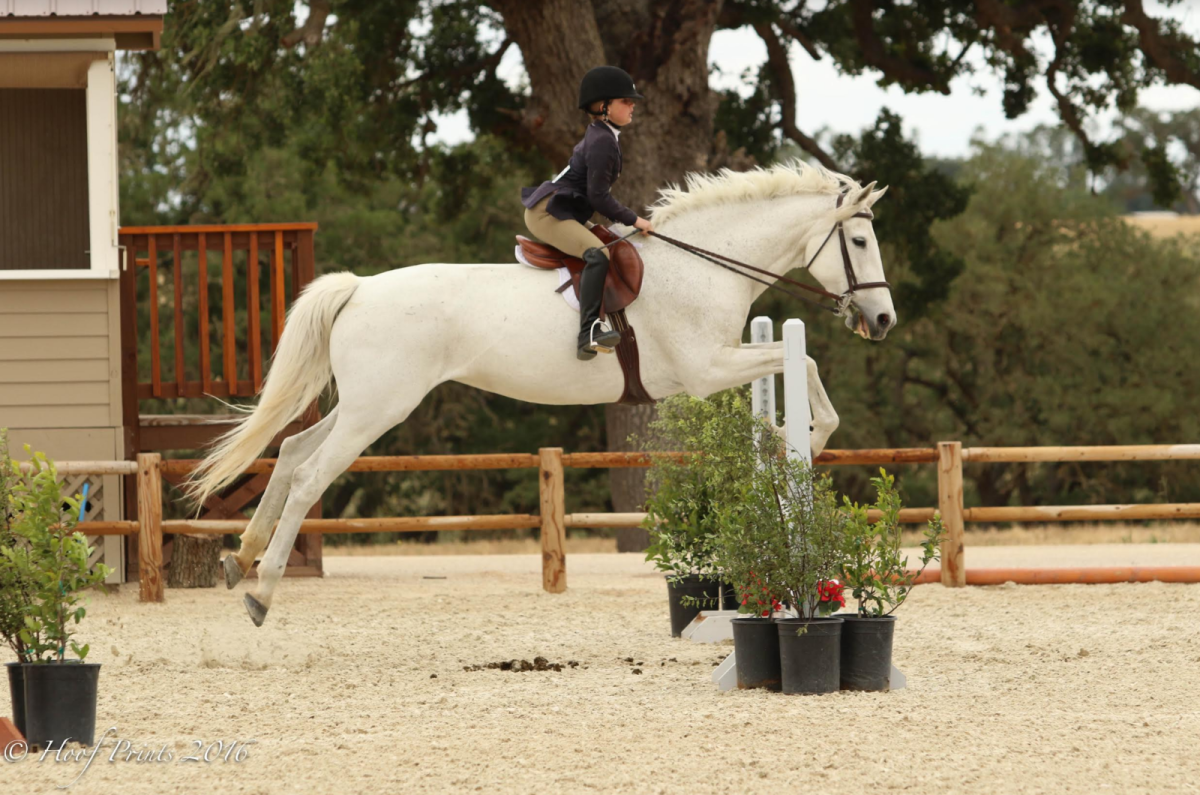 The pair ended up having a super weekend, performing a poised dressage test and jumping clear around both cross country and show jumping. It’s fun to watch Philippa in a mini version of her element, ears pricked and looking quite happy to be back out with a job to do! And Taylor has clearly been taking direction well from her 2008 Olympic individual silver medal winning mom/coach.

“She kept her nicely under control and actually had time penalties in both jumping phases which is just fine,” Gina says. “Philippa has always been a little difficult to get on the bit, so Taylor will struggle with that a little until her legs get a bit stronger and she gets more coordinated with her aids, but for right now she is really enjoying jumping her and riding her cross country. It is so great to see Philippa a horse that I absolutely adore taking such good care of Taylor out there on course.” 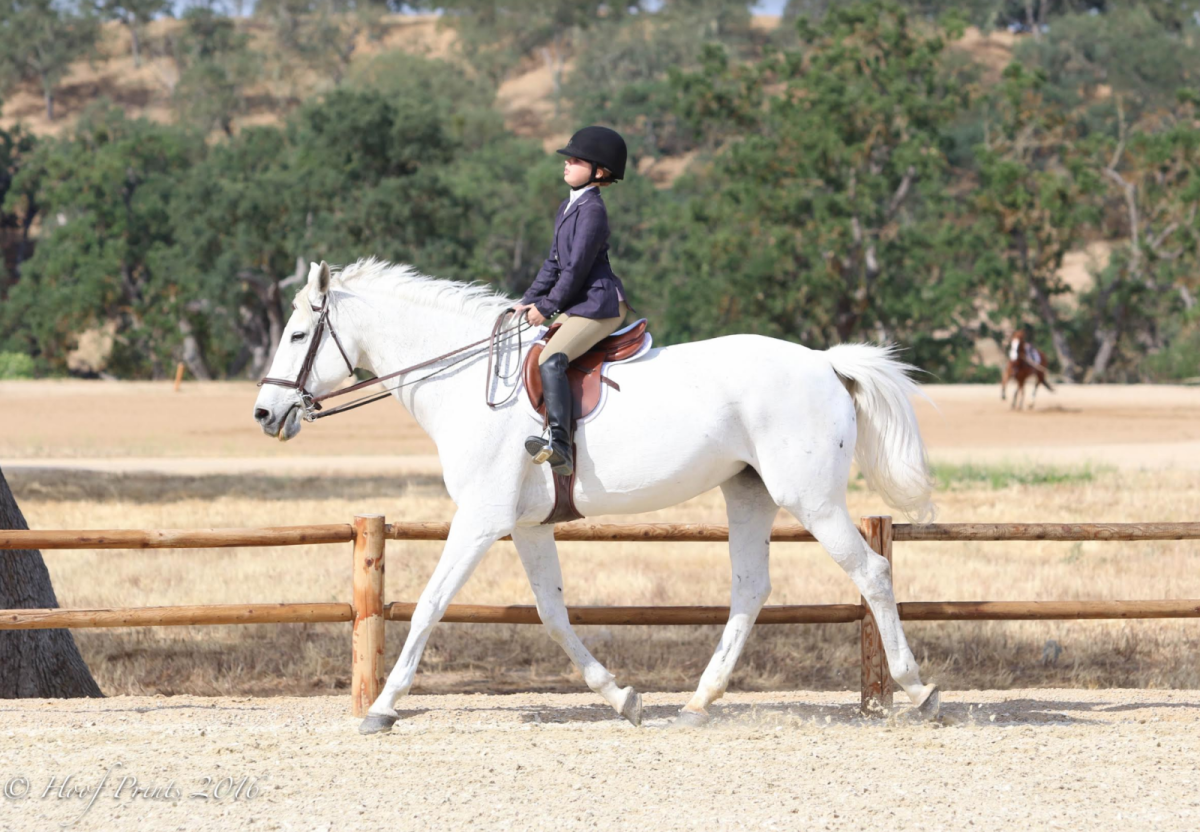