You may know me as the insane eventer always searching for the ideal saddle fit, as over the years I’ve test ridden in more saddles, and combination of saddles, half pads and girths than I can even remember (or than my butt — or my horses — want to remember!) So when the opportunity arose to head up to Saugerties for the New England Dressage Association Fall Festival and Championships last month, coupled with the chance to see an all-new saddle, I was ecstatic!

It had been several years since I had last been to NEDA; last time I got to help Olympic Eventer Darren Chiacchia by being his eyes on the ground as he prepped his (then new) stallion for the championships. Not a bad gig, so I figured this would be a blast — plus I could always use more learning about life in the sandbox. So I hit the road for a day trip up to the HITS Saugerties show grounds. 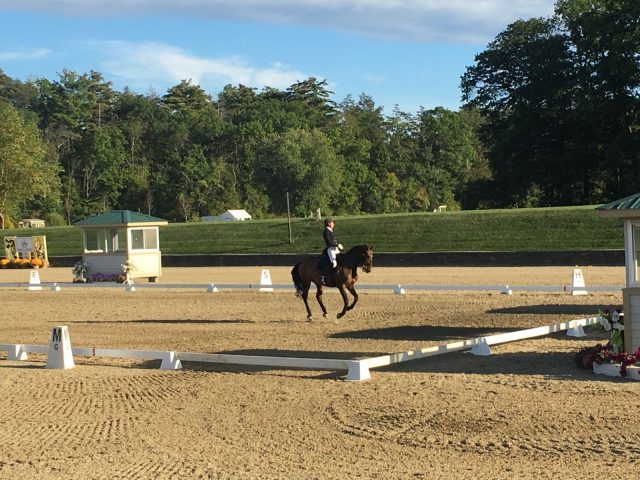 After the initial “oohs” and “aahs” of watching all the fancy horses in warmup and the various show rings, I was able to find Grand Prix rider and trainer, Jennifer Marchand. Based just under two hours from me in New York, I was especially excited to meet her as I’ll be able to haul in for some lessons with her in the future as well. In the barns, she and her team, including her students, were incredibly welcoming. Also there was Carmi Weininger, the owner of the ReactorPanel™ saddle company which makes the well-known endurance saddles. Little did I know they also made dressage saddles with their revolutionary panel system and even better, they were working on something new: flapless saddles.

Yup. You read that right. Flap-less saddles. As in without the flap. Whaaaaaaat????? Ok, I was intrigued. 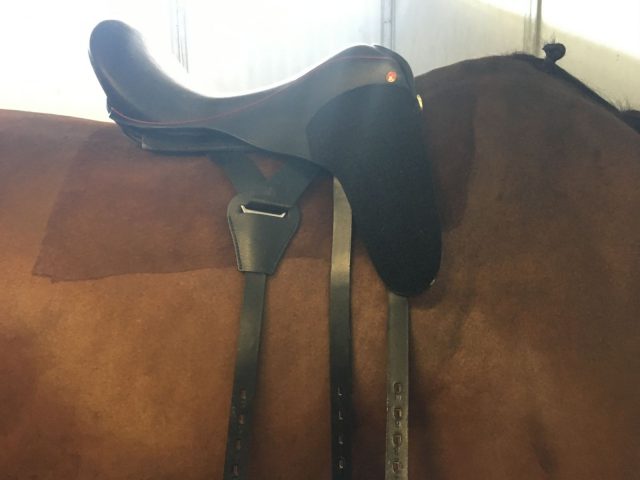 Yes, that is a saddle without flaps. Photo from CJ Millar.

If you haven’t heard of the ReactorPanel saddle or how it works, start by reading this. There is far more information there on how the panels work than I could ever do justice here, but I’ll at least try. In short, the panels are larger for better weight distribution and attach to the tree via four special disks that help distribute weight and absorb shock. Fitting is done first based on the saddle tree, and then the panels are added to make sure the fit is exact for you and your horse. Cool stuff, right?

But here’s where it gets interesting. As Jen was tacking up to school a few of her mounts, Carmi showed me the newest model that Jen and Irene (one of her riders/owners), and many others in her barn had already seen — the flapless saddle. It looks similar to the ReactorPanel dressage saddle, but with removable flaps. The idea is that since the FEI and USDF requires that saddles have flaps, they are able to be velcroed on and off as needed. This allows you to get that ultra close contact feel for schooling and then be show-legal with super thin easy-to-add flaps without having to change anything else on your saddle. Voilá! Ready to show! 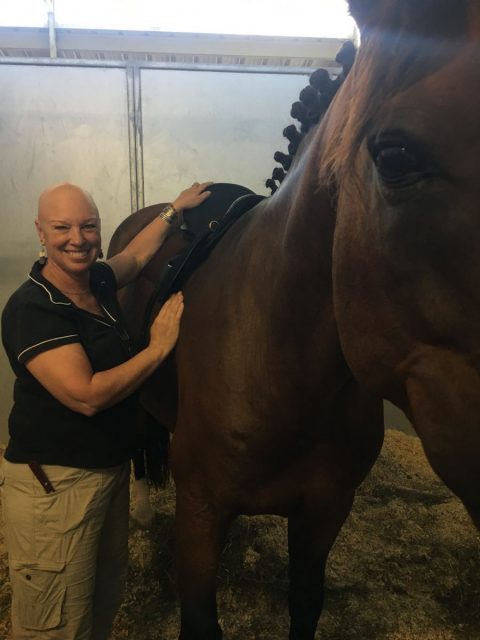 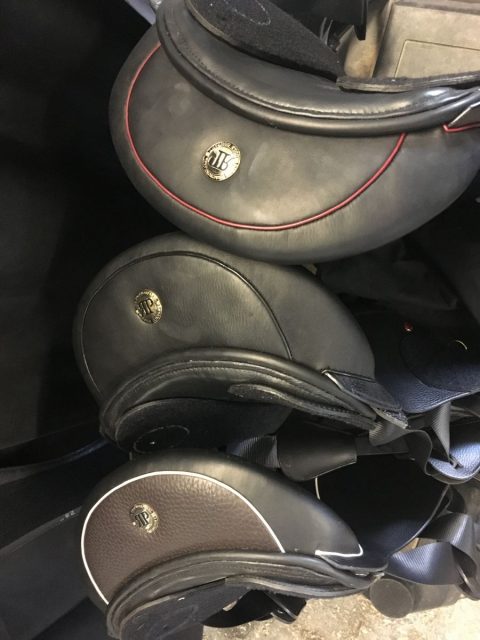 Oooh look at all the pretty options! Photo from CJ Millar.

Rumor has it that they’re launching an all-new brand specific to dressage, and that every little detail is being reviewed to make sure that the saddle and the new brand are flawless. I can’t wait to learn more, and stay tuned, because I even got to ride in one. That’s up next in the always evolving saddle series as I check out some seriously scientifically based saddles.