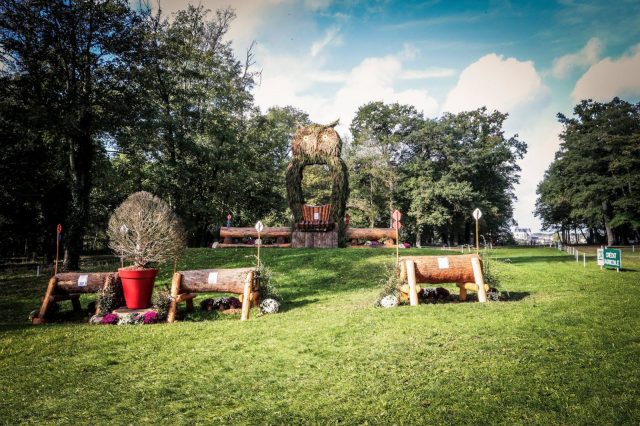 The Owl Hole has been repurposed as a fence decoration this year. Photo courtesy of Mondial du Lion.

Good morning from the Loire, where the sunshine is cascading over a sprawling course that’s already heaving with excited spectators. As it turns out, Le Lion is a BIG DEAL to the French, and everyone, horsey or otherwise, turns out to enjoy a day out here. Groups of schoolchildren were tottering around like little ducklings yesterday – picture the very straight lines of Madeline and you’re most of the way there. I definitely never got to go eventing with my school, so I’m feeling a bit ripped off at the moment.

There’s no time for sulking, though: there are horses to watch and cross country fences to manoeuvre and honestly, guys, this course is STUNNING, so it’s a real treat to walk around. Le Lion is famous for its creative decorations, and it’s clear that the builders have put real thought and love into making Pierre Michelet’s championship track as visually appealing as possible. Le Lion is based at a racetrack, and the space within the confines of the track and through the surrounding woods has been cleverly utilised.

The six-year-olds start the day’s proceedings at 10.30am local time/4.30am EST, and Canada’s Mike Winter will be the trailblazer with Centre. They’re sitting in 46th place at the moment on a 60.1, which knocks them out of contention for a top placing, but completing this competition is a valuable educational experience for a young horse who will be aimed at the upper levels, and championship courses, in the future.

At no other CCI* or CCI** will horses be faced with such a huge atmosphere, big crowds, and almost tangible buzz, so very often, actually winning it is of less importance than installing that crucial set of tools. With a course length of 4640m and an optimum time of 8 minutes and 56 seconds, this is likely the longest course these horses will ever have tackled.

“It’s a bold, inviting, attacking course, and should build their confidence as they go along,” says Ireland’s Elizabeth Power, currently sitting in equal third place with DSL The Entertainer. 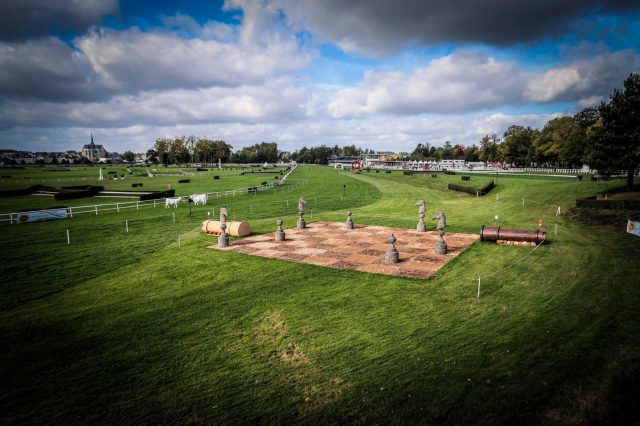 Liz Halliday-Sharp and Cooley Quicksilver head out early, too, leaving the start box at 10.36 am/4.36am EST. Tiana Coudray and G will start at 11.30am/5.30am EST. Overnight leader Izzy Taylor and Monkeying Around begin at 11.24am/5.24am EST. 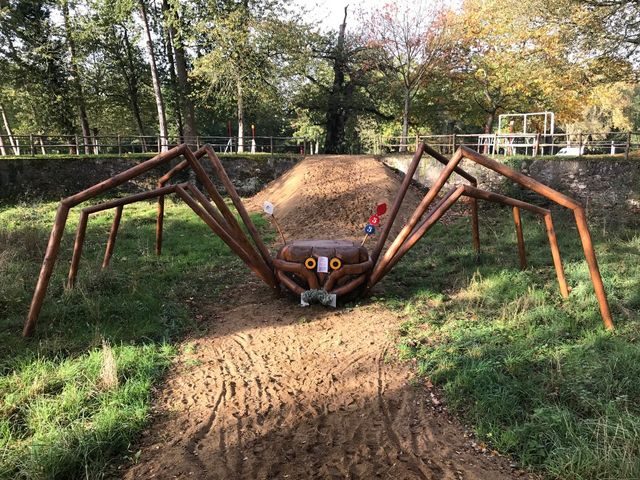 Literally the stuff of nightmares. Photo by Paul Tapner. 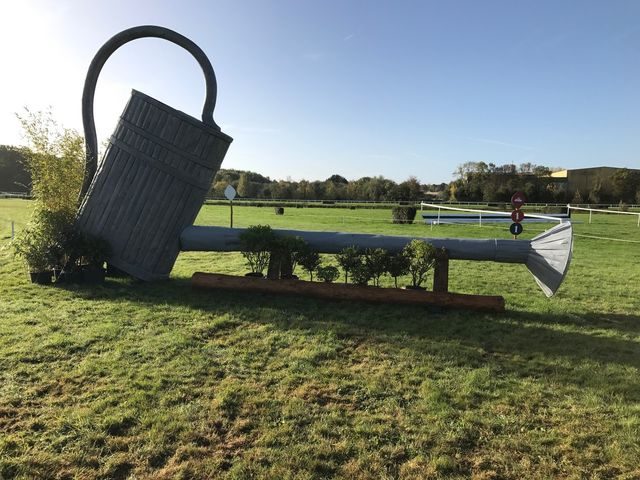 Fence one. Photo by Paul Tapner.

There will be a live stream of all of today’s cross country available on the Le Lion website – see below for link.

We’ll be bringing you all the news as it happens and a full round-up of the day’s action this afternoon, so stay tuned for more, and allez eventing!