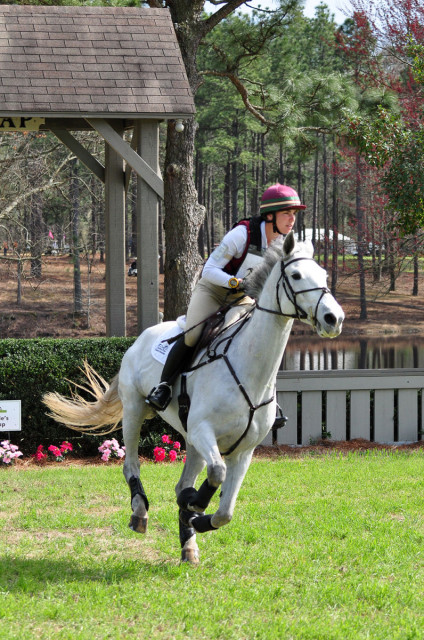 Ariel Grald and LBF OLeagh’s Image and Sinead Halpin and Manoir de Carneville are the leaders of Advanced A and B at the conclusion of cross country today at the Cloud 11 ~ Gavilan North Carolina International.

There are quite a few horse and rider pairs in the Advanced divisions that are prepping for Rolex Kentucky in April so they took it easy on course today. It is likely we will see these same pairs galloping at pace at The Fork in two weeks.

Ariel Grald and Carol Rittenhouse’s 10-year-old Irish Draught mare were tied for 11th after dressage, but after posting the only double-clear cross-country round across both Advanced divisions, they flew into the lead. 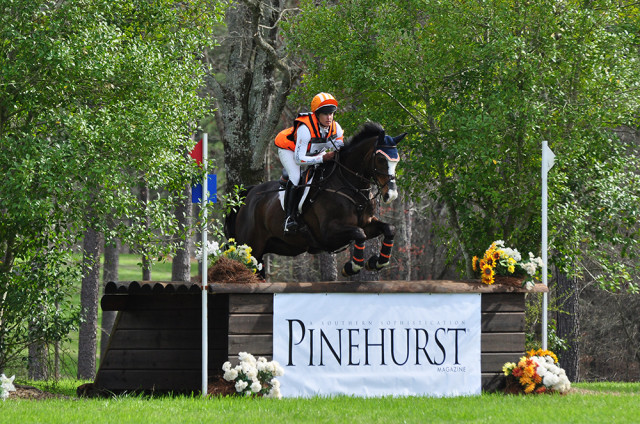 Sharon White and Wundermaske picked up ten time penalties and moved into second place behind Ariel. The 12-year-old Hanoverian/Thoroughbred gelding owned by Sharon and Richard Weber completed both the Pau and Rolex CCI4* in 2014 and is presumably aiming for Kentucky again this year.

Mensa and Michael Pollard had enough time penalties to drop them one place to third place in Advanced A. Lauren Kieffer holds fourth and fifth place with Landmark’s Monte Carlo and Veronica. Landmark’s Monte Carlo received lots of “good boys!” from Lauren around the course, and an elated “He did it!” was overheard at the finish line.

Veronica was leading after dressage, but Lauren took it easy around the course with her as she’s prepping for a return trip to Rolex in the hopes they improve upon their second place finish last year.

In the Advanced B division, the top three combinations each picked up 2.8 time penalties, which moved all three pairs up in the standings. 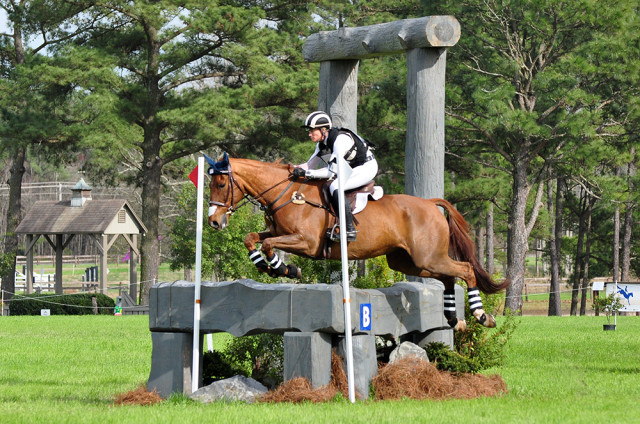 Sinead Halpin gave Manoir de Carneville a great ride for a two-day score of 30.6 to move from third to first. Buck Davidson and Wiley Post moved up from eighth to second, and Kurt Martin and DeLux Z moved from 11th all the way to third.

Erin Sylvester’s No Boundaries was first after dressage with a 27.5, but she pulled the gelding up after the Stonehenge complex at 11AB after he took a few funny steps. We’ve confirmed with Erin that “Bucky” is fine, saying she had a bad ride to it and he stung himself.

The Advanced divisions will show jump on Sunday afternoon to decide the winners. We’ll be here covering the conclusion of these classes, so stay tuned for even more from the Carolina Horse Park. 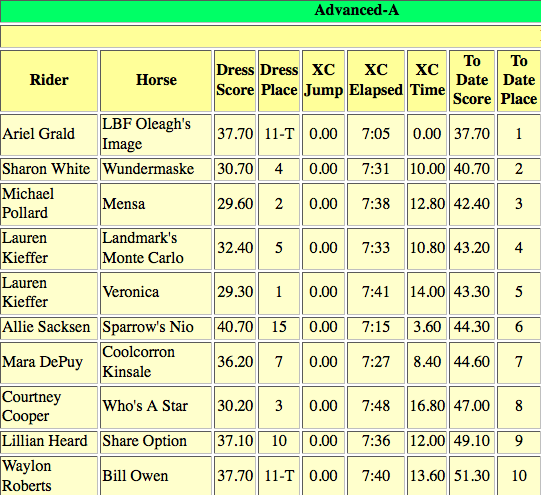 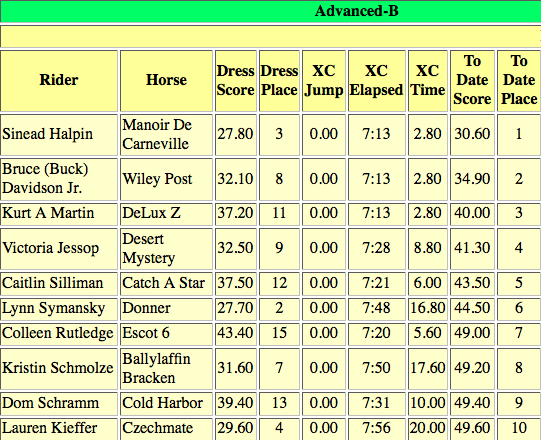