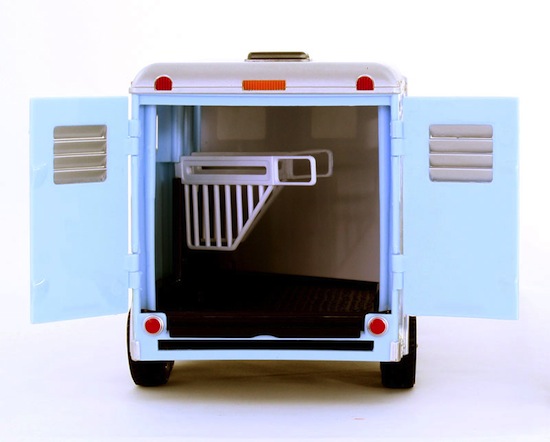 Today I found myself browsing the web, daydreaming yet again about buying a horse trailer. The funny thing about this is that buying a trailer is something that I probably never would have considered if I’d stayed in Hunter/Jumper Land. My husband thinks it’s crazy to put a “prey animal with rocks for feet” in to a “metal box on wheels,” but I don’t see it that way. A trailer is something that feels more and more necessary with every passing day.

One major difference that made a trailer feel like less of a need in Hunter/Jumper Land is the length of time spent at the show.  While it’s true that at some of the bigger events you’ll have a reason to be on site by Wednesday and at the upper levels may be riding dressage on Thursday, most of the time you’re looking at a two- or three-day affair. On the other hand, a hunter/jumper show often ends up being a week-long affair, with everyone arriving Tuesday and classes getting underway Wednesday. Also, hunter/jumper shows tend to run in circuits, allowing you multiple weeks of back-to-back showing. The winter circuits like HITS run from mid-January thru mid-March.

While it’s entirely possible to show out of a trailer for two or three days, showing out of a trailer for a week or more is less enjoyable – especially if you are camping out of that trailer too. Not to say it can’t be done, but it is certainly a challenge. (As a side note, I suspect show length and the lack of ride times is why hunter/jumper shows tend to have much more elaborate end-of-row set-ups than you see at events.)

When I was younger, if you wanted to show, you’d simply attend the shows your barn was attending. If you wanted to go to a show that wasn’t on the list, you’d do your best to drum up enough interest. If you got lucky, you might be able find enough people to fill the trailer and make it happen. Going to a show alone was Just. Not. Done. This is another factor that made a trailer of my own a very low priority.

Now that I’m eventing, a trailer feels like a critical need. In addition to my Dragonfire family, I have eventer friends spread out across the West Coast. Sometimes my friends and I collectively get wild ideas to go do Stupid Things. Having my own adventures in addition to the barn’s show schedule now feels encouraged rather than viewed as odd, defiant, outsider behavior. Maybe the urge to do things in addition to the shows we’re already attending is just to make up for what feels like lost time.