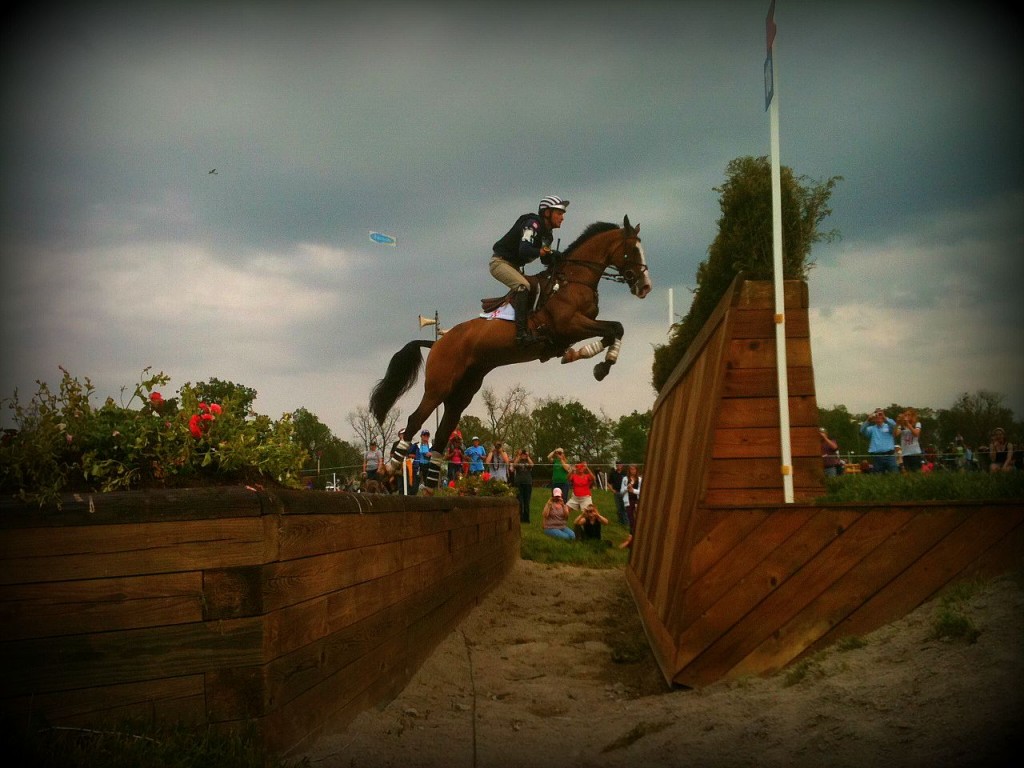 Some people believe there are spiritual vortexes scattered around the world, energetic super-centers so powerful that you can practically feel the stuff circulating in the air. Mystics and metaphysicists flock to them–Stonehenge, the Giza pyramids, ancient Inca ruins–hoping to catch a whiff of the divine.

The poetry of a flawlessly executed dressage test, the cheer of a crowd gathered round the Head of the Lake, the thunder of a victory gallop–that energy lingers in the air long after everyone has packed up and gone home. But the source of the Park’s magic is more multidimensional than that.

On Jimmy Wofford’s cross-country walk at WEG in 2010, he told the crowd that there was a dandelion on the course for every heart broken at the Park. I remember looking down, seeing a patch of the weed’s sharply scalloped leaves, and wondering in earnest whose tears had fertilized them.

I’m sure I’ve got a few dandelions out there myself, not from Rolex, but from other Horse Park events that felt equivalently serious at the time. When you’re 13 and you’ve saved your $4-an-hour stall-mucking wages all summer to compete at some event, only to have your pony jump out of the dressage ring… dandelion. When you’re 17 and your horse hangs a leg in the water complex at Pony Club championships and you feel like you’ve let down your entire team… dandelion. When you’re 29 and you pull up halfway around the course with the sinking realization that you’re simply not prepared… dandelion. I could go on and on, and I’m sure some of you could, too. Certainly these moments weren’t the end of the world, but perspective is a function of the mind, not the heart.

This weekend at Rolex, there are going to be riders who don’t make it around the course. They’ll make the same long walk back to the barn that so many have before them, replaying a split-second over and over again in their minds, trying to figure out what went wrong. Some of them will get a leg up on their next ride, or have the opportunity try again next year. Others might not get a second chance.

If you’re at Rolex this weekend, take a quiet moment at some point to look around you. Acknowledge the dandelions, and the horses and riders who planted them there. Remember that it’s all connected. Without attempt, and the risk of failure that goes with it, there can be no glory. The hit and the miss both begin with a leap.