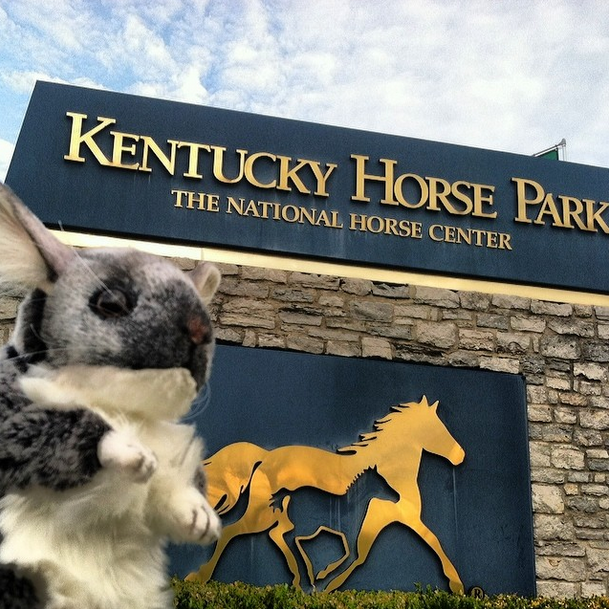 Will Chinch be going to Lexington or Bromont for the 2018 WEG? Photo via EN Instagram.

The FEI will meet next Monday in Lausanne, Switzerland, to decide whether the 2018 World Equestrian Games will be held in Lexington, Ky., or Bromont, Quebec, the Lexington Herald-Leader reports. An announcement on the location is expected that day.

Kentucky sent a large delegation abroad when bidding for the 2008 Games back in 2005, but the FEI said that was unnecessary this year. Instead, Jamie Link, deputy chief of staff for Gov. Steve Beshear, will be available to answer any questions the FEI might have by phone.

“They said they know the property very well, and how well it went in 2010, and don’t need a presentation,” Link told the Herald-Leader. “And obviously, we want to avoid the expense of doing that. I don’t think it helps or hurts our chances. Our proposal was pretty comprehensive. Lot of aerial photos, drawings and diagrams from 2010.”

It originally looked like the Games would automatically be awarded to Bromont, as the remaining bid countries had all withdrawn their applications by January 2013. But the FEI reopened the bid process in July 2013 due to concerns that Bromont would not be able to secure the financial support necessary to host the Games.

Lexington joined the bid process last October, and the city has been vocal about the advantages of hosting the Games there, as the needed facilities already exist after hosting the 2010 cycle in Kentucky. “I think without a doubt — and everyone knows — we have the best facility. We know we can do it quite well, and I hope the FEI feels the same way,” Link told the Herald-Leader.

Bromont hosted the equestrian competition for the 1976 Olympic Games and is a much-loved facility in Canada and the States. Regardless of which city has the honor of hosting the Games, we can be grateful the location will be here in North America. Weigh in, EN! Should the FEI award the Games to Lexington or Bromont?