Canadian reader Denya Massey is in attendance at the 2013 Royal Agricultural Winter Fair, in Toronto, Ontario.  Each year the Royal hosts an Indoor Eventing competition that’s always a big hit, and this year is no different.  Waylon Roberts (again!) won the challenge this year.  Many thanks to Denya for writing, and thank you for reading.  [Read Part I] 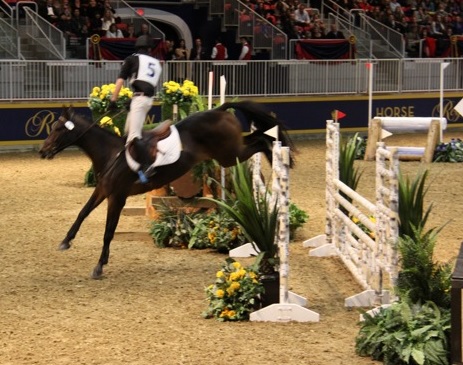 Winner Waylon Roberts, looking back to make sure the last jump stayed up!

This was the second night of Horseware Indoor Eventing and the excitement of the first night was doubled the second night with a packed house. Under the lights in the Horse Palace, Waylon Roberts had a pole down to put in him in the middle of the pack on the first night, and he came out with guns blazing last night. There was no room for error if he was going to win the championship yet again. And the crowd was ready…Waylon came in the ring, with his domination of this class announced to the audience, and the noise ratcheted up another notch!

His horse, Bill Owen, a Standardbred/TB cross, came out like a gunslinger – fast, furious, focused and a straightshooter….. but on a hard rollback, Waylon almost jumped the timer and two stewards….. they said later they weren’t sure what to do – it happened so fast, but the horse barely managed to skip past them safely, and galloped the two corner jumps dead straight, the only pair to do that – much to the amazement and delight of the audience. That probably won the class, and, ultimately, the championship for them. We were all hard pressed to figure out who was happiest, Waylon or his mother Kelly Plitz, a top eventer in her time. Waylon’s father Ian put in a great showing on his horse, holding up the older generation admirably with 3rd place.

Not that Friday night’s leader Kendal Lehari didn’t give her all, and almost made it, missing the top prize by 1.26 seconds! Daily Edition was foot perfect, and their partnership showed. The crowds were on their feet for Waylon’s round, which left us breathless, and jumping up again for Kendal. Lindsay Beer used her Friday night 2nd place time to keep her in the ribbons for 4th, with William Fox-Pitt and Oliver Townend coming in 5th and 6th on their borrowed horses. Both UK riders were exceedingly gracious about the loan of such good horses.

The Saturday night crowd really appreciated the handsome course, and showed their appreciation for every round – one spectator made a point of telling me that her group thought this was by far the most fun class at the Royal. Another comment I heard several times was noting how cool it was that Capt Mark Phillips was the course designer, it added cachet to the event – and the riders all agreed Capt Phillips had built two excellent courses. Remarkable too was the speed with which the courses were both built and then dismantled…an admirable feat given the size and heft of the jumps. 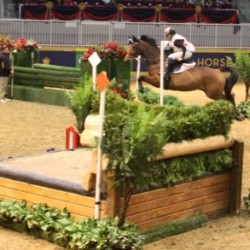 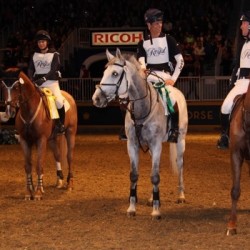 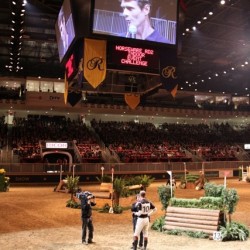 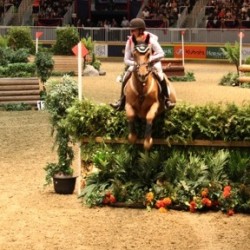 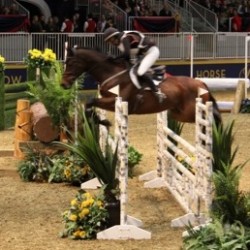 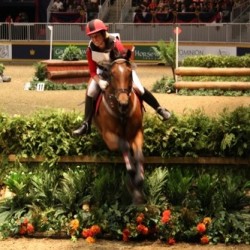 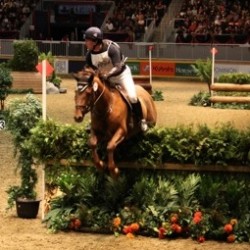 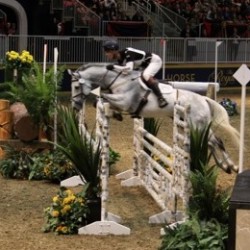 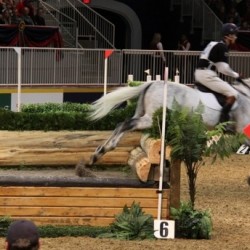 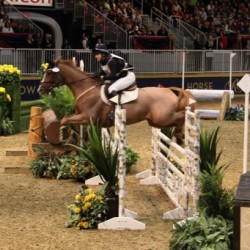 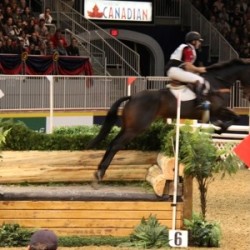 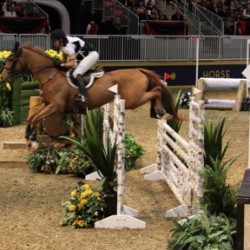 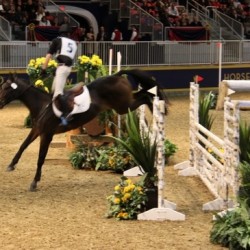 Waylon, 1st place – looking back to make sure the last jump stayed up! 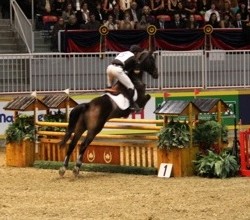 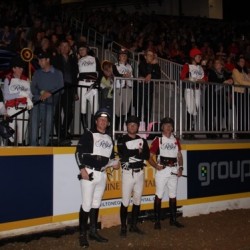 Riders waiting for their course walk