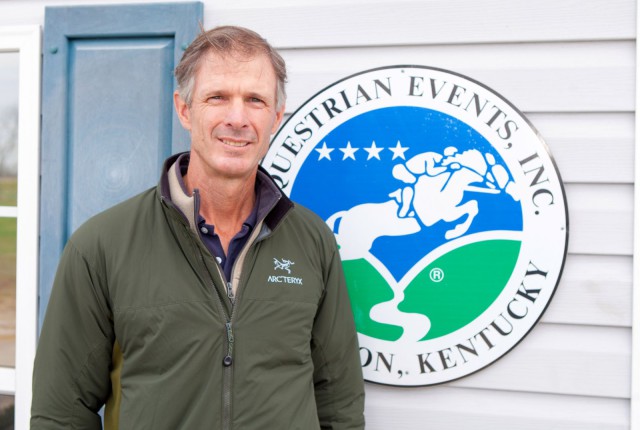 EN is delighted to confirm that the USA’s own Derek di Grazia has been named the course designer for both the 2018 World Equestrian Games in Bromont, Quebec, and the 2020 Olympic Games in Tokyo, Japan.

“When you’re in this line of work, it’s the ultimate goal to be able to design just one of these championships courses,” Derek told EN. “It is quite an honor to be able to do this.”

Known for his safe, sensible yet tough courses, Derek has been one of the top designers in the U.S. for more than 15 years. He began designing the CCI3* and CCI2* tracks at Fair Hill International in 1999, adding the Bromont CCI3* to his resume in 2009. Derek became the new course designer for the Rolex Kentucky CCI4* in 2011.

With his schedule now destined to be busier with these two new championships courses on his plate, Derek confirmed he will continue on with designing at Fair Hill, Bromont and Rolex. He also currently designs at Twin Rivers, Pine Top and Fitch’s Corner. 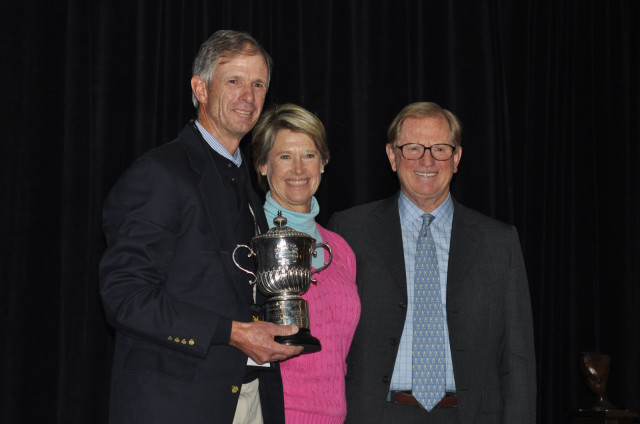 As dedicated and much-loved members of the U.S. eventing community, Derek and Bea di Grazia received the Wofford Cup in recognition for their service to the sport at the 2015 USEA Convention. Photo by Leslie Threlkeld.

Bromont will be a unique situation in that Derek will design for the horse trials, held annually in early June, while simultaneously planning and incorporating his vision for the 2018 WEG course.

“It’s going to be quite a different course from what you see now at the venue because of the construction and the build-out going into areas we haven’t used before, which is great because it makes it nice to have something fresh for the World Games,” Derek said.

“I’ve got a general idea of the track for 2018. Ideally we would like to start doing some of the work in the fall of this year, and then the majority of the work will be done the following year.”

The beginning stages of planning the 2020 Olympic course in Tokyo are also underway, and Derek flew to Japan last month for a site visit to Sea Forest, also known as Umi no Mori, in Tokyo Bay, where the cross country course will be built.

“The venue is a blank slate and will be a work in progress over the next few years,” Derek said. “It’s not a developed site yet, and we’re hoping to get work started there in the next year.” 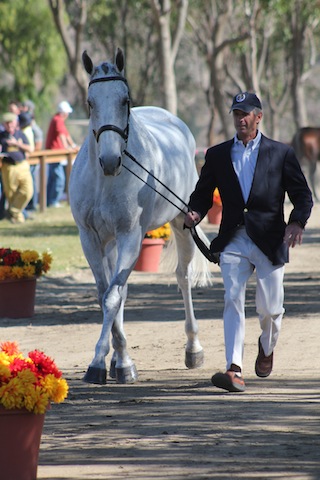 As for who will build the 2018 WEG and 2020 Olympic cross country courses, Derek said that has yet to be determined and the bid process will begin soon.

His appointment to Tokyo also makes Derek the third U.S. course designer to lay out an Olympic track, as Neil Ayer designed the 1984 Los Angeles course and Roger Haller designed the 1996 Atlanta course.

In designing both the 2018 WEG and 2020 Olympic courses, he joins the elite group that has designed both a World Championships and Olympic track: Wolfgang Feld, Mike Etherington-Smith, Neil Ayer, Roger Haller, Pierre Michelet and now Derek di Grazia.

Derek is currently enjoying some time at home with his wife, Bea, and their family at Stillwater Farm in Carmel Valley, California, before heading to Lexington to put his final touches on this year’s Rolex course.