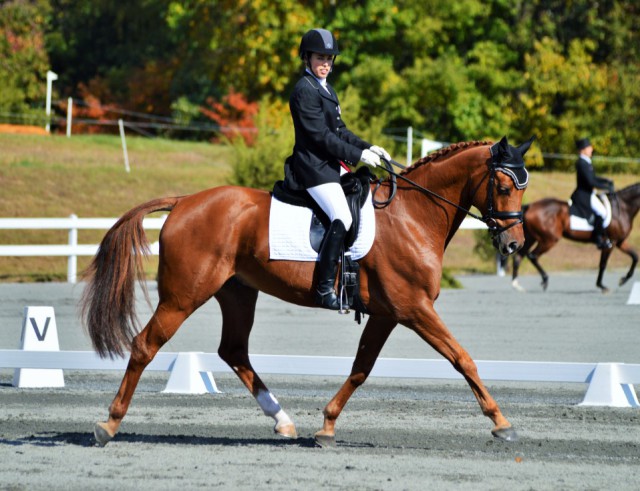 Devon Brown made up for a momentary memory lapse during her test with HC Fabian in the final group of the 5-year-old YEH championships with a brilliant show of talent, moving into second place overall after the first two phases of competition completed today. She and HC Fabian, a Dutch Warmblood gelding by Chello III VDL out of Larena, earned a 40.58 from the judges to squeak past Lynn Symansky and SpectraVET Cohiba.

“This was the biggest atmosphere he’s ever been in,” Devon said. “He can be kind of spooky, but he went in and went right to work. Even with the big cross country jumps, he was ready to work and I was really happy with that, no matter what else happens.”

Devon and her mother imported “Fabe” from England last year off a sale video from Lucy Wiegersma and Patrick McCarthy. “He hadn’t really jumped and didn’t know anything about cross country, so it was a huge risk,” Devon said. “But he’s really progressed over this last year. He’s a green five-year-old, but he’s really exciting for the future.” 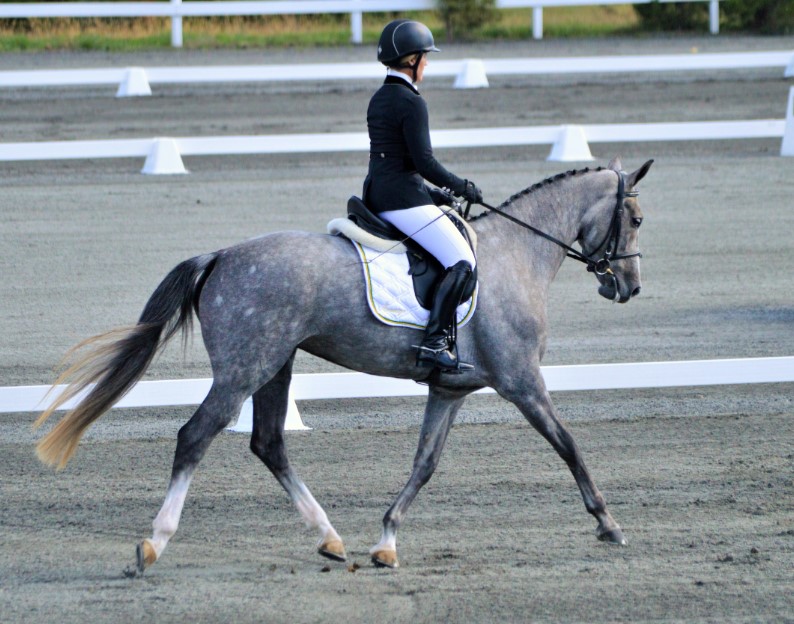 Also making a statement in the final group were Allison Springer and Natalie Epstein’s Fairvoya S, who will be in fifth place overnight after earning a 39.58. Allison took her time exiting the ring following her test, letting the warmblood mare take a look around and assess her surroundings. Fairvoya S is by the Dutch stallion UB-40 out of the Hanoverian mare Clairvoya.

Kendyl Tracy also moved into the top 10 aboard Curly Sue as the first to go in the final group. Curly Sue is an Oldenburg mare by Carenzo out of Hauptstutbuch Lanciana owned by Alexandra Tatham. This pair also had a lovely go of their dressage test, earning a 39.54 for sixth place following the dressage and conformation phases. 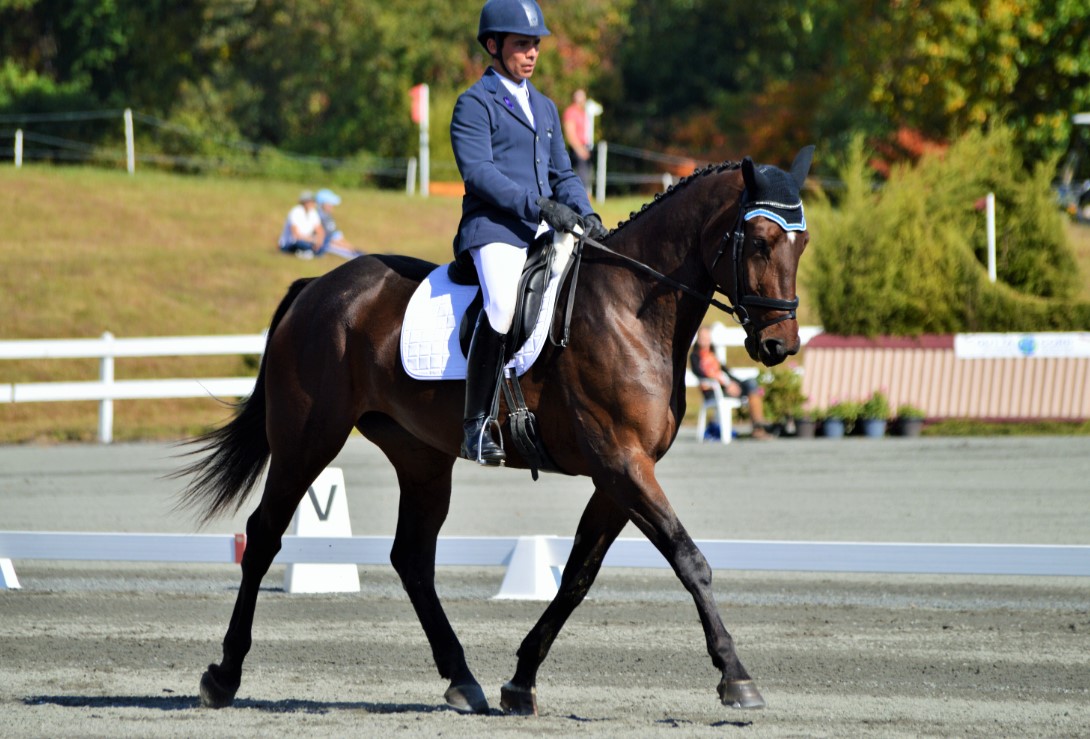 Dom Schramm and Ingvill Ramberg’s WL Darco’s Galliano looked completely in sync this afternoon to move into eighth place. Owner Ingvill Ramberg said this was the best she’s looked yet — she certainly picked a good weekend to peak! “Roo” has been in training with Dom this year, and their hard work has clearly been paying off as they scored a 38.04 today.

In total, we saw 34 horses in the 5-year-old championship today, all of which looked composed and mature in the ring. We move now to the jumping phases, which for these horses will be jumping questions similar to Prelim level, at a maximum of 3’7″. We’ll also get to see these horses’ gallops on their jumping test tomorrow, so stay tuned for much more from the East Coast Young Event Horse Championships.