We know, we know – we’re an eventing website. But what’s an eventer without his or her dog, we ask? North Carolina-based Andrew McConnon got a bit more adventure than he bargained for on a recent trip to the West coast, and the story is too good not to share.

This is Moab. Moab may be pictured living her very best life in Andrew’s pool here, but her origins are a bit more complicated. 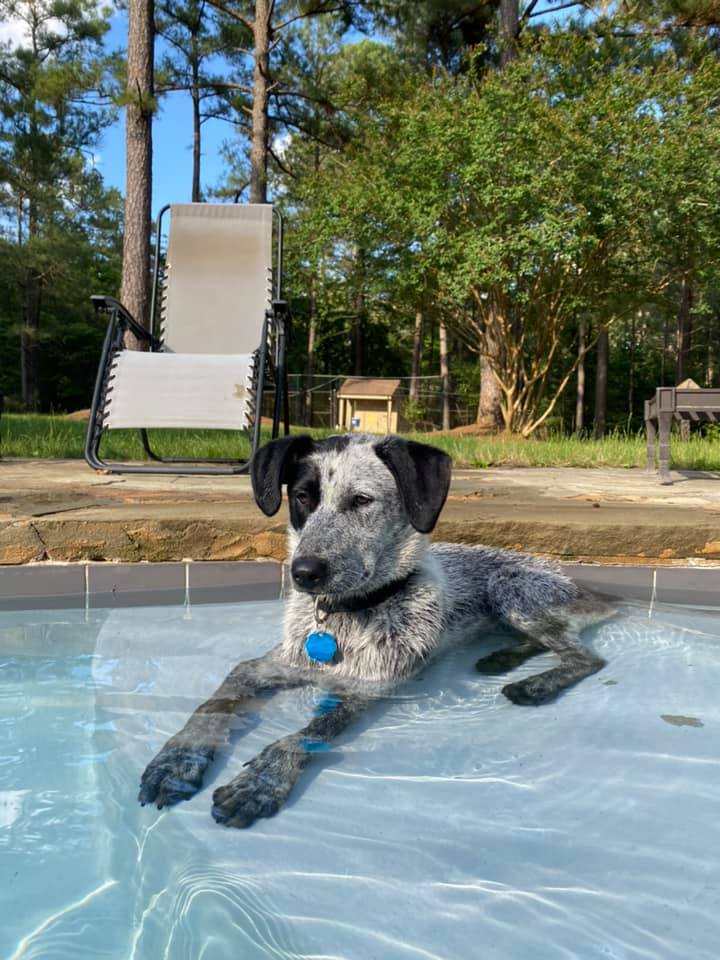 You see, Moab first made herself known to Andrew and his traveling partner, Cameron, at a gas station en route from Lake Powell, Az. to Moab, Ut.

“After doing our best to rationalize with ourselves that we were in a rental car, on the other side of the country, in the desert, and that the last thing we needed to do was take a dog with us,” Andrew wrote on his social media. “I went in to ask the story on this dog. I was told that, ‘she showed up 2 days before’ and when I asked what would happen to her I was told, ‘she’ll either end up starving or getting hit by a car’. Decision was made and she jumped into the car.” 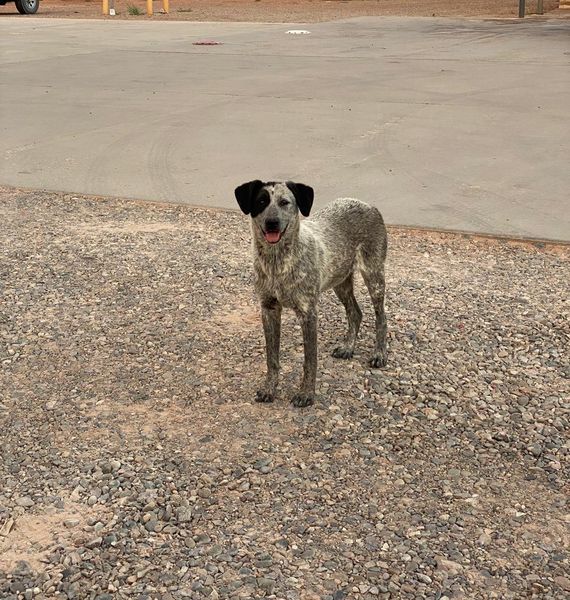 Of course, the logistics that followed were far from simple, but Andrew and Cameron were determined to get their new friend home safely with them. A bonus: Moab got to tag along on the rest of their travels, hitting hot spots such as Arches National Park, Canyonlands National Park and Zion National Park, even throwing in a few L.A. staples such as Runyon Canyon after her initial flight east was canceled due to high temperatures.

“We immediately started working on her required shots and health certificate needed to travel!” Andrew continued. “Outside of Zion, The Desert Vet got us squared away and confirmed that she didn’t have a microchip. We headed towards Vegas. The only flights we could get for her was a flight out of LAX on Wednesday morning so we left Vegas on Tuesday. While on our way we got an email that her flight was canceled due to heat (can’t be over 85° at any of the airports). We took a detour and went up through Badwater Basin, Death Valley up to Mammoth Lakes across through Yosemite National Park down the PCH to Los Angeles for her Thursday 5:30 am flight. Woke up to another canceled flight… so she got to see Runyon Canyon the Hollywood sign and others before finally getting her on a Thursday PM flight for NC!” 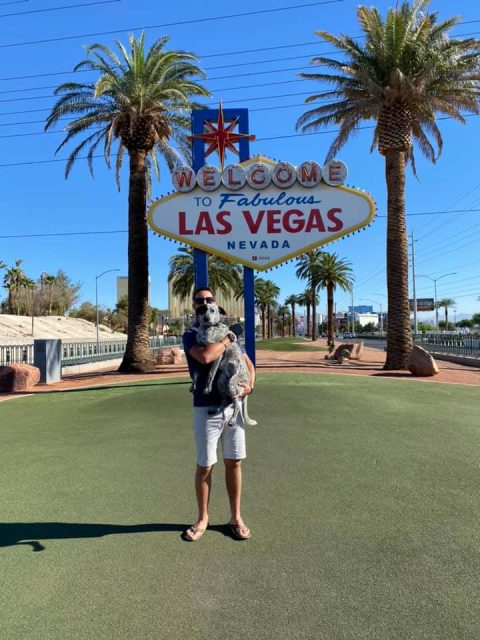 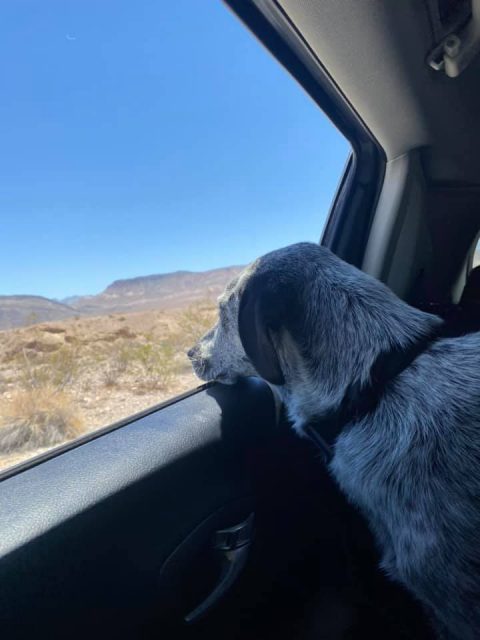 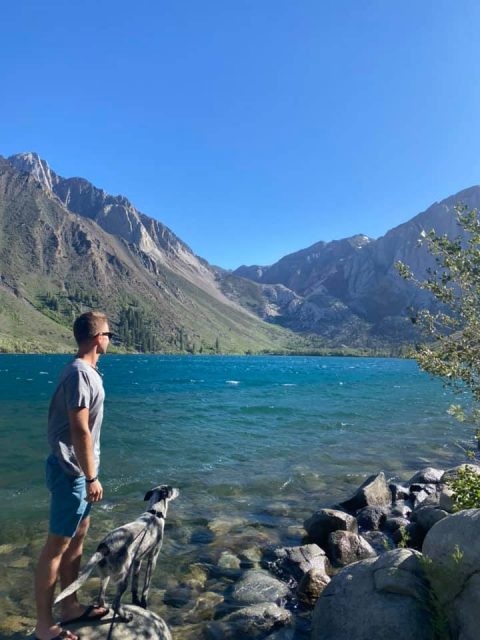 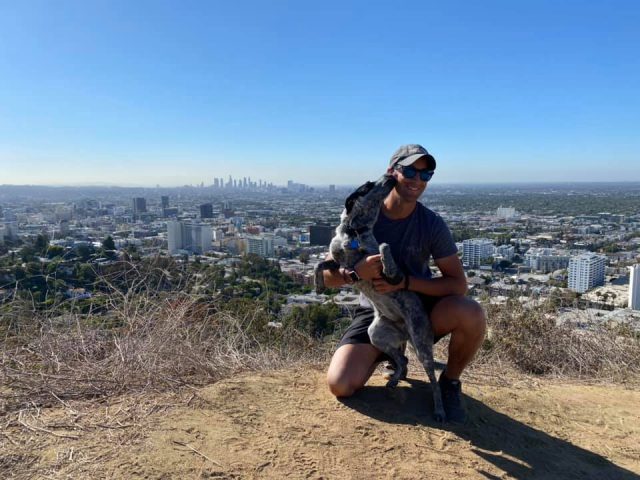 Olivia Coolidge and Natalia Knowles, holding down the fort at Andrew’s home base, were sent to collect the newest barn dog member of the McConnon Eventing family and, well, we think it’s safe to say that Moab has officially lucked out and has a wonderful new forever home. “It’s been quite a journey,” Andrew wrote. “but so thankful that it worked out!” 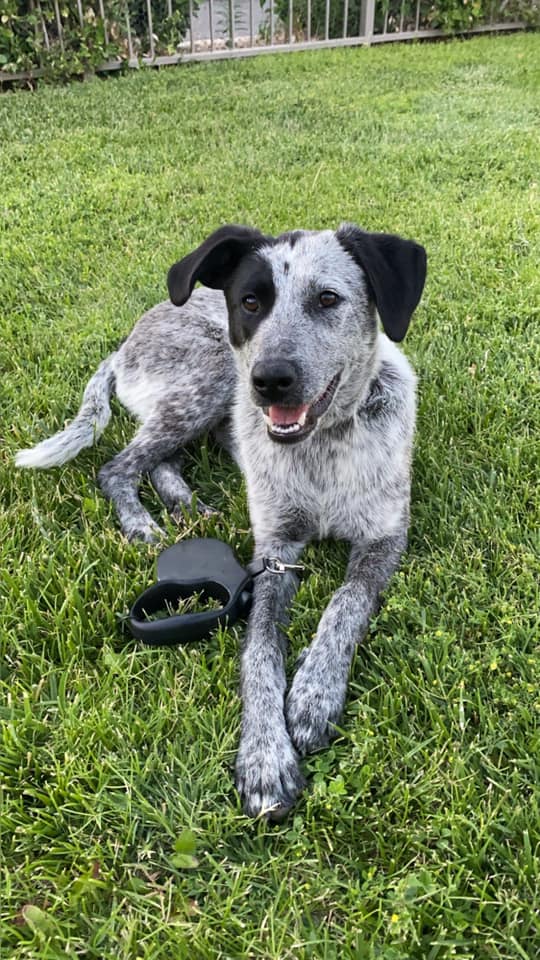