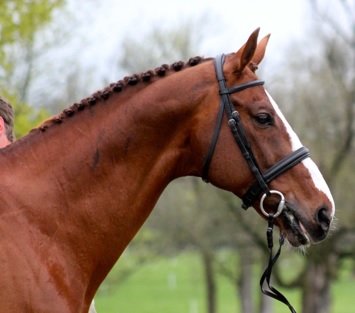 In a study that will shock none of us who have experienced our brave steeds balking at a cross-country fence where a rabbit darted out during an event FIVE YEARS AGO, a new French study confirms that indeed, horses have powerful long-term memories of both positive and negative experiences.

Previous research by Evelyn Hanggi, PhD, suggested that horses are capable of long-term memory of around a decade. But that study only included a few horses. This new research tested 26 “average riding club horses” over two years, Lea Lansade, PhD, behavioral science researcher at France’s National Institute for Agricultural Research told TheHorse.com. The study, “Characterization of long-term memory, resistance to extinction, and influence of temperament during two instrumental tasks in horses,” will be published in Animal Cognition. Other research — and Disney movies– has suggested that horses are unlikely to forget previous owners.

Lansade and her team used a variety of tests to analyze the horses’ memories. In one, the horses learned to back up when told, “Back!” by the handler and received a treat. In another, the horses had to cross an obstacle after hearing a bell ring, to prevent being subjected to a puff of air (Hmmm…similar to an accidentally inflated airvest.). The researchers tested the horses at these tasks two years after they learned them, with no practice in between.

“To our great surprise, all the horses—without exception—perfectly retained the exercise they had learned two years earlier, even though none of them had been trained on those tasks during that time,” said Lansade. “You could almost say it was too easy for them.”

When the researchers removed the reinforcement (food reward or air puff) , the horses tended to stop performing the tasks, showing that not only do horses have good long-term memories, they ain’t stupid.