Doug Payne and Crown Talisman had a quiet day before the U.S. jumps into the competition at Saumur. Be sure to follow Doug on Facebook and Twitter for much more on his trip to Saumur with Tali, who he owns in partnership with Larry and Amelia Ross.

We had a fairly light day today. I was very happy to report that the rain, for the most part, did stop today. We had a number of showers roll through, but luckily they would never last for more than 10 minutes then returned back to sunshine. The ground, being primarily sand for 95% of the course, adsorbed a massive amount of water. The footing is significantly better than it was yesterday. If the weather continues as it’s predicted we should be in great shape come Saturday!

I rode twice again today just as in the previous days he was much better the second time out. I was struggling a bit initially not only with keeping his attention, but also figuring out how much support was needed through the deeper sections of mud. I felt much better in the afternoon’s ride.

Uptown Eventing captured one of the brief showers perfectly! 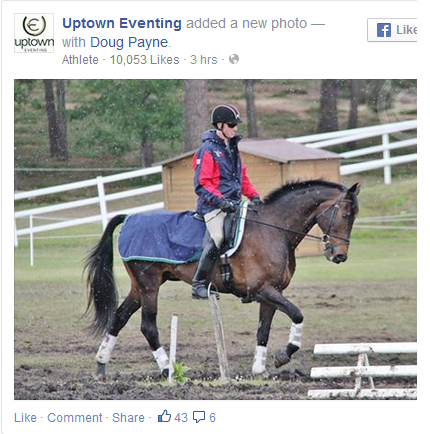 Tomorrow my dressage is at 2:05. Being that Tali’s been so much better the second time out each day, I plan to ride in the morning again. Following the first ride of the day, I’ll head out on the cross country course again in what will probably be my second to last walk. Not to forget that Liz also does her dressage test tomorrow. Scheduled for just after 10 am, I think the US is in great shape to make a mark on this competition!

We were able to carve out a few hours in the mid-morning to head over to see the show at the Cadre Noir de Saumur. The production is held at the French national riding school and instruction center just a few minutes from where the event is being held. They did a great job showing the full range of what horses and riders are capable. As David explained to us, it’s amazing to think that our foundation and style of modern riding in the US is rooted in the teachings developed right here. Saumur was where Jack Le Goff was taught, and master for more than a decade.

I’ll try to get an update following dressage posted as soon as possible.

View the rest of Doug’s blog posts here. And don’t forget to order a copy of his book by clicking the cover image below: 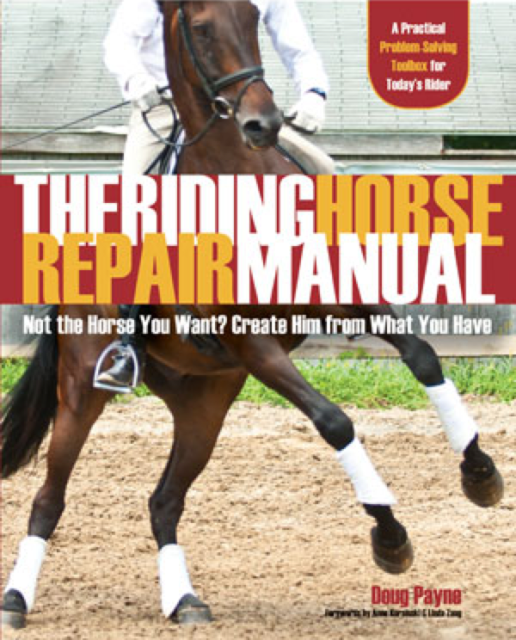