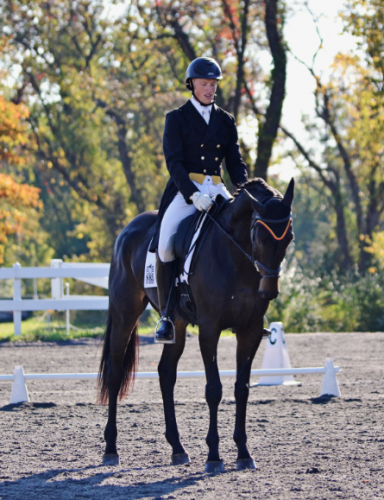 Good morning from Fair Hill! It’s another beautiful day here, and we’ve just seen the first group of riders in the CCI3* dressage. Doug Payne and Crown Talisman are holding a commanding early lead on a score of 43.6, which puts them more than seven penalty points ahead of second-placed Susan Beebee and Wolf. Doug is a very accurate dressage rider, and Tali has been getting better and better every time I see him. The horse struggles a bit with staying relaxed, but he handled the atmosphere here at Fair Hill beautifully, allowing Doug to squeeze the most out of each movement. I’m thrilled for Doug; all his hard work this season is absolutely paying off. This pair romped around the CCI2* here at Fair Hill last year to finish in fourth place, so they’re no strangers to Derek Di Grazia’s course. I have total faith they can make it around the three-star course in good form tomorrow. 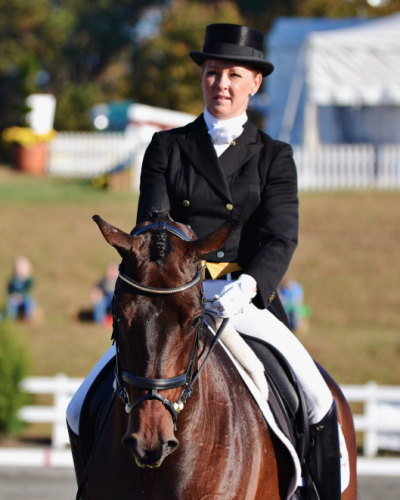 Susan and Wolf are a very dangerous dressage pair, and they would have come closer to challenging Doug and Tali for the provisional lead had it not been for a couple bobbles in the test. Their trot and walk work were both lovely, and Wolf showed a little pizzazz in the first change, which was a bit exuberant; you’ll hear a few people comment on that in the video of their test if I can ever get it to upload. Unfortunately, they lost the counter canter in the last serpentine before the final salute, but this was still a very good performance, and they’re sitting in second place provisionally on a score of 50.8. Phillip Dutton and Fernhill Fugitive are in third place on a 52.6, and Jack tried very hard in the test. The horse is still quite young, and he’s only going to continue improving once he builds more strength over his topline. Phillip and Jack have struggled to produce clear cross-country trips this year, so the real test for this pair will come tomorrow when they tackle Derek’s course. 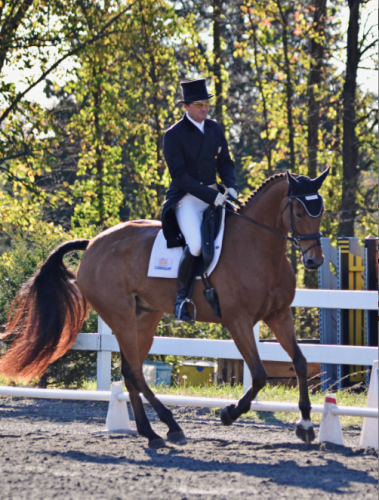 Katie Ruppel and Houdini are sitting in fourth place on a 53.2, which puts them in a good position for the rest of the weekend. This awesome OTTB has been brilliant all year, with excellent showings at Jersey Fresh, Rebecca Farms and Richland. Tomorrow will definitely be the biggest challenge they’ve faced thus far, but Houdini has risen to the occasion this year, and I expect we’ll see them romp around in good form. Sharon White and Wundermaske round out the top five after the first group on a score of 56. Patch tends to get too short through his neck in the dressage, and Sharon has been working on encouraging him to stretch and use himself properly. He looked much improved today, and it’s clear Sharon’s hard work is paying off. This pair had a scary fall at Millbrook that shook Patch’s confidence, and I’m sending them all the EN karma for a good trip around the course tomorrow. Stay tuned for much more from Fair Hill.

Note: I apologize for the lack of videos. The internet in the press tent is absolutely dreadful, and the hot spot on my phone isn’t strong enough to upload videos. I’ll do my best to get them to you, but the wifi is so bad that it’s crashing my computer. Standby.