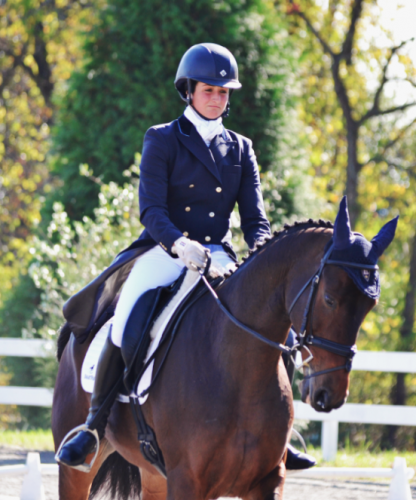 We knew coming into the weekend that Jennie Brannigan and Cambalda would be a very tough pair to beat in the CCI3* at Fair Hill, and they lived up the hype today, scoring 42.6 to just edge Doug Payne and Crown Talisman to hold the lead at the lunch break. Ping warmed up beautifully under the watchful eye of Phillip Dutton, and he delivered a near foot-perfect test with Jennie in the irons. There’s no question Jennie and Ping can deliver a clear round tomorrow over Derek Di Grazia’s cross-country course, so now we wait to see if anyone can catch them in the dressage. Despite a year that hasn’t gone their way, Jennie is incredibly upbeat about where she is right now with this horse, and she totally believes in him. Watch out for them tomorrow. 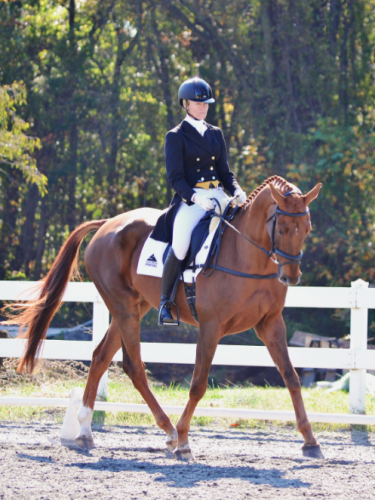 Sinead Halpin and Manoir De Carneville went just after Jennie and Ping, and I expected the French Princess to dance his way right into the lead. Unfortunately — and in a deja vu moment of what happened to Liz Halliday-Sharp and Fernhill By Night at Boekelo last weekend — Tate swapped leads down the centerline before the first halt. Blips that early on in the test are a major bummer, as they give the judges a negative impression right off the bat, and the scores on the movements that following directly after are affected as a result. Of course, the rest of the test was excellent, but that bobble prevented them from taking the lead. They’re sitting in third place on a 45 and are still a major threat to win here this weekend. Sinead and Tate are one of our most competitive upper-level pairs in America right now, and it’s a real privilege to have them competing here at Fair Hill this weekend. 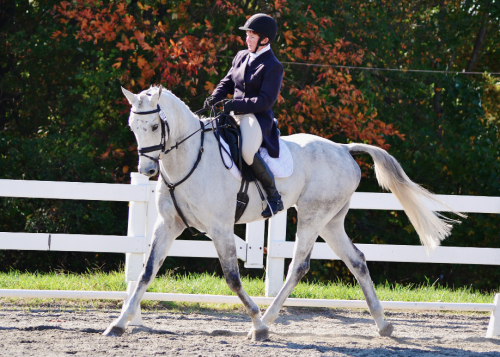 We also saw Sally Cousins and Ideal Contini in this group, and they scored 50.8 to tie for fourth place with Susan Beebee and Wolf. I heard Taz was absolutely wild in the trot up on Wednesday, but he didn’t pull any of his usual dressage warm-up antics today. This horse can put in an excellent test when he relaxes, and Sally has managed to produce some beautiful work out of him this season, which is a real testament to her partnership with this horse. Today was no different, and they’re in a good position going into tomorrow after putting in a strong test today. Lauren Kieffer — who just returned home from Boekelo — and Cosima also had a nice test aside from breaking during the extended trot, and they scored 52 to sit in sixth place. 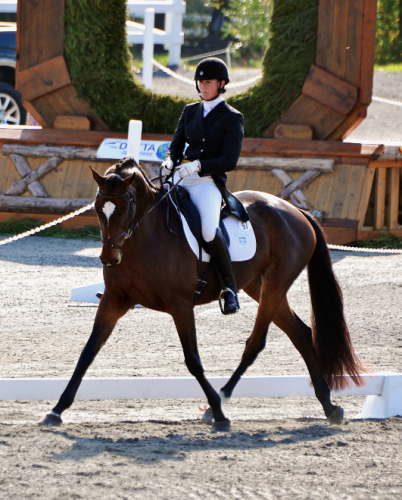 Over in the CCI2*, the top three from yesterday still remain the same, with Boyd Martin and Pancho Villa holding the lead on 41.4, Sharon White and Under Suspection in second on 43.9, and Leslie Law and Billy Wiz in third on 44.2. There’s hardly a cloud in the sky here at Fair Hill, and while the wind has picked up a bit, it’s still a beautiful day. And, lastly, I have to apologize for the lack of videos in my updates. I could at least coax videos to upload yesterday — albeit very slowly — but today the wifi is so terrible that it’s actually crashing my computer when I try to upload videos. Thehorsepesterer even kindly let me borrow his hot spot to try to upload, but since we’re not exactly in a metropolitan area here in Elkton, Md., the results were the same. I’ll keep trying, but it might not be until later this afternoon that I can get these videos uploaded.