Welcome to the 2017 edition of the Rolex Kentucky Three-Day Event! Yesterday marked the beginning of the competition, with the first horse inspection occurring in the afternoon and today we’ll have the first half of dressage. Click here to see the order of go with ride times and here for all the details on how to watch live.

The competitors will be performing the 2017 FEI CCI Four-Star Test A, which is brand new for this year. This will put old favorites and Rolex Rookies on a totally level playing field, as they navigate through the test for the first time. Since Rolex is the first four-star to be held each year, no one has yet seen how the test rides in competition yet. Check here for a summary in all the ways in which this new test differs from the old.

Judging the competitors will be Christina Klingspor of Sweden, who presides over the ground jury. Nick Burton of Great Britain and David Lee of Ireland join her as members of the ground jury. 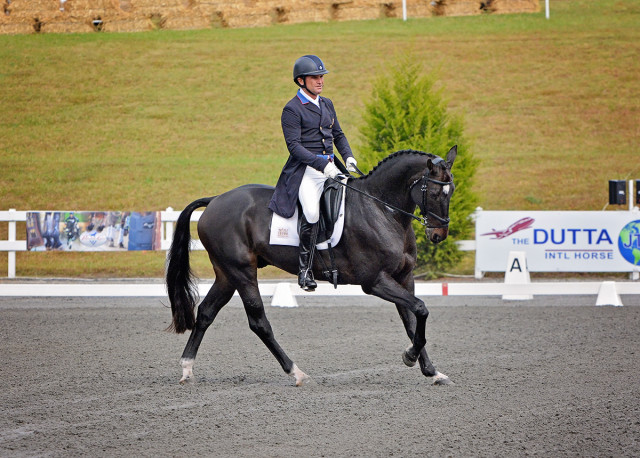 Phillip Dutton (USA) and I’m Sew Ready: With Phillip in the irons, I’m Sew Ready has shown strong consistency in the first phase with regular flashes of brilliance. His strongest performance at the three-star level came at Jersey Fresh CCI3* in 2015, when he and Phillip laid down a 42.4 before the ride came back to Kristin Bond. When I’m Sew Ready and Phillip were re-united in late 2016, they left off where they began, clocking in a 43.4 at Plantation Field CIC3*. 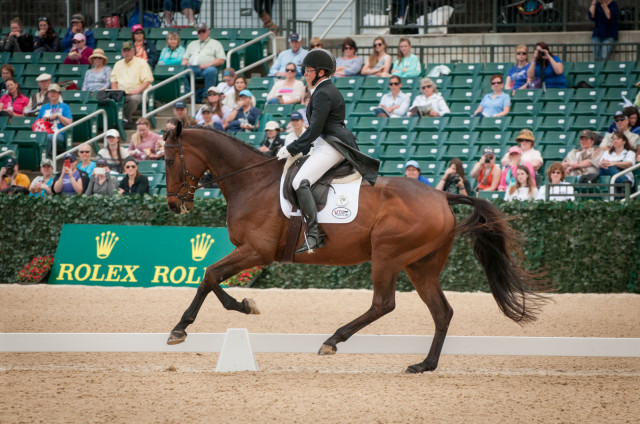 Courtney Cooper and Who’s A Star. Photo by Leslie Threlkeld.

Courtney Cooper (USA) and Who’s A Star: Make sure to tune in after the second break to see Courtney and her homebred gelding, known for their ability to really excel on the flat. Consistently in the mid-to-high 40s, Courtney and Who’s A Star will be looking to improve their test from their rookie debut last year. In their last FEI outing at Red Hills CIC3*, they laid down a 46.3, their second best test at this level.

Maxime Livio (FRA) and Qalao des Mers: French horse Qalao des Mers is the highlight of Thursday afternoon, and should not be missed. Although this pair has yet to strike the 30s, they’ve scored under 46 in five of their six starts at the three- and four-star levels. 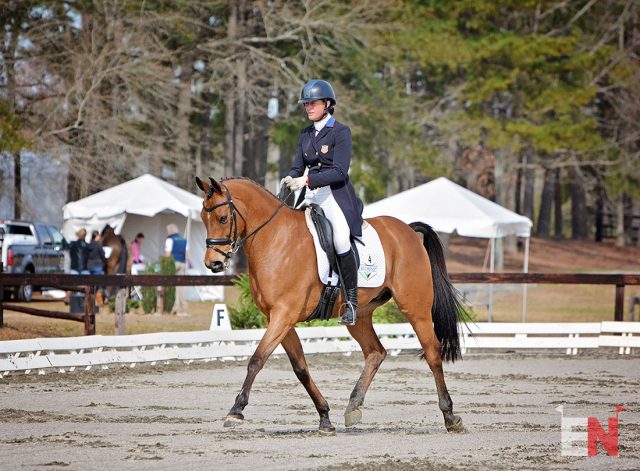 Lauren Kieffer (USA) and Vermiculus: A bit of a wild-card on the first day, this little Anglo-Arab has come out swinging in 2017, dropping his dressage average by a whopping ten points over his 2016 average. Whether he can continue the momentum into his first four-star is anyone’s guess but scoring a personal best of 43.3 at Chattahoochee Hills in his final prep run can’t hurt — nor can having the two-time winner of the USEF CCI4* Championship Trophy in the irons. 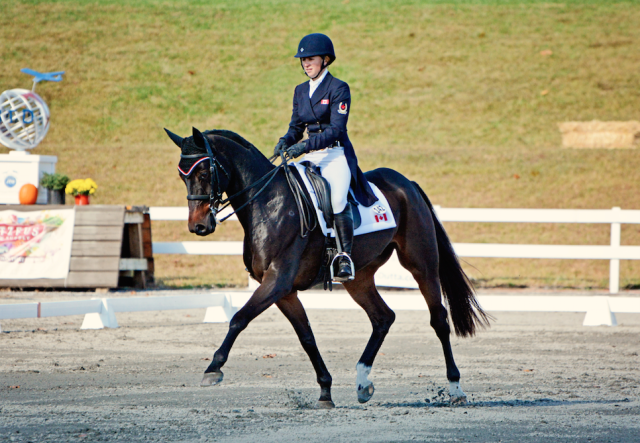 Jessica Phoenix (CAN) and Pavarotti: Pavarotti has improved on his dressage score with every four-star appearance, last scoring a 44.7 in Rolex 2016 before withdrawing prior to cross country. As the final ride of the day on Thursday, a full grandstand will create a lot of atmosphere, but this veteran of the World Equestrian Games should take it all in stride.