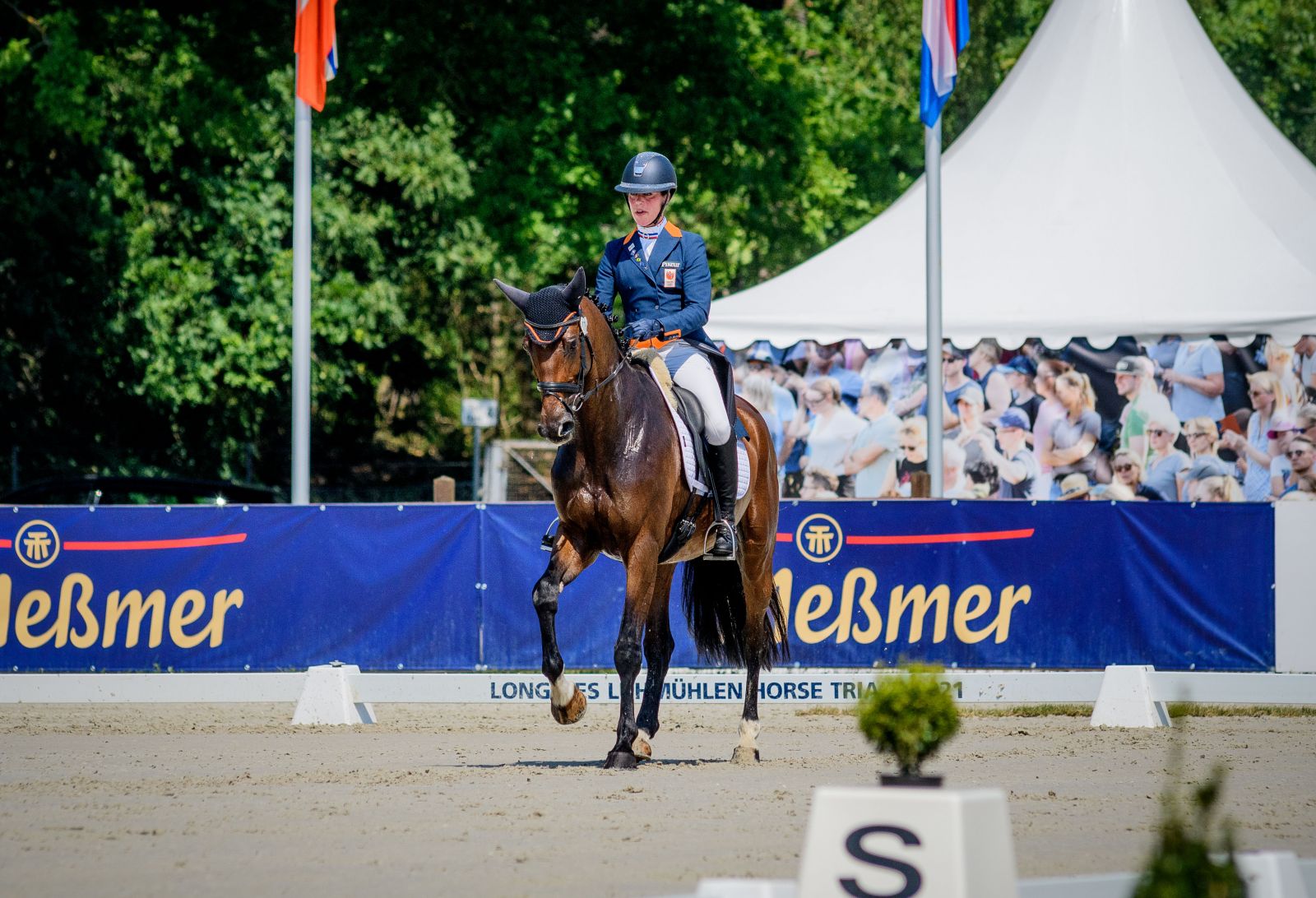 Merel Blom and The Quizmaster. Photo by Tilly Berendt.

The following press release has been translated from Dutch. Please forgive any translation errors.

National coach Andrew Heffernan will take a relatively ‘young’ Dutch team to the European Senior Eventing Championships, from September 22 to 26 in Avanches, Switzerland. However, the coach who lives in Great Britain opted for routine, which is clearly present in this TeamNL.

In addition to veteran Merel Blom, a team of experienced young riders has been selected by Andrew Heffernan for the European Championship eventing in Avenches. He chose Sanne de Jong, Aliene Ruyter and Jordy Wilken, all three of whom were part of the team that finished second in Haras du Pin’s FEI Nations Cup last week. Three riders that were regularly part of the Dutch teams in their junior and young riders period and have already gained the necessary experience in various Nations Cup competitions. Sanne de Jong and Jordy Wilken were also on stage earlier at the Dutch National Championships in Boekelo. They will be joined in the European Championship team by their contemporary Janneke Boonzaadjer, who represented TeamNL at the Olympic Games in Tokyo. Janneke was also present in Haras du Pin, but she did not compete in the Nations Cup with her Olympic horse Champ du Tailleur who was enjoying his holiday.

The selection is also a great success for the KNHS Talent Team, Janneke Boonzaadjer is currently still part of the Talent Team and both Sanne de Jong and Jordy Wilken were previously members of this select group of talents.