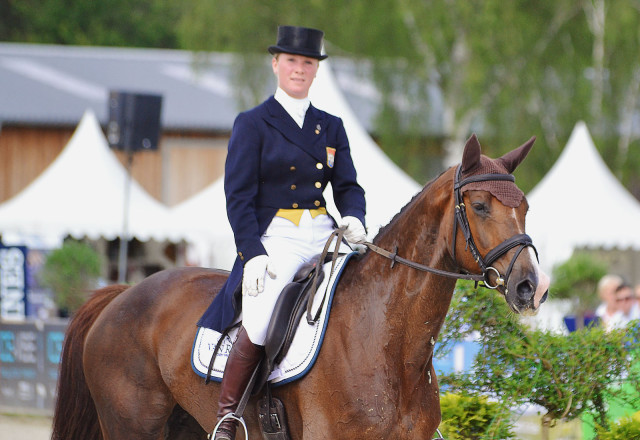 Elaine Pen awaits her score after finishing her test with Vira. She wasn't disappointed — 43.2 for the lead. Photo by Jenni Autry.

I said in my report from earlier today that the judges were in for a real treat with Elaine Pen and Vira, and this pair did not disappoint, scoring 43.2 to ultimately hold the overnight lead after the first day of dressage at Luhmühlen CCI4*. Vira, a 12-year-old Dutch mare by Jazz, is super elastic in her gaits and has incredible suspension, as you’ll see in the video of their test below. This is the mare’s second four-star attempt, the first being the 2012 London Olympics, where she and Elaine unfortunately parted ways on cross country. They also competed on the Dutch team at the European Championships last year, but withdrew after cross country. Also, Vira is EN’s Best Ermahgerd Face winner from yesterday’s unofficial jog awards. EN karma for the win! 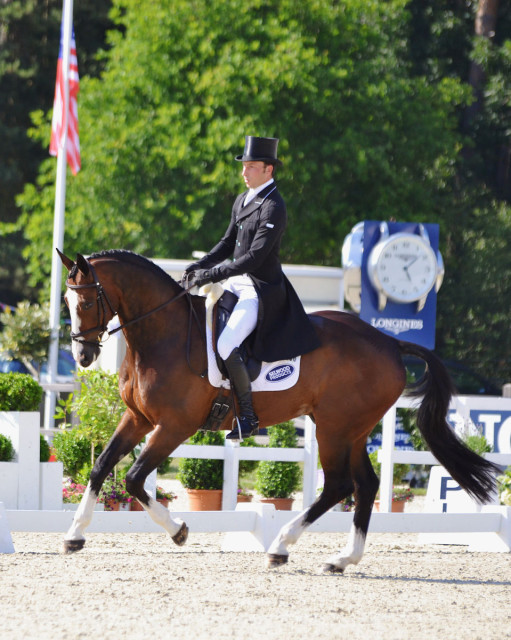 Tim Price and Wesko also had a very nice test and would have passed Elaine and Vira had the horse not felt like dancing in the final salute. That unfortunately meant 4s from the ground jury, but the New Zealand contingent was very happy with the final score of 43.8 for second place overnight. Wesko, a 12-year-old Dutch gelding by Karandasj, attempted his first four-star at Badminton last month, where his weekend ended early when Tim executed a lovely swan dive into the first water complex. Great Britain has three riders in the top 10 at the end of the first day, led by Willa Newton and Neelix, a 14-year-old Irish Sport Horse gelding by Malstriker, on a score of 48.0 for third place. 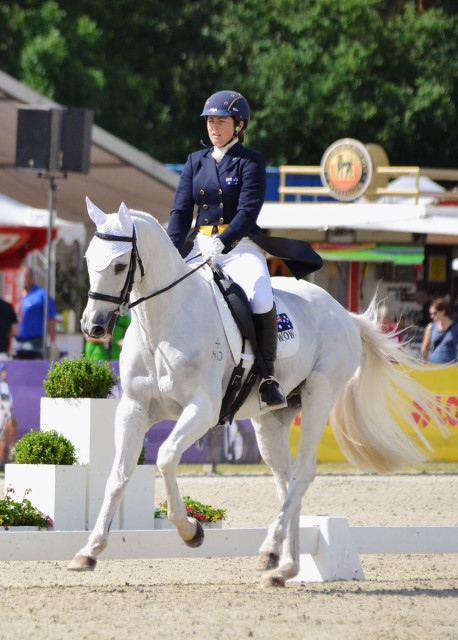 That’s it for scores in the 40s, and the judges — Gillian Rolton, Ernst Topp and Alain James — were definitely out for blood today in their marking. Luhmühlen is the ground jury’s unofficial warmup for the World Equestrian Games, where they will all be officiating together again. Andreas Ostholt and So Is Et and Alice Naber-Lozeman and ACSI Peter Parker round out the top five on scores of 50.5 and 50.7, respectively. Alice was the only rider in the top five to wear a helmet. In total, six of today’s 27 riders wore helmets, which is about 22 percent: Boyd Martin, Rodolphe Scherer, Millie Dumas, Natalie Blundell, Alice and Malin Peterson. Stay tuned for much more from Luhmühlen. 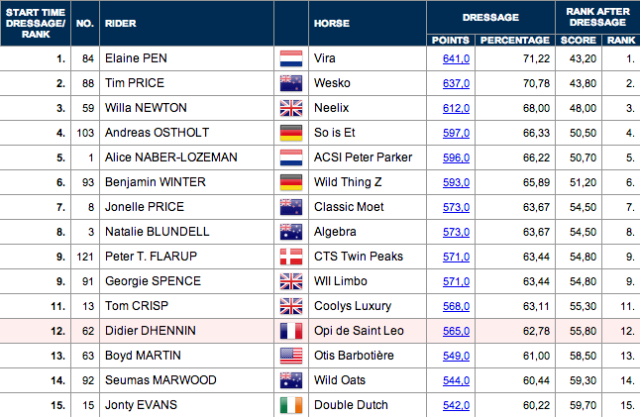