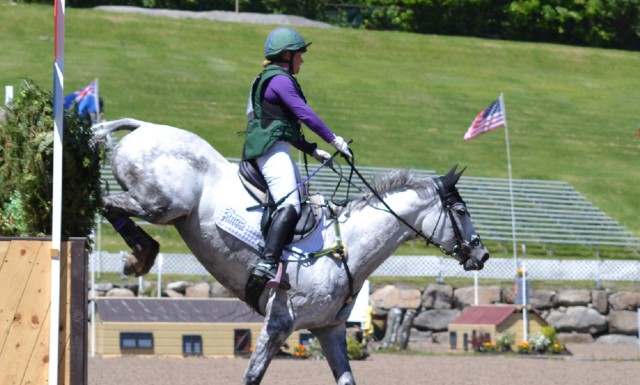 Double-clear cross-country rounds are gold here at Bromont and Emily Beshear produced one of only three of them with Shame on the Moon in the CCI3* today.

Emily told us yesterday that she came here looking for a challenge in preparation for her ultimate 2015 goal: Bleinheim in September. She said that, between the toughness of the course and the challenging terrain, she thought it would be a better prep for her mare than last month’s Jersey Fresh.

Her objective for today, she said, was to give “Delta” an opportunity to step up to the plate.

“There are a lot of lines where you have to be determined and accurate,” Emily said. “Delta is certainly ready for those challenges and I need to convince myself she’s not green anymore and I need to go out and ride the course the way it’s meant to be ridden.”

Delta showed that she was ready for whatever the cross-country gods threw at her on course today. She looked keen and fit throughout, and we can’t wait to see this pair give it their all in the showjumping tomorrow. 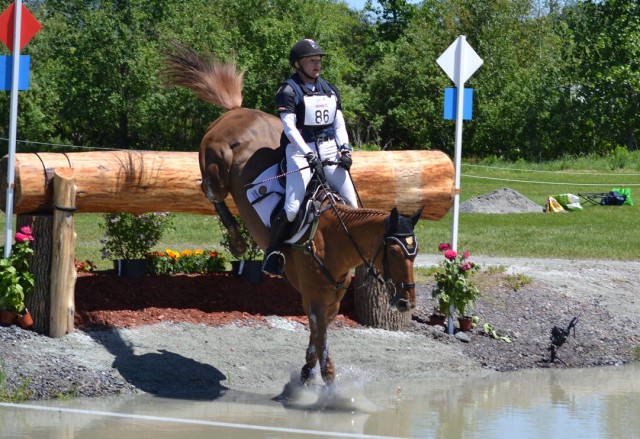 …while Matt Brown and Super Socks BCF coasted from fifth into third on the wings of their double-clean trip. 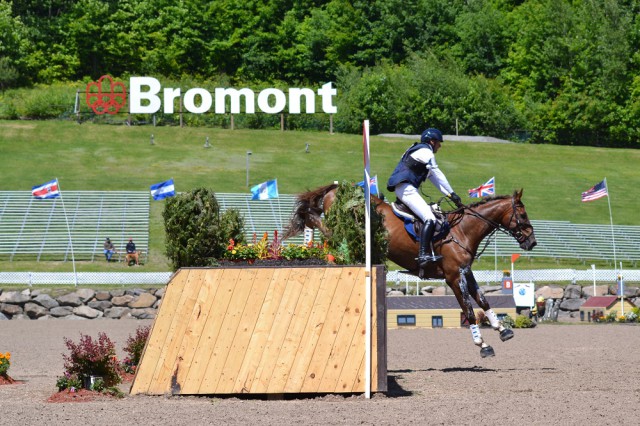 Emily, Marilyn and Matt kindly stopped by to tell us about their rides:

Dressage leader Selena O’Hanlon told us yesterday that she came here looking for redemption after a less than happy Saturday at Rolex.

Despite coming out on top after yesterday’s dressage, Selena was adamant that she was looking for a confidence-building ride today and didn’t mind collecting a few time penalties in that pursuit. Happily, Foxwood High outran his demons, making short work of the course. Eight time penalties dropped them to fifth but we’re sure Selena is just happy to have her horse back. 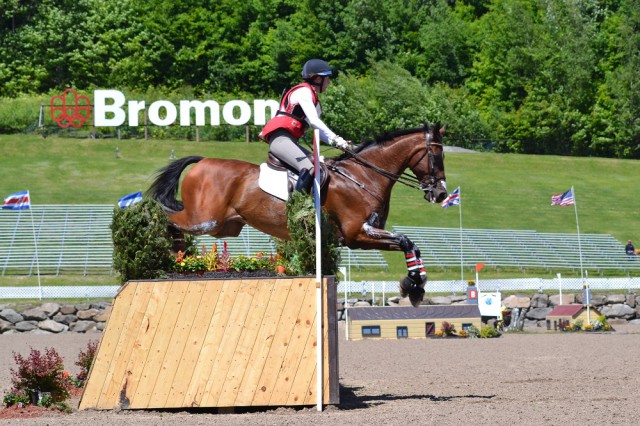 Waylon Roberts and Kelecyn Cognac was the third member of the double-clear club and made a big leap from 10th to fourth as a result.

Problems were scattered evenly throughout the course. The first water came up early, at fence #4, and it caught a couple horses off guard: Sharon White’s Wundermaske, who collected 20 then retired at fence #9, and Peter Barry and Kilrodan Abbott, who retired after two stops at the water.

Lauren Kieffer and Landmark’s Monte Carlo collected 20 at the C element of fence #11, a reverse pass through the first water.

Erin Brooke Freedman’s Viola ran into trouble late in the course, at fences #20, a tricky turning combination of brushes and corners, and #22, the final water.

Zack Brandt and Cavallino Cocktail looked super early on in the course but unfortunately a fall at the back of the course brought their day to an early end. 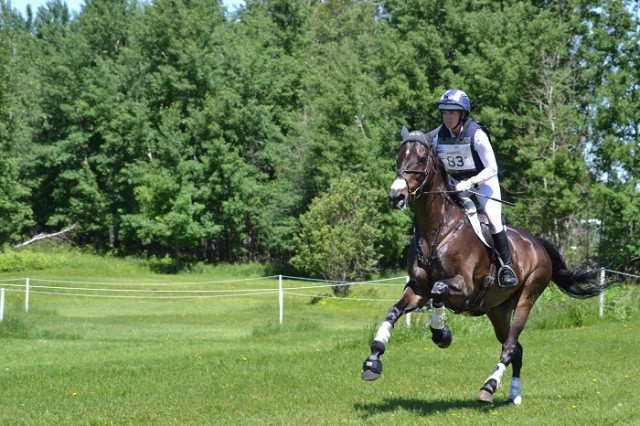 Alexandra Knowles and The Dark Mark. Photo by Leslie Wylie. 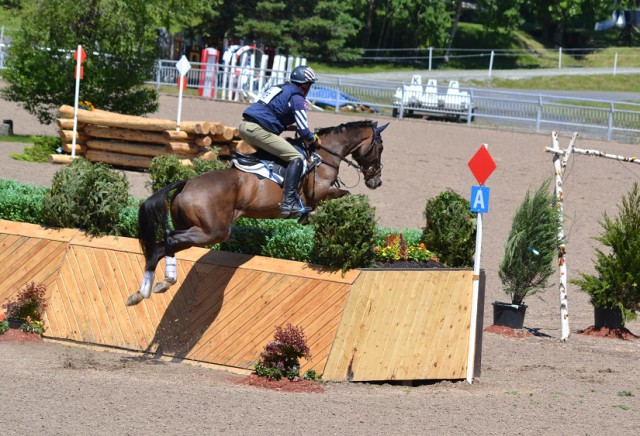 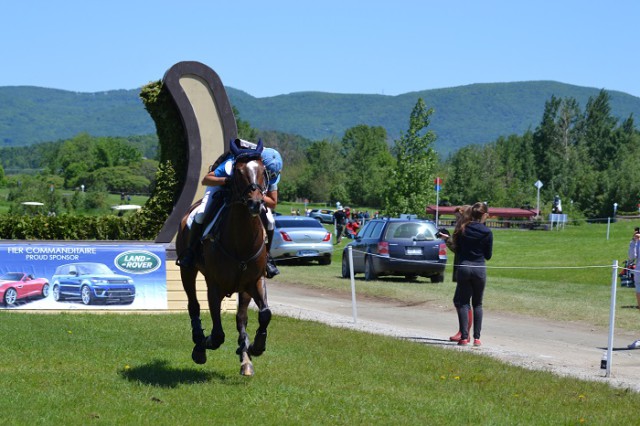 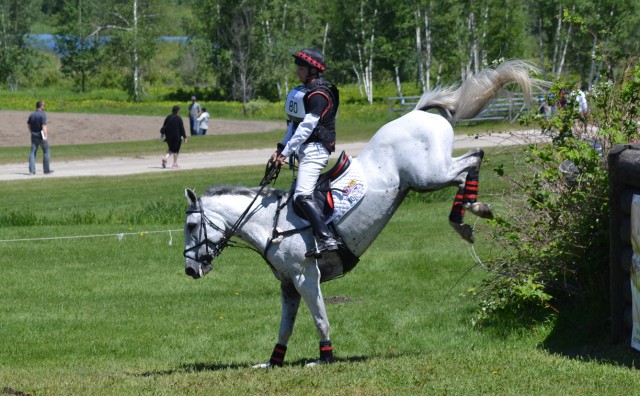 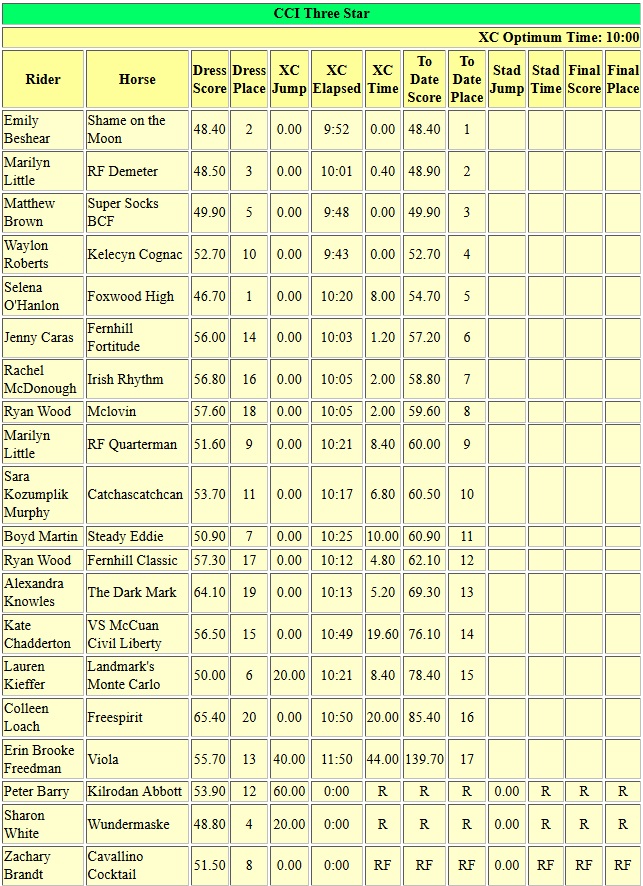 The CCI2* is underway and we’ll be back soon with a report from that division as well.