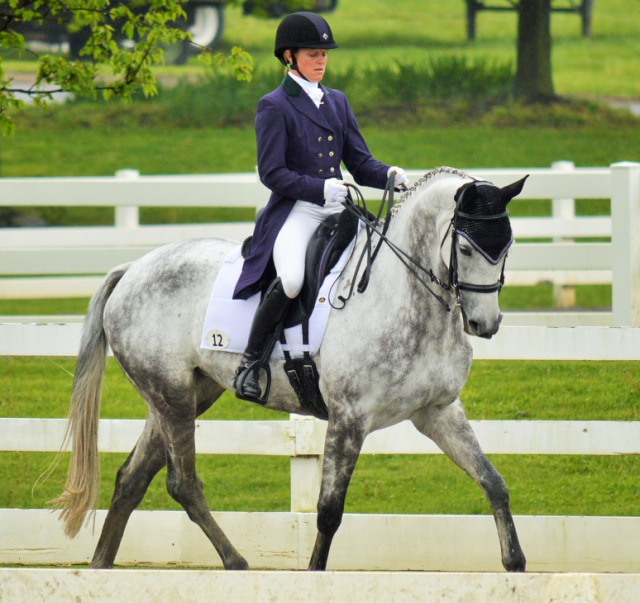 It’s a dreary day here in New Jersey for the Jersey Fresh International Horse Trials, but there has been some fantastic dressage to watch while we try to stay warm. The top 5 are tightly bunched with a mere 5.9 points separating them currently. Emily Beshear and the lovely mare Shame On the Moon came out on top after putting in a lovely test that this mare is capable of. Emily thought she left a few points off the board due to the sloppy footing, but the test still pleased the judges enough to score a 43.9. 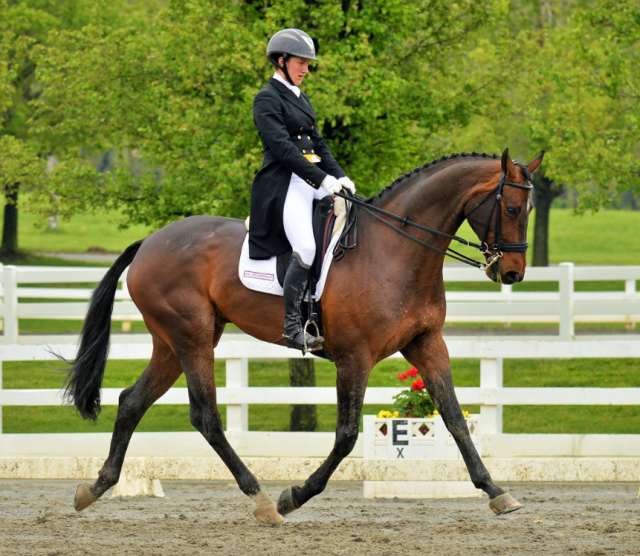 Kristen Bond’s second ride of the day, Seams Ready, came with a late run to take over second place from Lynn Symansky after scoring a 45.0. Seams Ready is a fantastic mover, and the judges were definitely drawn to the bigger movers in the class. Kristen gave a big thumbs up when she exited the arena with a big smile. 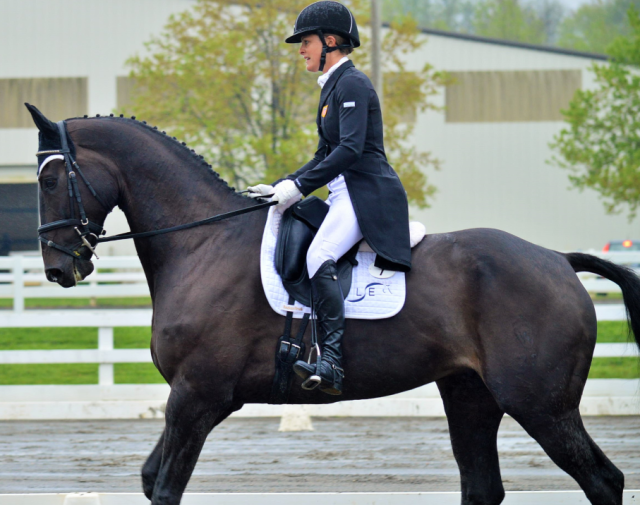 Lynn Symansky and Osborne 9, who is making his CCI2* debut, also impressed with some really lovely movement to score a 45.4. This horse exhibits some brilliance that makes him an exciting horse for the future for Lynn, who did a great job keeping the dark bay gelding under wraps. 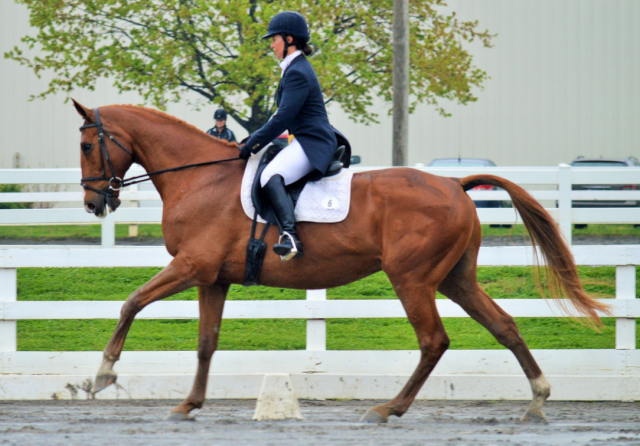 Alyssa Peterson and Music Man II also had a commendable ride, scoring a 48.7 for 4th place overnight. Music Man II is a big, lanky gelding and Alyssa does a wonderful job of keeping all of his moving parts working together. The pair had a lovely, quiet test and will be pleased with this test in their CCI2* debut. 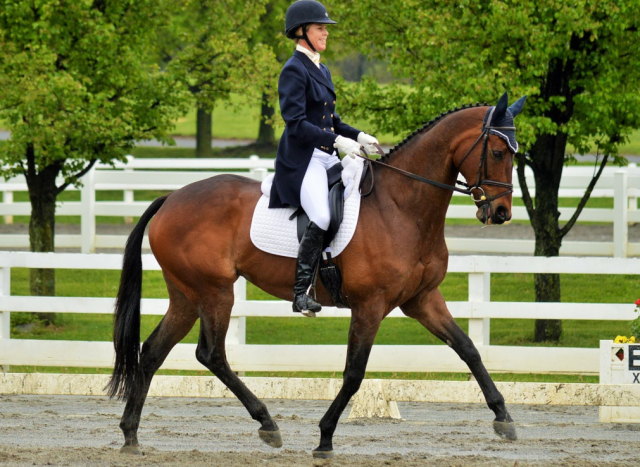 Great Britain’s Victoria Jessop rounds out the top 5 with Desert Mystery. Victoria rode with a big grin throughout her time in the arena, and the lovely Desert Mystery really put forth a great effort to break into the 40s with a 49.8. Victoria has brought Desert Mystery up through the levels, beginning their career together at Novice in 2009, and this is also the horse’s CCI2* debut. 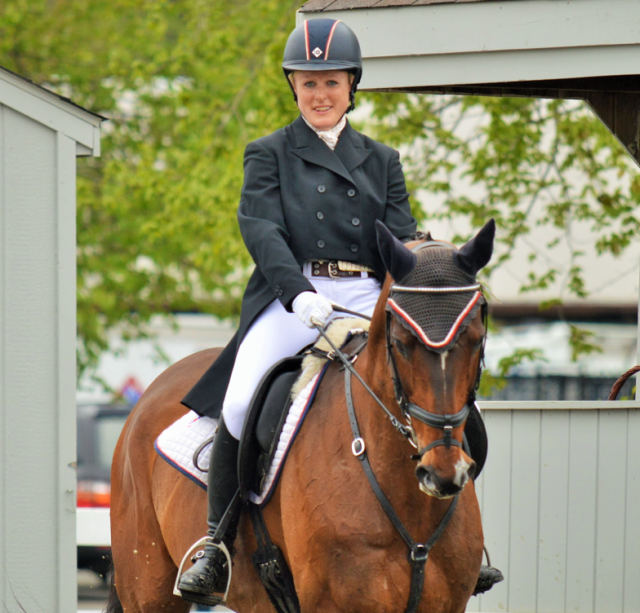 I must also give a nod to “the other Dutton,” Justine Dutton, and Huck Finn, who scored a 53.5 for 11th place after putting in an accurate test. Justine previously submitted the story of her and Huck to EN earlier this year, and it was a pleasure to see her lovely ride this morning.

The CCI3* is set to begin dressage in about an hour, and it’s slowly but surely warming up as the day gets older. Stay tuned for much more from Jersey Fresh.

Emily Beshear & Shame On the Moon: