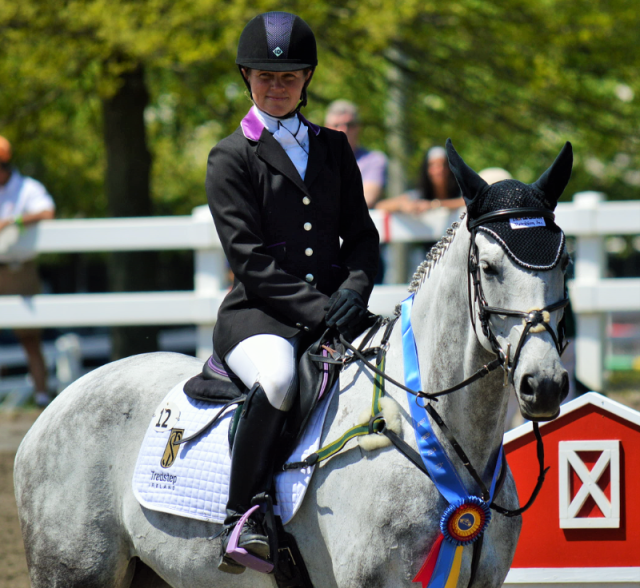 Emily was all smiles today after her winning show jumping round, which sealed the deal on a fantastic weekend for the pair with a relatively new partnership. The show jumping course rode quite tough for the competitors today, with only three riders pulling off double clear rounds. 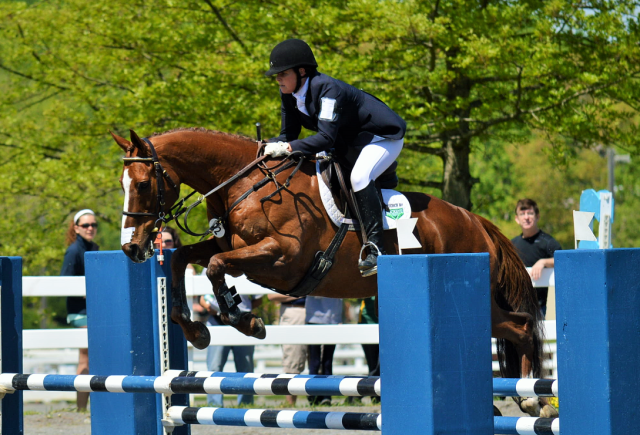 There was no particular bogey fence, and I’m fairly sure that every fence got at least a hard rub throughout the morning. Emily had about four rails in hand going in and needed two of them. Emily said she did not blame the rails on fatigue, but rather just a couple of things that would need to be tweaked back at home. Emily has only had Delta since December, and it appears that these two are getting along just fine. Emily plans to test the waters at the Advanced level next with the 8 year old mare, but will let Delta tell her when she is fully ready for the step up. 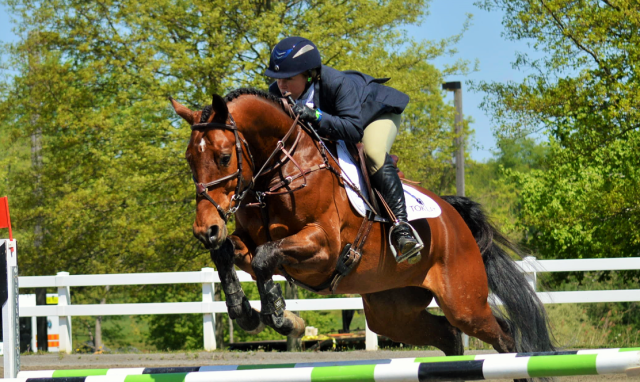 Coming up to take second was Melissa Miller and her 14-year-old OTTB, High Finance. Melissa enjoyed a big jump up the leaderboard this weekend, moving up from ninth after dressage to fifth after cross country thanks to a double clear run. Melissa only knocked one rail to sneak past Victoria Jessop and Desert Mystery to take home second place. Melissa has a great story with this horse – be sure to check out the interview video below for more. 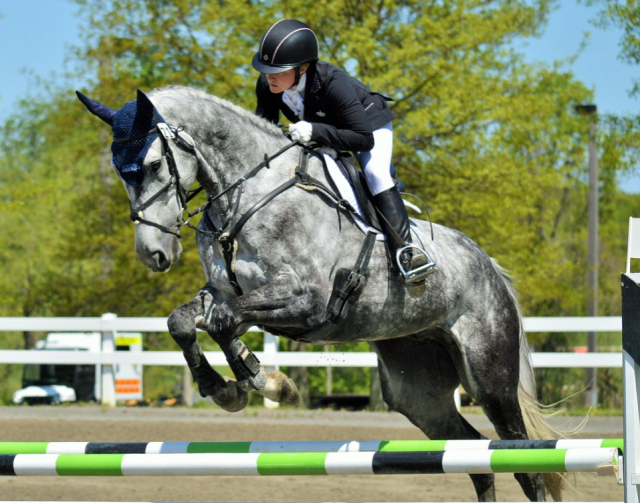 Sara Gumbiner and Polaris, Colleen Rutledge and Escot 6, and Ian Roberts and Faolan all turned in double clear rounds. This was only Colleen’s fourth event with Escot 6, whom she acquired from Mara DePuy a few months ago, and this is another exciting new partnership that shows much promise for the future. Escot could barely contain himself during the awards ceremony, and Colleen was quite amused by the antics. 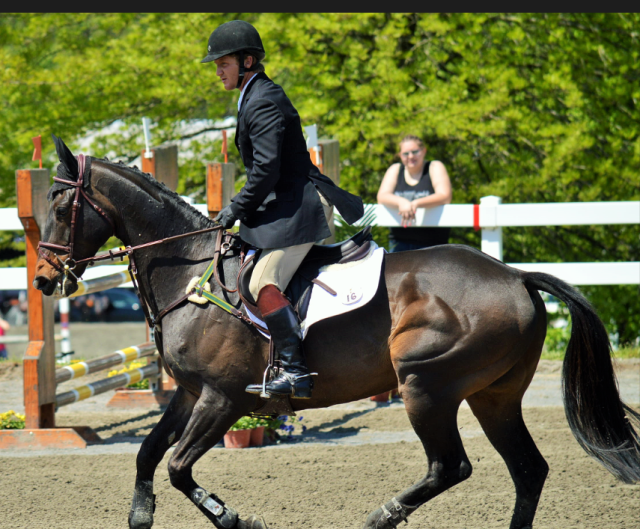 Kurt Martin and DeLux Z turned in an impressive round, just knocking one unlucky rail in the treble to pick up fifth place on the weekend. Kurt said earlier this week that he was looking for positive rounds from both of his mounts this weekend with the big picture in mind, and I’m sure he will be kicking himself for the rail but overall quite pleased with DeLux Z.

The CCI3* riders are just finishing up walking their course now, so stay tuned for the finale of Jersey Fresh!

Emily Beshear and Shame On the Moon: