Should we put on our sunglasses? Should we get out an umbrella? Lots of questions up in the air here at Richland Park Horse Trials, some of them involving erratic weather and others regarding who’ll be besting the leaderboards by the end of the day.

At the lunch break Emily Beshear and Buck Davidson are sharing the CIC3* lead on twin scores of 41.30.

Shame on the Moon‘s last big outing was Bromont in June, where the pair held the lead through cross-country then dropped to second after a couple unfortunate rails. They knocked the dust off with an easy lope around Fair Hill a couple weeks ago and nobody is surprised that Emily and Delta have come out guns blazing here at Richland. 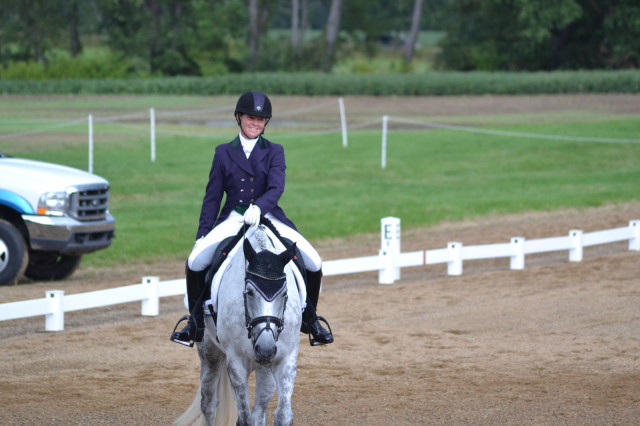 In typical Buck fashion he has nine horses running in FEI divisions this weekend, five of which are in the CIC3*. Carlevo was his first ride of the day, and it’s the horse’s first 3*. We’ll look forward to seeing this big, attractive 8-year-old Holsteiner tackle the big-kid jumps here this weekend. 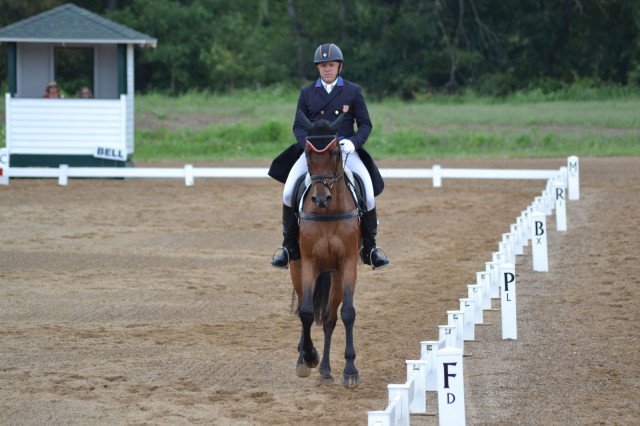 Mikki Kuchta and Rubens D’Ysieux round out the top three on a 43.10… 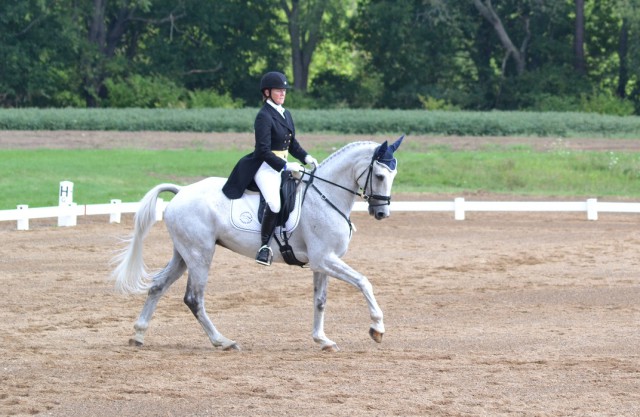 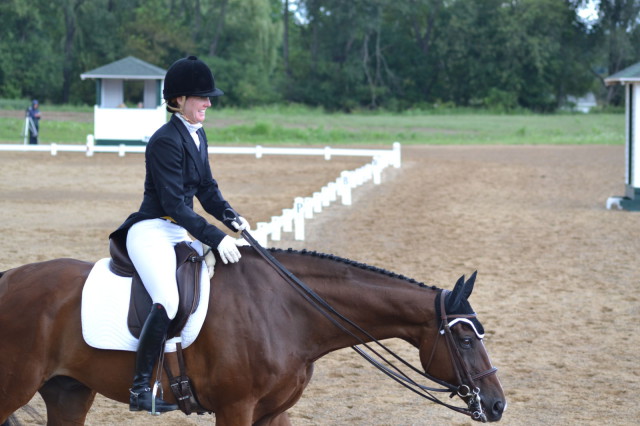 And it’s Elisa Wallace and Simply Priceless in fifth on a 45.40. 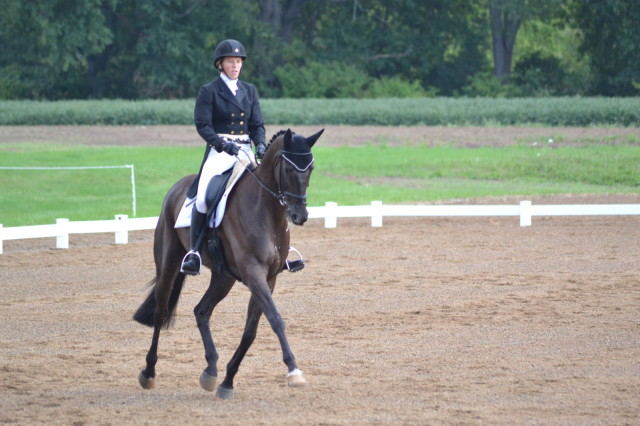 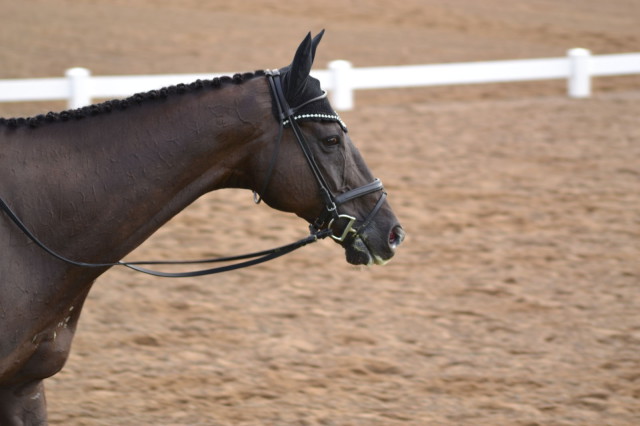 Simply Priceless looking quite pleased with himself on the way out of the ring. Photo by Leslie Wylie.

Elsewere Clayton Fredericks and FE Bowman will take the overnight CCI2* dressage lead on a 30.50, while Peter Barry and Long Island T are currently topping the CIC2* on a 42.3. 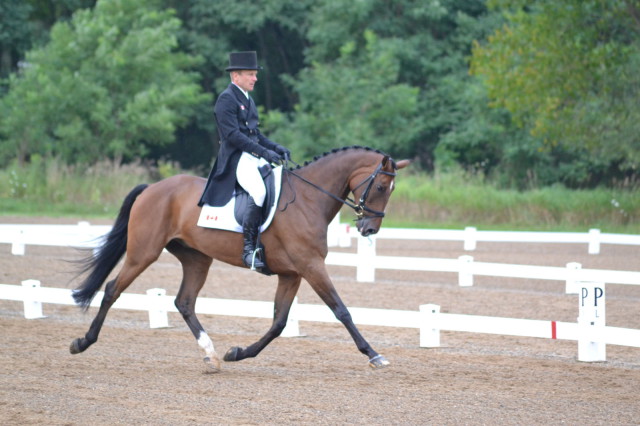 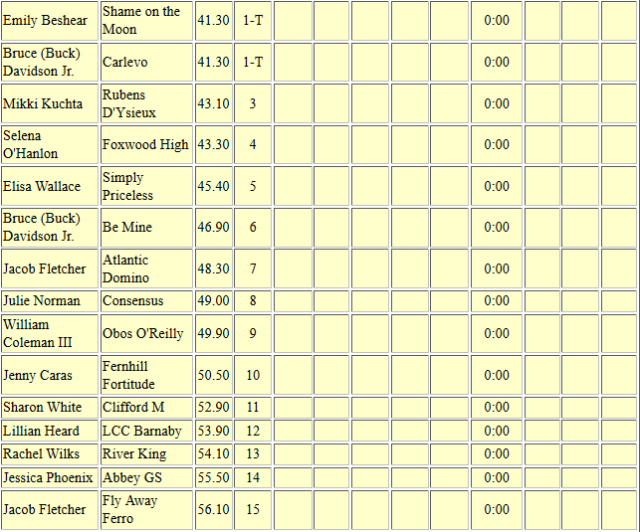 Much more to come. Stay tuned!