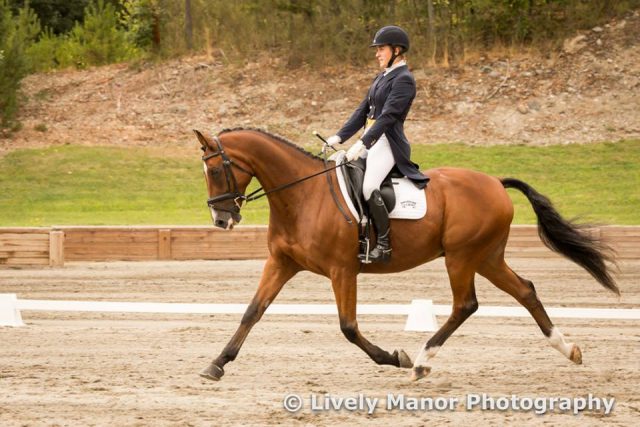 Eyes are on the west coast this weekend as Aspen Farms is hosting Washington state’s only Advanced-level horse trial along with the Area VII Championship.

The $4,000 Tin Men Supply Advanced, the second qualifier for the 2018 USEA Adequan Gold Cup series, kicked off the action in the sandbox yesterday with Emily Pstl-Dimmitt topping the standings with Michele Pestl’s Airlington on a score of 30.

“We’ve been working to get him more fit this summer so he’s feeling like he has a bit more energy on the flat and is more rideable lately,” Emily said. “We had several bobbles here and there today and there were several more points to be had, but he was overall very obedient in his usual consistent way. I’m very happy with his performance.”

Sabrina Glaser sits in second place with Patricia Yust’s Rembrandt. The 9-year-old Selle Grancais carries 33.7 penalty points into the jumping phases. Her Canadian compatriot Anne-Sophie Levesque and her own Eskapade hold third on 34. 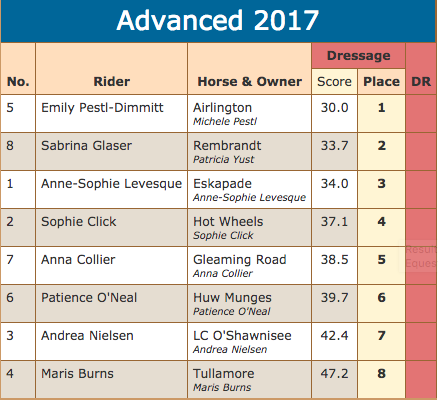 Aspen Farms is hosting nearly 300 horses today from all over the Pacific Northwest as they celebrate their 10th anniversary of USEA horse trials. 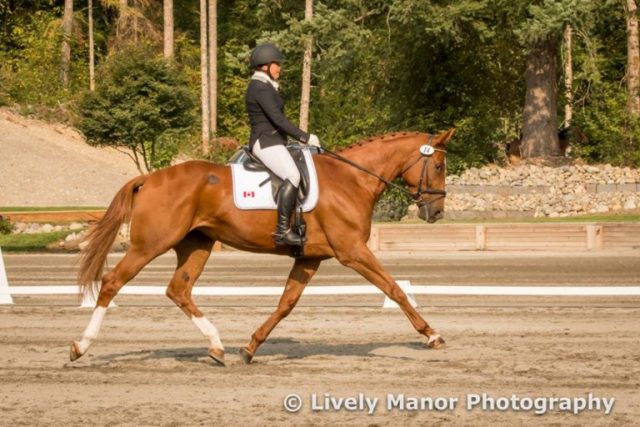 In the Intermediate Championships, Sara Sellmer is leading the way with Amy Click’s Rubia. This pair were the CIC* winners at Aspen Farms earlier this summer, and they now proudly on a score of 25.8.

Maya Black is in second with her own off-the-track Thoroughbred Mowgli on 27.5. Sarah Haff and Defensive Player follow in third with a mark of 31.

Meika Decher is the overnight leader in the Preliminary Championship division with her hombred gelding Archie McPhee.

Scores are tight throughout the rest of the championship divisions with the best of the Pacific Northwest out to claim their titles, and rightfully so with over $20,000 in cash and prizes for this weekend’s top finishers. Stay tuned for the rest of the action from Aspen Farms.

Wildfires have been of major concern to Aspen Farms this weekend. Yesterday the event announced that their September Horse Trials and Area VII Championships would proceed as scheduled due to conditions int he Yelm, Washington area being not directly impacted by smoke. The Environmental Protection Agency marked the Air Quality Index (AQI) as Moderate in the area, and have since shifted to Good.