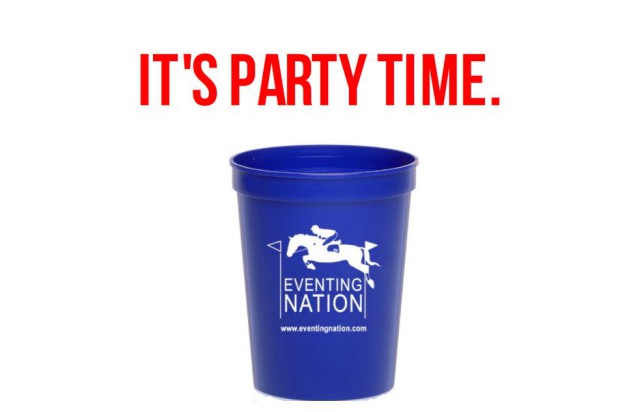 Eventing Nation has the best readers in the land, and because nothing says “thank you” like free refreshments and swag, we’re throwing Eventing Nation’s 2nd annual reader appreciation tailgate party!

Consider this your official invite.

What: All the fun, all day long. In addition to the most ridiculous lineup of contests and activities EVER, Rolex competitors and EN friends will be stopping in throughout the day to sign autographs and party with the people. The guest list includes several of EN’s favorite riders, including but not limited to Michael Pollard, Allie Knowles, Caitlin Silliman, Allison Springer, Erin Sylvester, Jon Holling, Emily Beshear, Libby Head and more! Take a selfie in the EN photo booth, meet the EN crew, and get your game face on for a chance to win awesome prizes. With Tredstep Ireland as the party’s presenting sponsor, this year we’re taking the sport of tailgating to a whole new level. 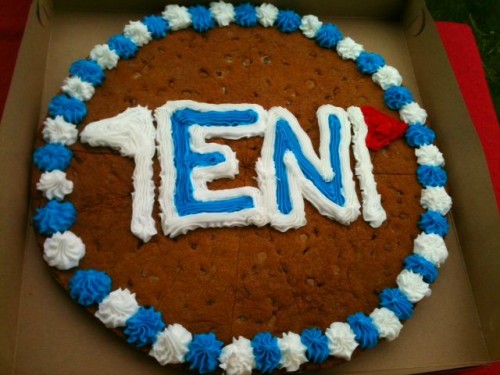 You know you want the cookie cake. Come and get it.

Where: The infield at the Kentucky Horse Park. We’ll be in tailgating space #89 — it’s to the right of fence #12, the Tobacco Stripping Bench/Whiskey Corners (near the sunken road and  the fallen tree jump, neither of which are on the course this year). Look for the red and white cross-country flags and the crowd of people who look like they’re having the best day of their lives.

Why: Because you’re awesome.

12 p.m. Haven’t you always wanted to party with Jimmie and Dom Schramm, Advanced-level eventers and celebrity hosts of the award-winning Evention video series? Now’s your chance! Check out their just-released Rolex special:

1 p.m.  Attention Rolex know-it-alls: Horses in the Morning hosts Jamie Jennings and Glenn the Geek and producer Jennifer H. will be stopping by to emcee in a round of EN’s world famous Rolex Trivia. Can you take the heat? 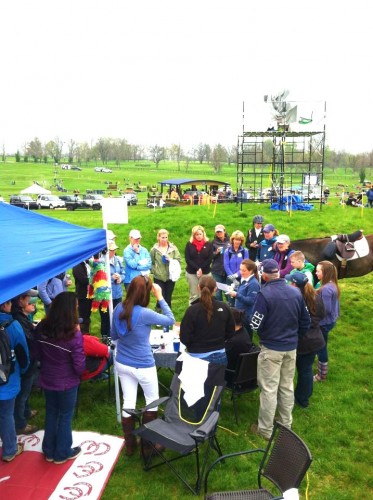 3 p.m. Meg Kepferle may be best known as the brains and brawn behind Team SHE, but she’s probably fourth or fifth best known for her Creepy Dance Party videos. I don’t know how to explain it — you’ll just have to watch. Anyway, we’re having a Creepy Dance Party Dance-off at the Tailgate; lord willing and the creek don’t rise, Meg will be on hand to judge. This thing is going to go down in EN history, trust me, you do not want to miss it!

See you there and Go Eventing!