Talent comes in all shapes and sizes, and we at EN see it in Targaryen TWF, a 14.1-hand 4-year old Welsh/Arabian pony that has been turning heads on the FEH/YEH circuit this year. Who is this superpony, whose barn name, coincidentally, happens to be “Teddy”? Owner Katharina Huenermann shares his story. 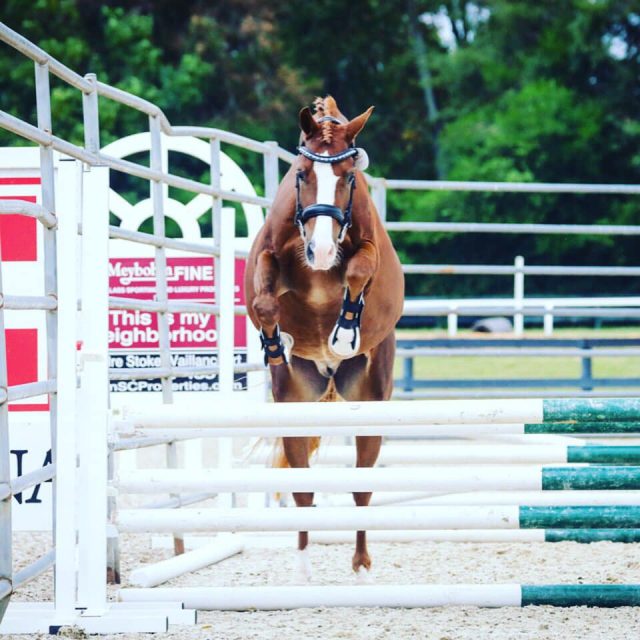 Targaryen TWF, aka Teddy, was born in 2016. He is out of purebred Arabian mare CNF Marteenna, by Winterlake Tristan, who himself is starting to compete at the GP Dressage Level. Teddy’s grandsire is the famous North Forks Cardi who was US National Grand Prix Dressage Freestyle Champion in 2014 and has sired countless successful offspring.

Bought as a gangly 2 1/2 year old from breeder Jennifer Fair, I gave Teddy time to mature and grow up in a field with seniors. The following year (2019), he accompanied my other Half-Arabian (Holsteiner/Arab by Quite Easy/Quidam de Revel) to Regional and National shows for Arabian Sporthorses. Already then he won several Championships in in-hand classes for Dressage and Hunter type. At the Sport Horse Nationals in Chicago last September he took home a Top 10 (5th) out of over 30 horses for Sporthorses in-hand Dressage type.

Brought along carefully, with enough time to prepare thanks to Covid-19, we decided to compete him in the Beginner Novice three-phase division at the Chattahoochee Hills Eventing schooling show last month. With a dressage score of 25, a double clear stadium and one little baby moment on cross country, he still finished strong in 4th place.

A couple weeks later we entered the Young Horse Show qualifier at Chatsworth Stud (now LeBonheur Equestrian) in Chatsworth, GA. This show series has been around for over 10 years now and has been a successful stepping stone into competition arenas for young Warmblood horses bred in the U.S. There he won the Suitability test for Sporthorses (4-year-olds) with an average score of 8 and also took home the blue ribbon in the 4-year old Dressage class with 78% — beating well-bred Warmbloods. 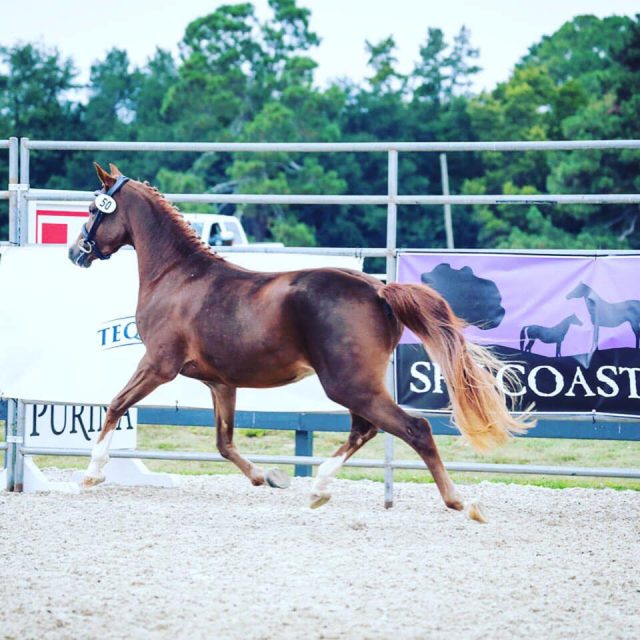 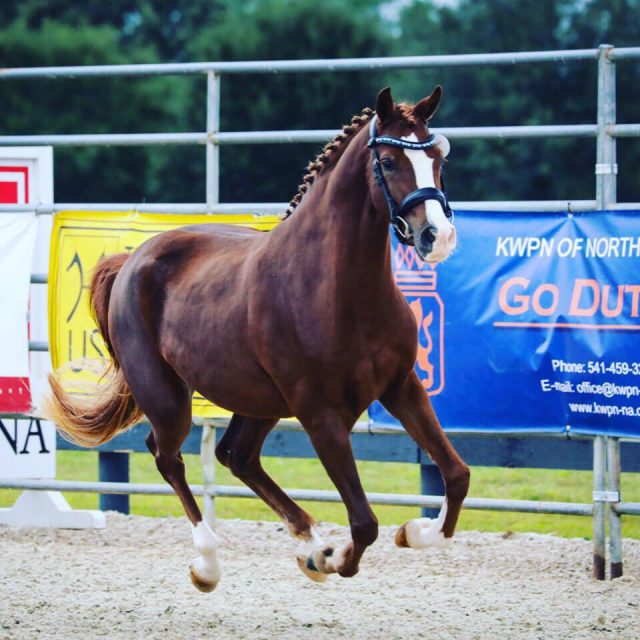 Last but not least, before Georgia summer makes it impossible to compete, I thought we’d give the Young Event Horse qualifier at Chatt Hills a try. Knowing that this would be basically a move up to Novice Level, our coach and I came up with a game plan and decided to not run him on the cross country part if the show jumping part was a challenge.

Dressage was again a super test and he scored 8.5 on trot, 8.0 on walk and canter and 9.0 on rideability. The show jumping phase went very smoothly so we continued onto cross country. It was a challenging but fair course for a baby pony. We finished happily, but could have shown more canter and out-of-stride jumping in the field. Nonetheless, by winning the dressage and show jumping phases, we came home with 1st place out of five horses.

The overall commentary and potential for a 4*/5* star horse from judge Holly Matt reads as following: “Lovely type! I would love to give more. Will mature! 5* pony.” 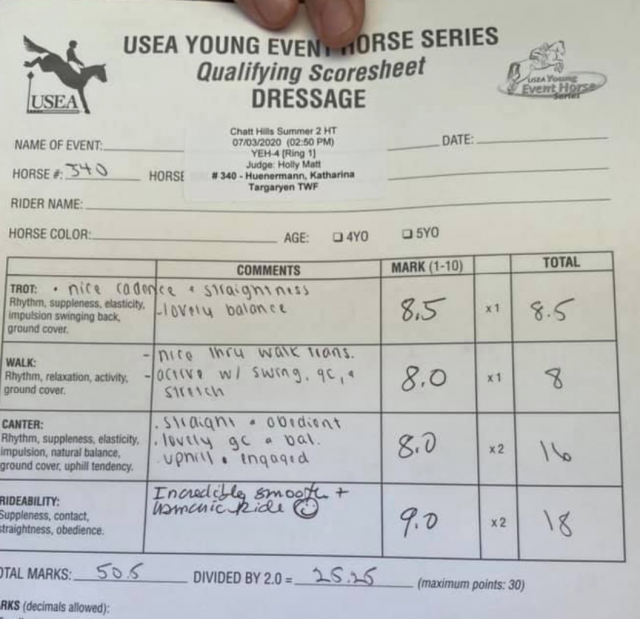 This pony has not only talent and courage, but also a heart that is bigger than some of his fellow competitors. Given the fact that we also attended the USEA ICP symposium back in February in Ocala this year, where I presented Teddy in the 3-year old in-hand division and was told that he would be the ideal upper level prospect (if only he were only two hands taller), this gives us confirmation that he indeed has the potential as an upper level horse. 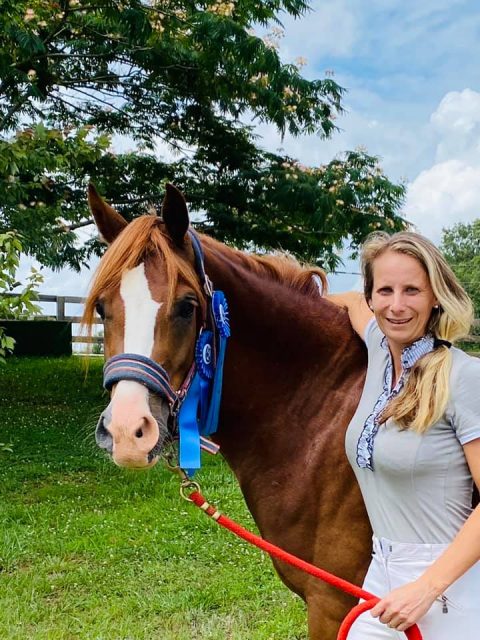