“He went in during a torrential downpour — sheets of water were coming down,” Alexis recalls. “He should have been naughty in there, honestly, but he did not move an ear during the whole test. I just wanted to get the hell out of there but he was fine, he was happy. Even the judges commented on what a trier he was.”

The pair won the dressage on a 27.9 and held the lead throughout the event, adding 6.4 cross country time faults to top the 30-horse CCI2*-S division. (See complete event results here.) 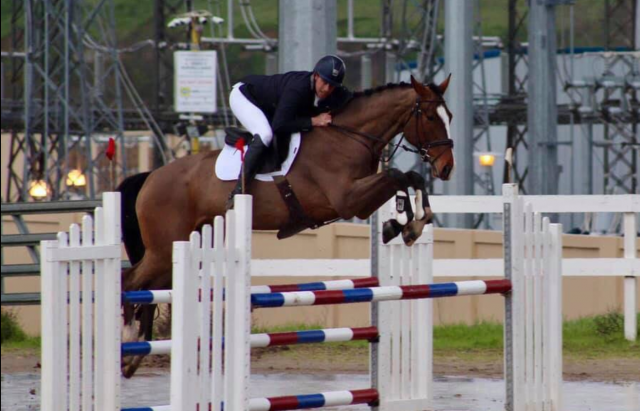 Alexis Helffrich, of Cheval Training in San Ramon, California, has been riding “Cooper” since the horse was a 4-year-old just started under saddle. Their partnership has only solidified as they’ve advanced up the levels, earning multiple blue ribbons along the way. Highlights of 2018 include a 1st at Fresno County Horse Park H.T., 3rd in Open Prelim at Rebecca Farm, 1st in Open Prelim at Twin Rivers Fall H.T., and 2nd at his first FEI outing, the Woodside CIC1* in October 2018. 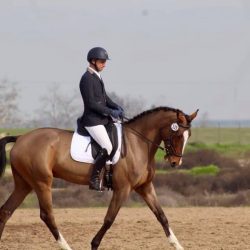 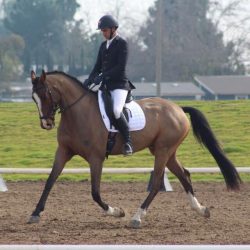 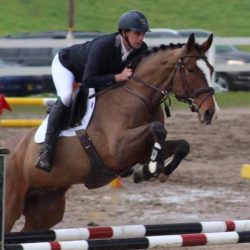 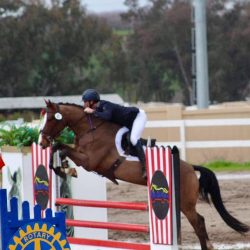 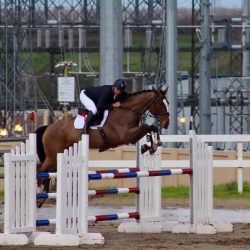 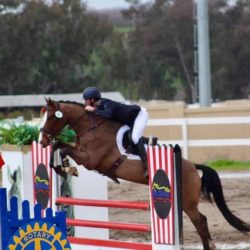 “He’s super in all three phases,” Alexis says. “He has a great brain, and he’s the happiest horse I’ve ever met. His ears are always forward — in three years I don’t think I’ve ever seen him put his ears back. He’s very brave, not scared of anything. If he sees something spooky he goes and tries to eat it. He loves horses, he loves people, he’s always doing funny things around the barn. He’s the kind of horse you look at and he makes you smile.”

Alexis’ Advanced horse London Town, with whom he won the Woodside CCI4*-S (former CIC3*) last May, is currently sidelined with a minor injury — “He’ll be back sooner rather than later,” Alexis reports — but in the meantime he has been keeping busy with his up-and-coming horses. 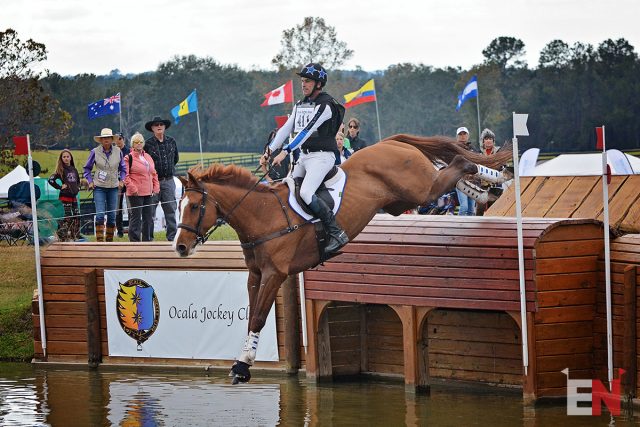 The spring plan for Cooper is to do the Twin Rivers CCI2*-L in April and then move him up Intermediate. Their big goal, if they can get some help from grants: the 7-year-old Championships at the FEI WBFSH World Breeding Eventing Championships for Young Horses at Le Lion d’Anger in the fall.

It would be a sweet homecoming for Alexis, who grew up in France before moving to California in 2005 as a dual citizen. His experiences abroad include a two-year working student position with Andrew Nicholson in England and earning his instructor certification from the the Ecole Nationale d’Equitation in Saumur, France.

Alexis sees big things for Cooper’s future. “He just surprises me more and more,” he says. “I have a lot of hope for him.”