EN’s Got Talent is Eventing Nation’s newest series. We hear all the time about horses at the top of the sport, but what about the next generation of equine talent? This series introduces the future superstars of the sport, interviewing riders about how they’re tackling training with these youngsters. Have you spotted a spectacular young horse at an event you think should be highlighted in this column? Tip me at [email protected] 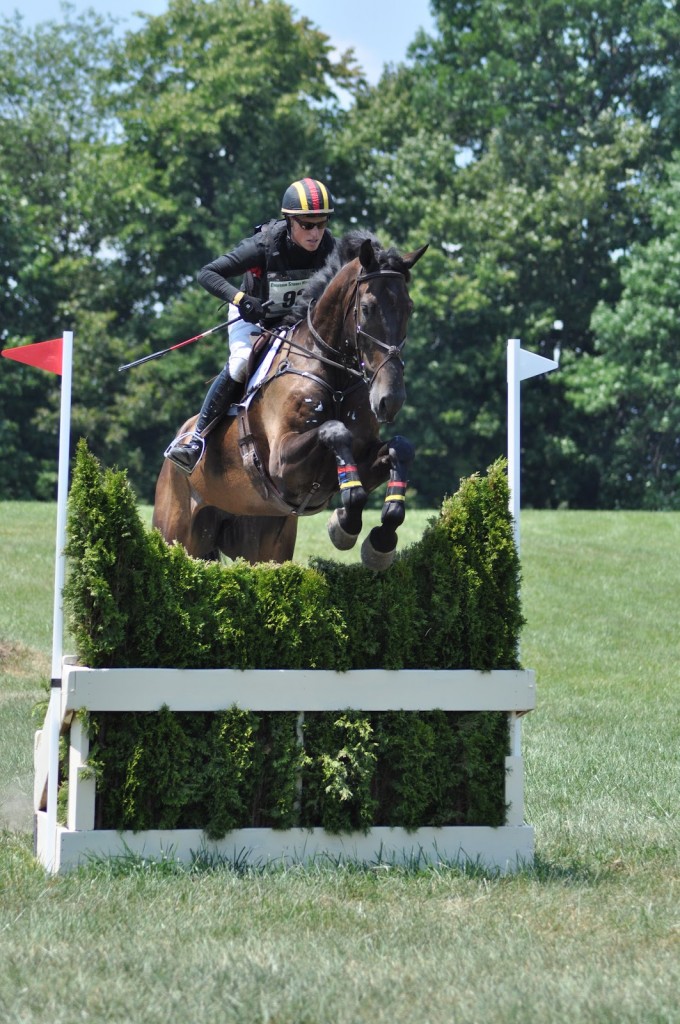 Doug Payne and Lysander at Stuart Horse Trials in their first run at Preliminary level. Photo by Summer Crosby.

Doug Payne is no stranger to bringing a talented young horse through the ranks. His former ride Running Order stars in this excellent video that highlights bringing the former Irish racehorse from the lower levels all the way to this year’s Rolex CCI4*. Doug is looking to achieve that same success with Lysander, a 5-year-old Oldenburg/Thoroughbred gelding who won the Training Horse division at the American Eventing Championships last weekend.

At 18 hands, Lysander’s nickname — Big Leo — is a fitting tribute to his impressive build. Doug chatted about the early days with Lysander shortly after Richland, where the two finished sixth in their preliminary division. 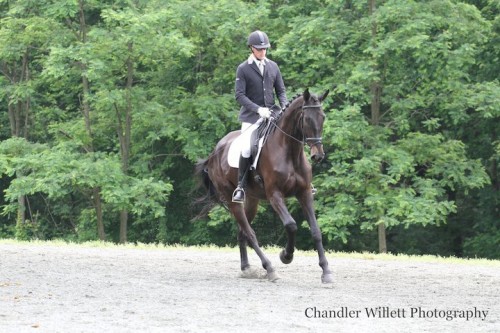 “He was bred by Elizabeth Callahan on the Eastern Shore of Maryland. My mother and Sandy Fritzsche bought him as a yearling as an investment,” Doug said. “I ended up buying him as a 3-year-old, going half-in with Kristin Michaloski. My sister started him; at the time of purchase he was doing walk, trot, canter and cross rails.” Doug dealt with some ups and downs with Lysander in the beginning, namely when Big Leo injured the plantar ligament that wraps around the back of his hock after a rather exuberant stall-kicking episode.

“Luckily, it should not cause a long-term issues. It just meant we had to keep him on an extended period of stall rest. Being that he was so big and talented, I didn’t want to rush his recovery. We took more time than was probably necessary to make sure he was 100 percent.”

Doug and Lysander were able to start their competitive partnership last February at the Paradise Farm Winter Horse Trials, two months after Big Leo learned to jump. They placed 14th in a very competitive beginner novice division, finishing on their dressage score of 36.5. Doug moved Lysander up to Novice at Fair Hill last May, finishing sixth with a 31.7 dressage score and rails in show jumping.

Several months later at Millbrook, Doug and Lysander finished seventh, with a 26 in dressage and a rail down in show jumping. “He’s a very impressive horse and a big horse at 18 hands,” Doug said. “He’s more coordinated and nimble than you’d ever expect for a horse his size. He’s a very talented horse, but with his height he was just tripping over the fences at Novice.”

While Doug’s long legs mask Lysander’s huge height, the 18-hand gelding’s size has been both a blessing and a curse. “He’s a very good jumper — brave and not one to get anxious or nervous,” Doug said. “Due to his size he can be a little bit of a bully. He’s getting better — and doesn’t have a malicious bone in his body — but because he’s so big he can push his weight around.” Lysander’s size also makes riding a dressage test in a 20X40-meter ring rather interesting — “You get about three strides down the long side,” Doug said.

Next week in EN’s Got Talent: Doug talks about his favorite cross-country courses to help youngsters learn the ropes. “I think it’s very important that you find events that have forward-thinking, open cross-country courses,” Doug said. “Try to avoid smaller, trappier courses. The horses don’t come off learning as much as if they run on bigger, more open courses.”