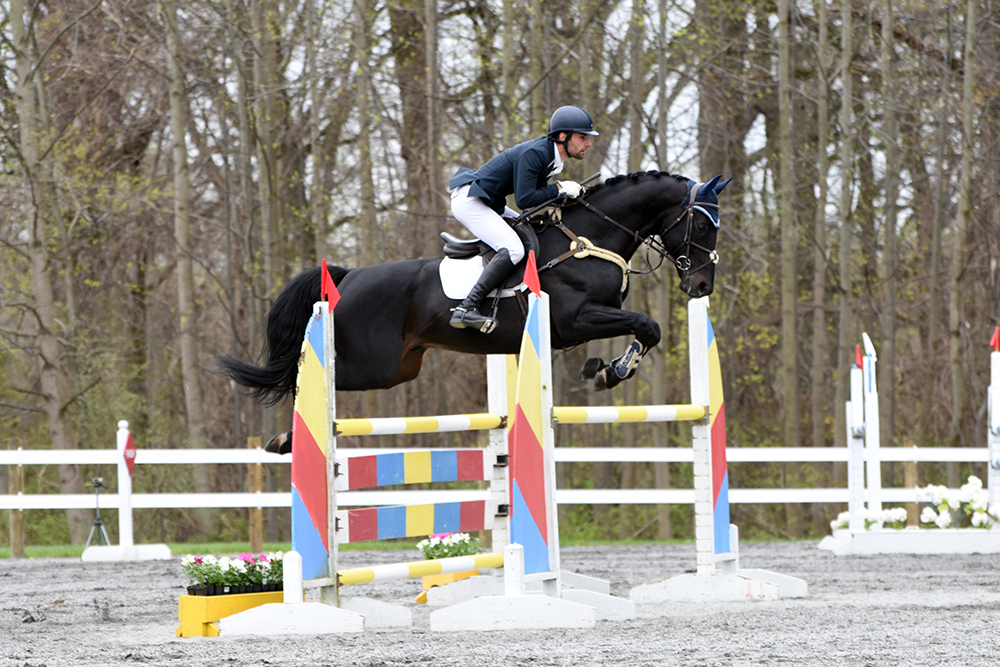 Sandro’s Star on his way to winning the CIC2* at Fair Hill this spring. Photo by Shelby Allen.

When Hannah Salazar purchased Sandro’s Star last year, she joked that she’d have to eat only peanut butter and jelly sandwiches in order to afford him. Fortunately Sandro or “Jelly,” as he’s affectionately nicknamed, has put her money where his muzzle is as he’s catapulted himself to the top of USEA’s stallion leaderboard.

Sandro is a 9-year-old Oldenburg, bred in the U.S. by Vicki Bauer. He is by the Oldenburg stallion Sagnol and out of Vicki’s Thoroughbred mare, Poetic Patter. Sandro boasts an elite pedigree, with ties to such dressage successes as Sandro Hit balanced by the athleticism of his Thoroughbred dam line, and it shows in his competition record.

He began showing his exceptional talent early on, and in 2012 passed his 70-day Stallion Performance Test and became the first of Sagnol’s offspring to become a licensed German Oldenbred. When he scored a perfect 10 for his gallop, his career path was confidently aimed towards eventing.

The following year, Sandro made history by becoming the first North American bred horse to compete at the Bundeschampionate, a prestigious young horse championship in Warendorf, Germany. Here he finished in the top twenty of 5-year-old eventing horses.

Fast forward to autumn of 2016, and Sandro returned to the U.S. to join Hannah, her husband Antonio and Chris’ program at Zarazoga Acres. “He had done a CIC* and then after that he did come back to the US,” Chris explained. “Upon returning, he knew quite a lot from his past in Europe, but I took all of last year to get to know him and develop a partnership with him.

“He’s been an awesome horse to have in the barn. He’s a super cross country horse. He’s got an awesome gallop. He’s been very brave and always wants to come out and do the job,” Chris beamed.

They dove into competition this year, finishing second in the Preliminary at Pine Top before winning the CIC* at the same venue two weeks later. His next step up to the Intermediate level was also a success, and by April Sandro won his first CIC2* at Fair Hill with Chris Talley in the tack. He’s now slated for the CCI2* at the Fair Hill International Three-Day Event with eyes on Advanced in 2018.

All his successes have him sitting as the highest-ranked stallion in U.S. Eventing this year with 19 points currently. “When we saw he was the highest ranked stallion it was a pretty surreal experience,” Chris said proudly. “For Hannah to have a stallion that’s leading in the country, it’s incredible from the breeding side of it to see that everyone’s hard work is paying off.” 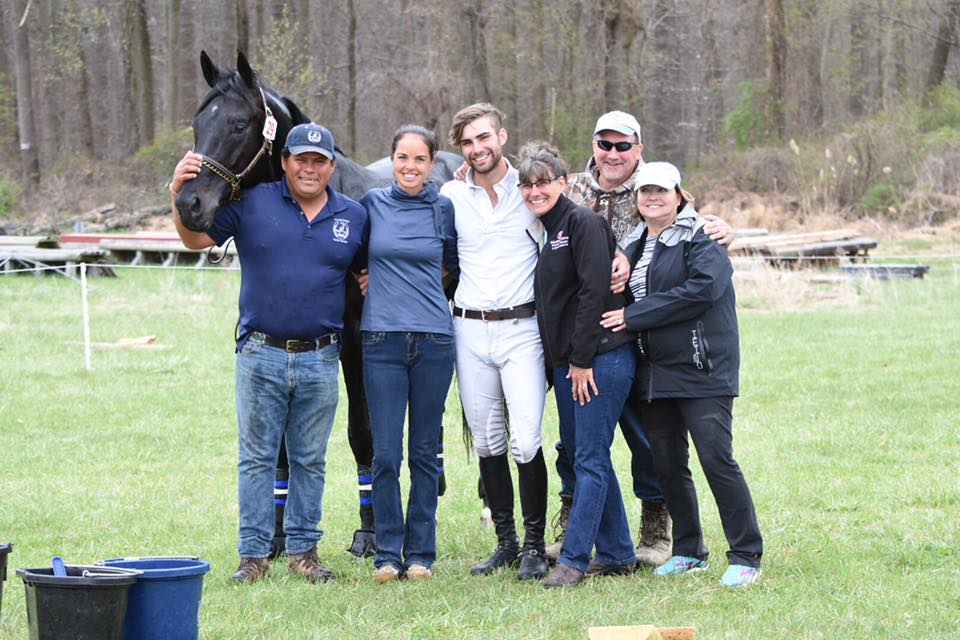 While Sandro was beginning his competitive career stateside this spring, he was also beginning his breeding career at Zarazoga Acres. He had a number of outside bookings, along with six mares owned by Hannah and Antonio .

Hannah believes the validity of his success as a breeding stallion rests on his performance results.

“I think it’s really important for the U.S. market to see that the quality of horses is being produced and bred right here in the U.S.”

Sandro’s pleasant disposition is the cherry on top for this team. “We joke that he acts like a gelding,” Chris said. “He’s really good with other horses, and ships great with them. At shows he’s totally focused. You can hand walk him around with no issues.

“He likes his mares in the barn, but he stables with mares and other stallions and has a really good disposition.”

Join us in cheering Sandro on this fall as we eagerly await to see his babies in competition in the coming years!