EN’s coverage of the Maryland 5 Star is brought to you by Kentucky Performance Products. KPP is our go-to for all things nutritional when it comes to supporting our horses and their healthier selves. Managing horses is a challenge, but KPP makes it simple — and they treat you like a horse owner, not just a customer. You can learn more about KPP by clicking here.

As your loyal British and European correspondent at EN, I feel like I’ve truly found myself ahead of the fashion curve for once in my wildly untrendy little life. I’m talking, of course, about the burgeoning crazy Stateside for a certain boot company that’s become such a pervasive part of trot-up culture that I can practically hear the American riders whispering their apologies for that unpleasant incident with the tea in the harbour every time I cast my beady eye over a jog strip. We got them first, darlings, but we’ll graciously allow you to take inspiration from how wildly, ludicrously attractive we Brits are. It’s fine.

This month, our long flirtation with Fairfax and Favor finally went official, and we’re delighted to welcome this brilliant British start-up (which has now well and truly taken over the world of equestrian fashion) to our stable of supporters. Our first united mission? To hand out the awards that the ground jury skipped over at the Maryland 5 Star first horse inspection – and then to hand the voting over to you, dear reader, to pick your favourite of our selection. The overall winner will walk away with a pair of Fairfax & Favor Regina boots (or, if we have a winner who prefers men’s footwear, we’ll accommodate that too!) — not too shabby a prize-pot to claim before this history-making event has even truly begun!

So sit back, get comfortable, and let’s dissect these trot-up outfits like we’re the second coming of Joan Collins on the stairs of the Met Gala. We might just give the mani-cam a miss for this one, though. 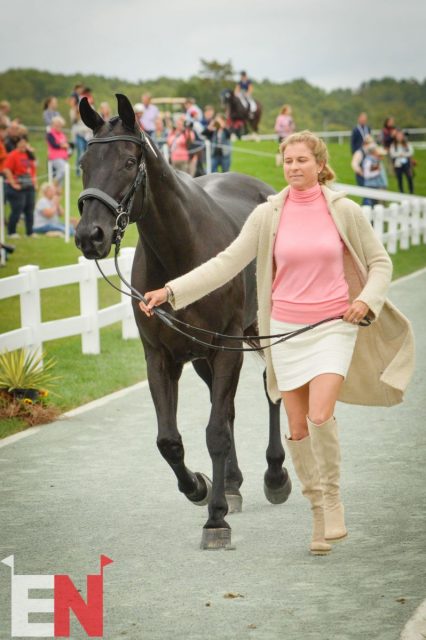 “What, like it’s hard?” Pairing a sugary sweet pink roll-neck with a cozy cashmere – and some killer knee-high block-heeled boots – feels very goodbye-sorority-hello-Ivy-League, and we’d like to be the first to volunteer for a cross-examination, either by the dressage-judge-and-rider herself or Favian, who’s a Gemini vegetarian and an all-around top babe. By showing a bit of leg but keeping the neckline high, Valerie ensures she doesn’t look like a tort. Ahthankyouverymuch. 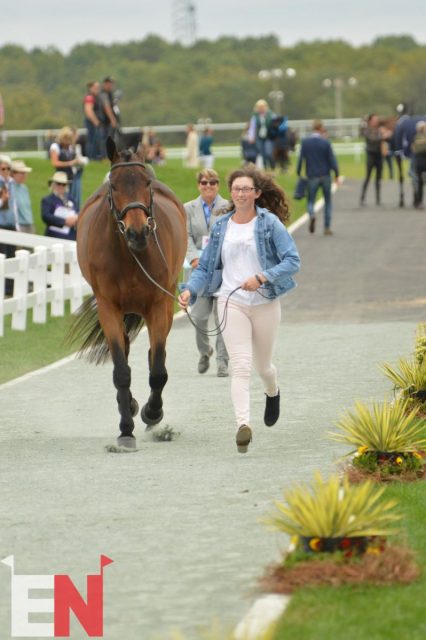 The second I laid eyes on CCI5* first-timers Emma Lomangino and Master Frisky, I felt a surge of something innocent and wonderful that my jaded little heart hasn’t encountered since long before the first time I lost control of my outfit at a Boekelo Tuesday party. I’d safely wager that most of us grew up rewatching International Velvet and Sylvester on VHS until they disintegrated, but Emma brings forward a jolly good vibe that feels a little more My Friend Flicka. Here’s how I imagine mornings in the Lomangino household went when Emma was but a wee lass:

Papa Lomangino, setting his coffee down with a heavy sigh: “Breakfast’s ready and that girl’s not here. Again.”

Mama Lomangino, gazing wistfully out of the kitchen window: “She’s been so distant recently. And since that new mare arrived…”

Papa Lomangino, slamming down the coffee mug that he’d only just picked back up: “…I don’t want to hear another word about that god-damn new mare! It’s wild, and it’s going to the auction, and no daughter of mine is going to get smashed up trying to do anything else with it.”

Mama Lomangino, turning to Papa Lomangino with a single tear threatening to leak from her eye: “But don’t you think that having something to focus on could help her? Maybe this is what she needs!”

[The scene swaps to outside, and a small, dusty corral in which a wild-looking horse is gallivanting around the perimeter while Emma Lomangino, dirty but determined, glares at her from a heap on the floor.

Emma Lomangino: “You’re just as broken as I am, girl. You might not see it now, but I’ll show you — and then we’ll show everyone.” 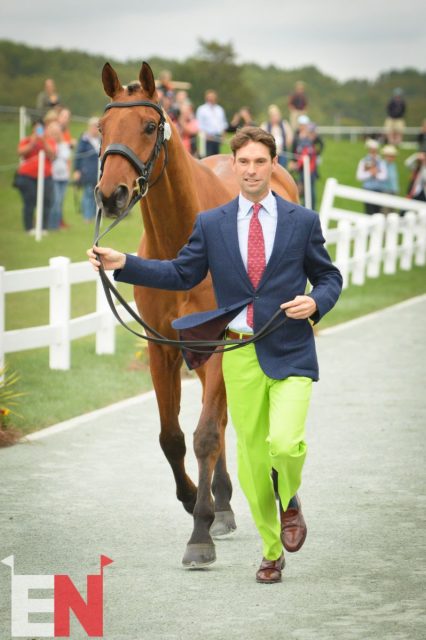 Harry Meade is a lovely chap, don’t get me wrong — he and his wife, Rosie, are among my favourite people to see at events, because they’re ineffably positive and always have time for a good natter. But Harry really ought to reconsider what he’s wearing on Sunday morning, particularly if his fellow riders decide to have a jolly little knees-up after a gruelling cross-country day. Imagine seeing this first thing in the morning, while you’ve still got sleep in your eyes and your dim, regrettable memories of the night before are starting to appear in sharp, nauseating focus? Neon green and latent quease is a terrible combination, and I hope for everyone’s sake that he opts for his trusty periwinkle pair for the final inspection.

The Fairfax & Favor Golden Chinch for Nailing a Reference, Even if it’s the Wrong Reference 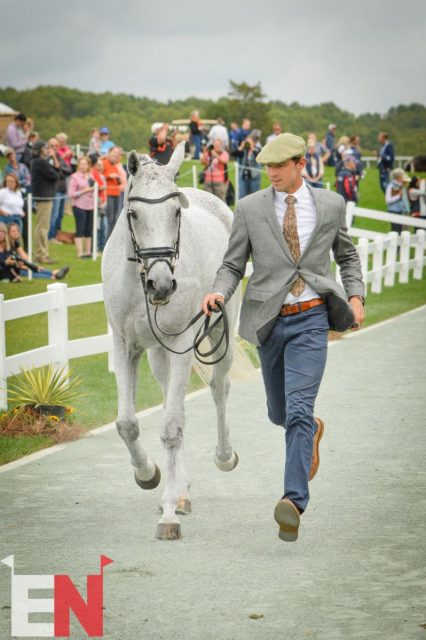 Will Coleman and Tight Lines. Photo by Abby Powell.

Whenever I see an event rider in a flatcap (which is often, for what it’s worth), I have to assume they’re leaning into the Tommy Shelby ‘by order of the Peaky Blinders’ sort of vibe. And I can kind of see that, I guess, but the vibe I really get from Will Coleman and his behatted compatriots is a bit more niche. About a decade ago, the British tabloids would run stories about the ‘riff-raff’ that Zara Tindall competed against on the eventing circuit, including, notably, ‘son of a milkman’ Oliver Townend. Will Coleman, to my eye, is cosplaying as that mysterious Yorkshire milkman. I like to imagine he delivers glass bottles by horse-and-cart, doffing his cap at the ladies and asking, ‘is that a skim or a whole milk for you today, love?’ in an almost incomprehensible oop north accent. 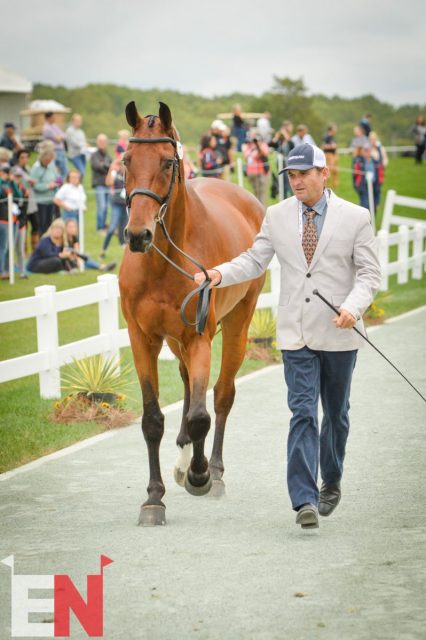 Though I’m safely tucked away just south of London these days, I spent my teenage years living in rural coastal Maine, where there’s not an awful lot going on except for blueberry harvests, early morning outings on lobster boats…and redneck men who have been invited to formal events and need to find a way to compromise so they feel comfortable. Walk into any wedding — or prom, mind you — in rural Maine and you’ll find an array of women in nice dresses and a hodgepodge of different outfits from the menfolk: suits for the very brave boys, camouflage zip-off cargo pants and a stained Red Sox t-shirt for those who really fear the ill effects of fashun. Somewhere in between is this, as demonstrated by Phillip Dutton: a chino that could pass for a favourite pair of jeans (a jean-o? Just an idea), a sport coat and tie for good measure, and a baseball cap to calm the hyperventilation that I imagine started just at the point that Phillip had to tuck his shirt into his waistband. It’ll be alright, buddy — they’ll play ‘Friends in Low Places’ soon.

The Fairfax & Favor Golden Chinch For the Most Assertive Shoulders 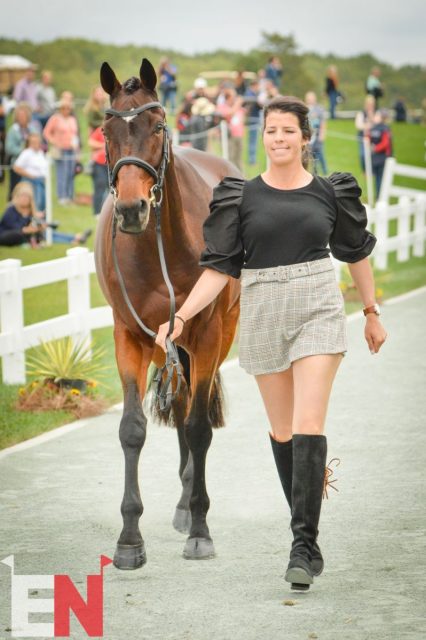 I admire any woman who can wear and pull off a statement shoulder, as Meghan O’Donoghue did while presenting the delicious Palm Crescent for inspection. I myself have the shoulders of a linebacker and the hips of a whippet, which isn’t a great combination at the best of times but is truly beyond the pale when adorned with anything even remotely resembling a puff sleeve. (If I try to add a messy bun, too, all bets truly are off and I just become a flirty Miss Trunchbull, which never helped anyone pin down a rich and elderly husband, insofar as I’m aware.) Anyway, enough about me, let’s talk about Meghan, and her bold choice to stride down the jog strip wearing the outfit you’d don to your work’s end-of-quarter drinks party if you knew that Paul from accounts, who you really, really fancy, would be there. This is an outfit that says ‘I can balance a chequebook but I can also balance a shot glass of tequila on my head without spilling.’  I look at this and I’m reminded of my high school’s secretary, who I’m certain stashed a bottle of neat vodka under her desk and was trolleyed by the time the first bell went at 8:02 a.m. It is, as a result, an outfit I am extremely into. You go, Meghan O’Donoghue. 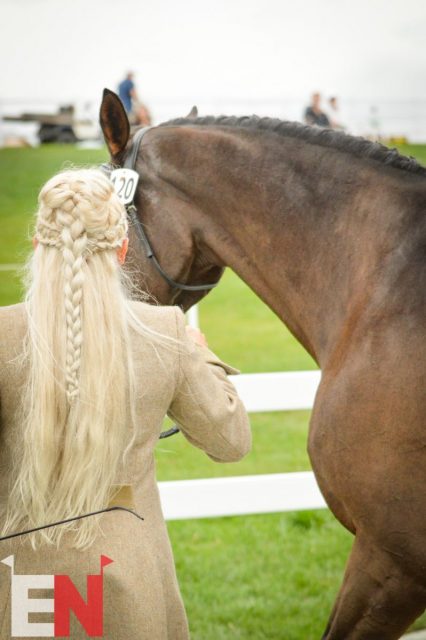 Once upon a time, a certain Irish statistician and I passed a jolly hour in the Badminton media centre by re-casting Game of Thrones with people from the wider eventing community. That off-season, I entertained myself by putting together the visuals to match. I’m kicking myself now for never thinking of Hawley Bennett-Awad, who strode down the strip looking like a haute couture Daenarys Targaryen, except without the familial dalliance. Perhaps this off-season I’ll photoshop her emerging from the ashes of a fire with a teeny-weeny, ferocious little Jollybo on her shoulder. In the meantime, here’s Tim Price as a Dothraki. He assures me he does actually have those tattoos. 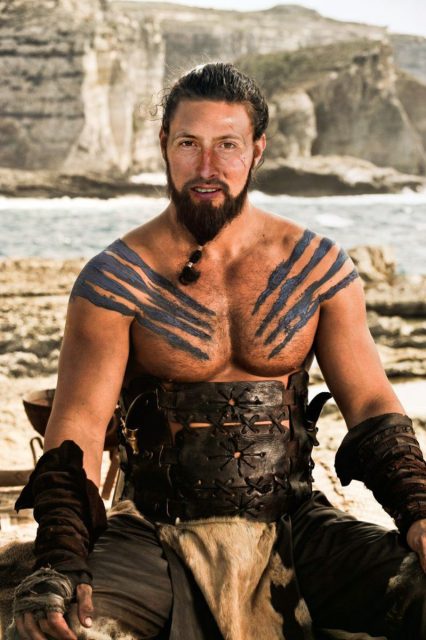 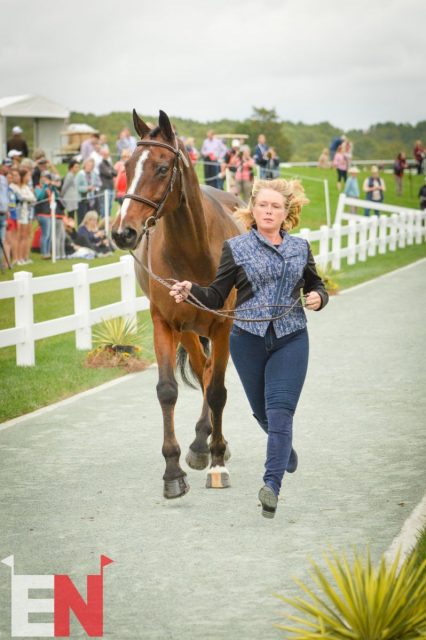 I’m getting a strong substitute teacher vibe from Colleen Rutledge, whose jacket masquerades as a natty little waistcoat at first glance. But Colleen’s the substitute teacher you cross your fingers and hope for: she’s not remotely interested in the boring work of pop quizzes and marking assignments. Instead, she’s brought in her trusty pal, the classroom television, and she’s going to stick Gattaca on because you’ve been learning about DNA and that’s, like, sort of related, whatever. Just shut up and watch the movie, because she’s really here for one thing and one thing only: she collects staffroom gossip like it’s her actual job.

The Fairfax & Favor Golden Chinch for the Rider Most Likely to Survive the Nuclear Apocalypse, and Whatever Comes After It 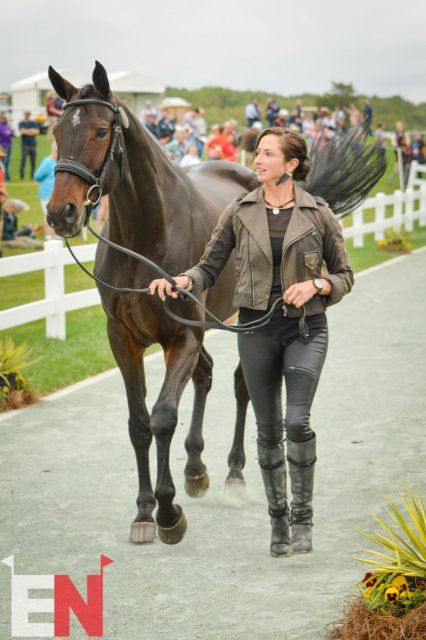 When I look at Jennie Brannigan on the jog strip, I don’t see the stunning visage of Stella Artois next to her. Instead, I see Tom Hardy in a souped-up truck, a bit of crusty blood on his cheek and one finger poised and ready to start the flamethrowers up.

“You getting in?” he gruffly asks his copilot, who has a machine gun under each arm but hasn’t even broken a sweat while being chased down by a lorryload of homicidal guitarists. She raises an eyebrow, looks him up and down, and then jumps into the cab, relegating him to the passenger seat so she can get the job done properly.

Someone texted me the other day to ask me if there’s a technical term for the strip of dirt on which the trot-up takes place. Now I realise that it’s actually called the Fury Road.

The Inaugural “Is That Eine Brezel in Your Pocket, or Are You Just Happy to See Me?” Fairfax & Favor Golden Chinch 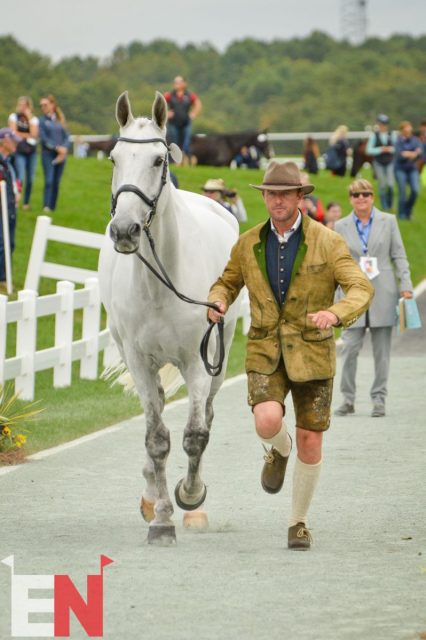 Will Faudree and Pfun. Photo by Abby Powell.

Ah! Das ist gut, Will Faudree. Will, who travelled with the US team to pre-export quarantine in Aachen, wasted no time in Germany and can now be found practicing his yodelling in the Bavarian Alps whenever he’s not at an event, Arsch treten und Namen nehmen. Fun fact: did you know that it’s not actually possible to wash lederhosen? Thank god it’s an overcast October in Maryland — and if you see Will donning this attire down south this winter, just smile and wave from afar.

So, now it’s your turn dear readers! It’s an important vote you’re casting, to determine our winner, so think carefully and vote by Friday, October 14 at 5 p.m. EST! PS: We wouldn’t want to leave you out of the equation, so we’re also giving away a pair of Regina boots to a reader who enters our Instagram trot-up challenge! Click here to visit our Instagram page and watch our Maryland story highlight — all you need to do is “trot up” your horse, dog, cat, pig — whatever — on your own story!