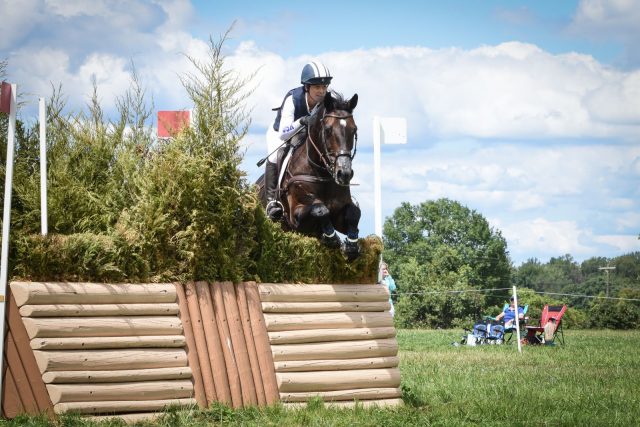 Entries are officially open today for the MARS Great Meadow International, taking place Aug. 20-23 in The Plains, Virginia. This year, organizers are thrilled to offer an expanded selection of divisions, including a new Preliminary Horse Trials division as well as a CCI3*-L, pending FEI approval. Entries will be capped at 220 in light of health precautions as well as scheduling logistics — your best chance of obtaining a spot is to go ahead and enter now.

It was a big undertaking for the team at Great Meadow, which fielded interest from US Equestrian to host a CCI3*-L as an addition this year. Unlike many other venues, Great Meadow has just one main competition arena, which makes adding multiple divisions more complicated. It was a challenge the organizing team led by Darrin Mollett as well as scheduling whiz Steve Symansky were up for.

“We just needed to see if we could pull off the scheduling,” Darrin said. For cross country, designed by David O’Connor, the expansion to host both a Preliminary as well as a Long division was easier due to the amount of acreage available. Routing the course, however, will take the CCI3*-L from one side of the property to the other, using the competition arena as a connector. Some scheduling wizardry ensued (“Steve Symansky was amazing with that,” Darrin added), and the modified schedule can be found on the updated omnibus listing here. Please note that the CCI3*-L is still pending FEI approval, but riders are nonetheless encouraged to enter and will receive a full refund should approval not be granted.

MARS Great Meadow International is also a spectator-friendly venue, but social distancing protocol this year will have this event looking just a bit different. Never fear, though, Darrin says the team is working hard on some creative tailgating options in order to allow for some spectator traffic. More information on this will be posted on the Great Meadow International website once finalized.