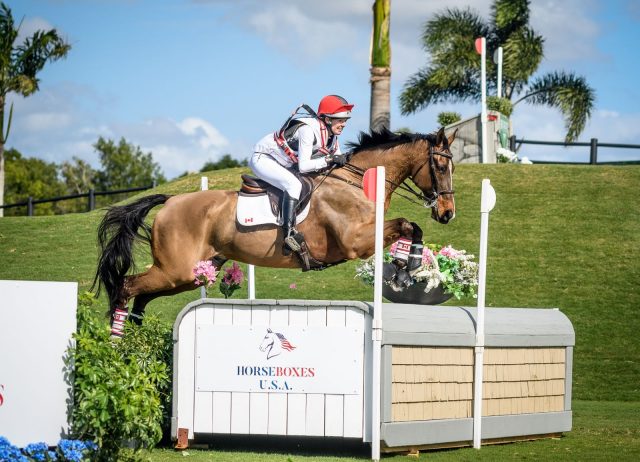 Equestrian Canada has named its Eventing National Team riders for the new year, splitting the list into the National Squad and the Developmental Squad. A total of 20 riders have been selected between the two squads, and the focus of this program for 2020 will be individual qualification for the Tokyo Olympics. Canada has the option to fill two individual spots for the Olympics this year.

The National Squad consists of pairs “committed to and capable of producing individual performance results at international 4* and/or 5* competitions, and who show the ability to contribute to a top six team result at major games.” The National Squad list is as follows: 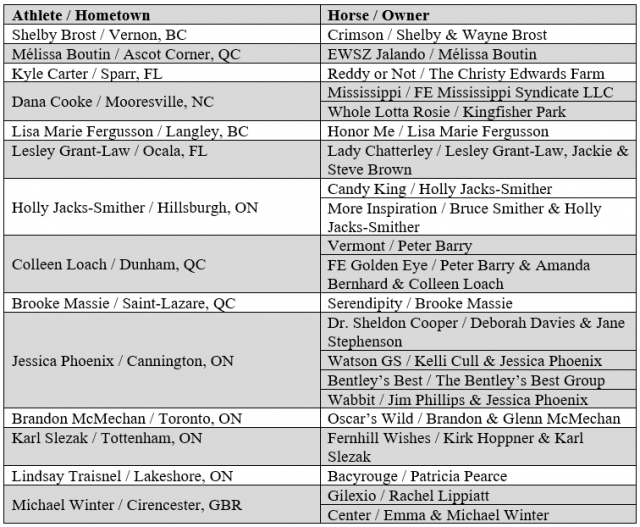 “We are very pleased to announce the talented athletes and horses that comprise the 2020 High Performance Squad,” Rob Stevenson, Chair of the EC Eventing High Performance Advisory Group, said in the announcement release. “We feel that this list reflects the progress fostered by David’s technical leadership. The Squad riders will have the opportunity to train with him throughout the year, most notably at the training sessions that are taking place in Ocala, FL, throughout the winter months. The two training sessions to date have been keenly attended and highly successful as we look to hone the skill base of our riders and horses.”

The National Team Program provides a pathway that supports the progression of targeted Canadian athletes in the Train to Compete and Learn to Win stages of the Long-Term Equestrian Development (LTED) framework to achieve international podium performances. It is aligned with EC’s high performance strategy and supported by funding partners, Sport Canada and the Canadian Olympic Committee.