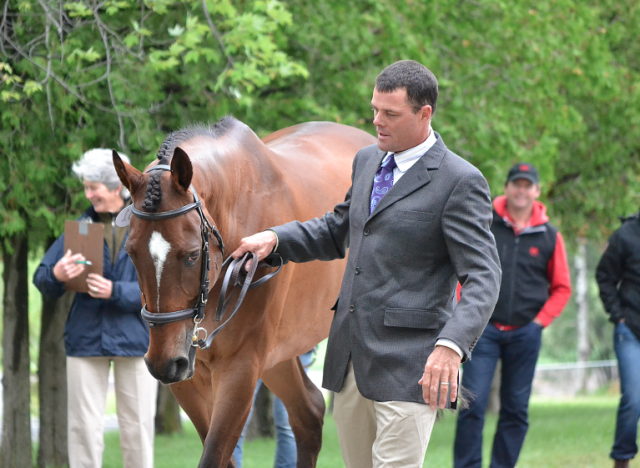 It's pretty awesome to see Kyle Carter and Madison Park on the short list! Photo by Jenni Autry.

Equine Canada just announced the names on the 2014 Canadian National Eventing Team. The short list was released back on Dec. 9, and the Canadian Eventing High Performance Committee made several changes before releasing the final list. Congrats to all the horses and riders who made the 2014 team list. Go Canada!

Riders are listed in alphabetical order.

The 2014 Short List is comprised of horse/rider combinations which, have proven through their results at CCI/CCIO/CH 3 star and 4 star competitions within the time period designated under general regulations, they are successfully representing Canada in international competition as individuals and/or team members. 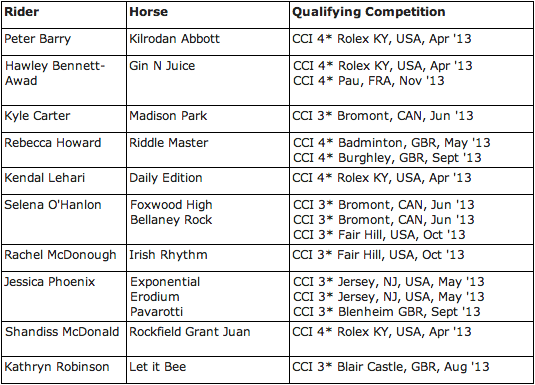 The 2014 Long List is comprised of horse/rider combinations which, have proven by their results at CCI/CH/CCIO 2* and/ or CIC 3* competitions within the time period designated under general regulations, with the potential to become short listed team members. 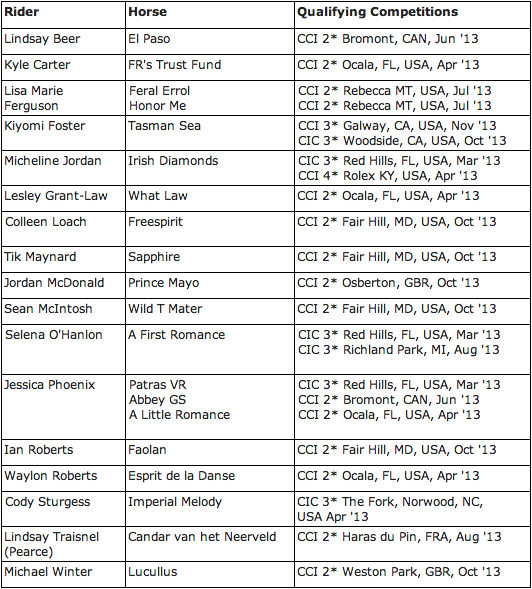